A bit of help here?

Well…I reached floor 142, and it started getting hard to play on mythic difficulty.
Edit: The pics are on the second post because I couldn’t upload lol.

The weaken and explosion work pretty well, but since I have luck to find only weak items…I can’t even start to do something better unless I unlock something and craft.

What do you guys recommend to unlock?
I have @ 530 dust.
Or what should I do? Because I really hate this meteor skill. I can’t make combo with it…plus it has it’s flaws. I’ve tried a piercing weapon…and I hate that too.
I can craft 3 more eternals. Livid wicked wand / ashakic records and astral communion.
Should I craft the wand and the ashakic? The taunt with blizzard works well…but I’m worried about the other items. Since I may not have full dmg. 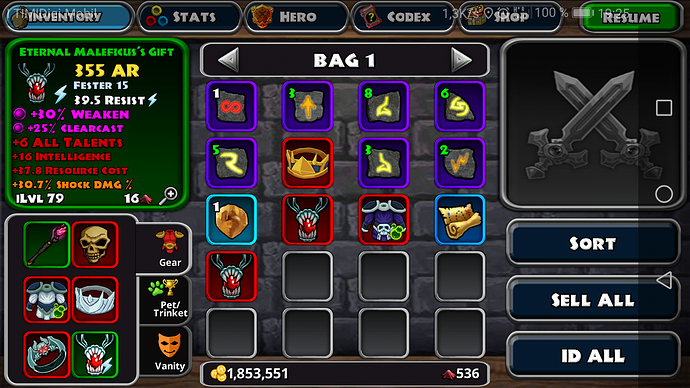 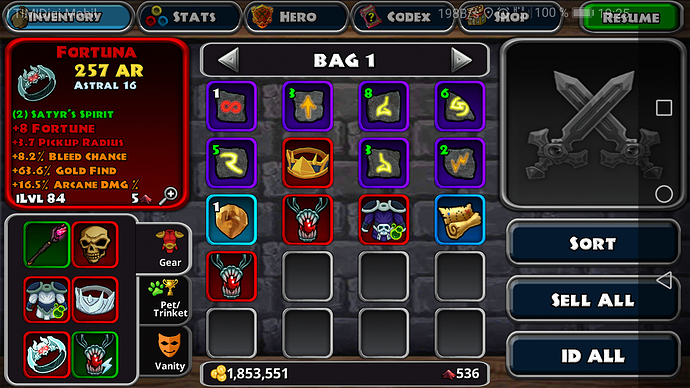 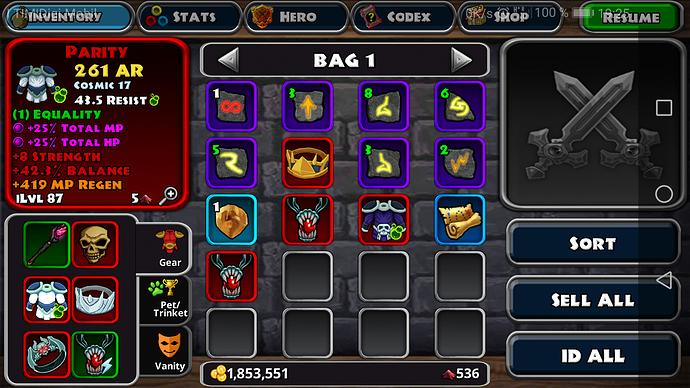 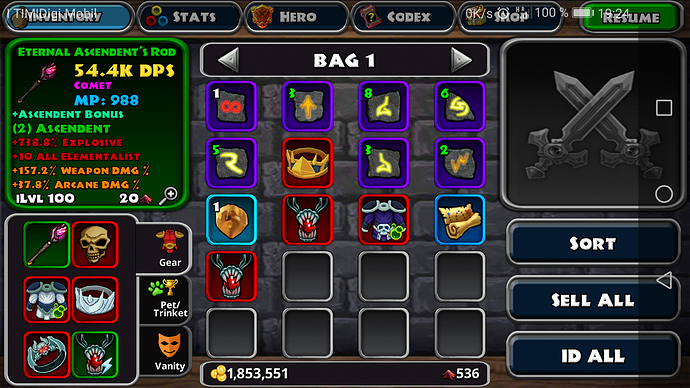 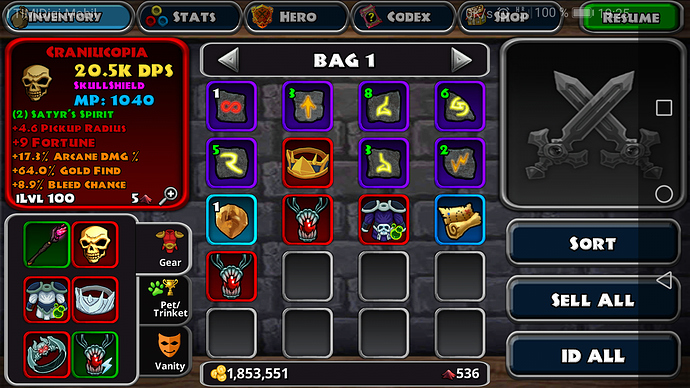 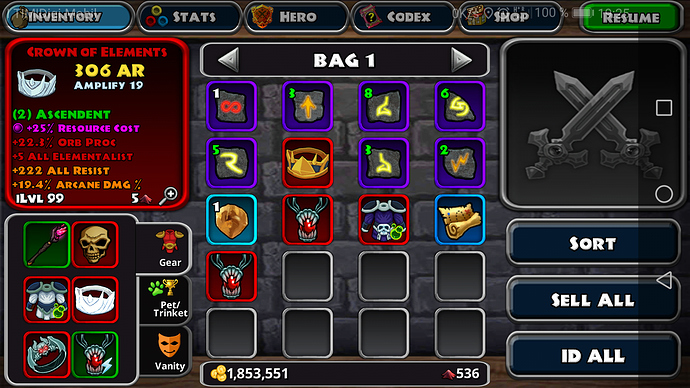 you will only get so far with random Legend items. sure, with the right combination of items, you could go further, but then you will have to do some serious crafting to really go farther. I would suggest making a Farm Build for around floor 100-150. if you want to Ascend for Perks, then you will need to make an Ascending/Farm Build combo, and just farm for experience on floors 100-110 (experience from monsters maxes out at floor 100). the base of a Farm Build for this purpose is to get Luck and Gold Find on your stat page to 650%-850%. for the Ascending/Farm Build, Luck and Gold Find to 650%-850% and Experience Boost to 200%. any other affixes are to kill monsters and stay alive. making either of these builds will give you a good foundation of knowledge in how to craft items, and what affixes work with other affixes.
when I first started, I was using items I found. but you can only get so far using random items. someone once posted some random items they used that got them up to floor 500+, I think, but the problem with most of these items is that they are focused on a theme of some kind. the job of us players is to put all these themes together into a build that makes the monsters melt away when we are farming or climbing floors. I was using Legend Farm/Ascending Items at first, on Very Easy, and eventually I started crafting items that did great up to floor 200 on M3. which meant I was doing awesome on floor 110 (which is where I was farming for Experience to get my Perks).
lastly, take a look in the Codex under Affixes, Crystals, and Myth Stones, and maybe Mythics. then look around the Forums to find out which ones of these you can get by crafting and which by finding as loot.
practice making a good farm build with Epic items first, that way, when you start crafting the Legend items, you wont feel so lost.
I know this isn’t exactly the help you are looking for, but this way will help you a lot, later in the game.

Drop difficulty to legend around same floor. Keep levelling untill you drop stuff that will help you for higher floors on mythic.

A cheap build for your level it permafrost hat and ring, druidic amulet and armour and plagued weapon and offhand. That will get you easily to floor 200 due to bonuses

I’ll try after I ascend first.