Arena is a JOKE 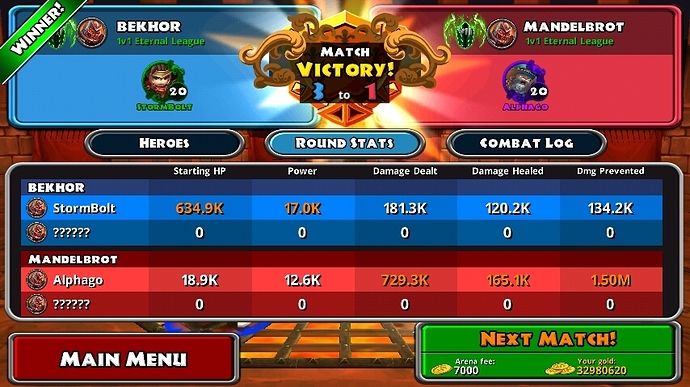 So you are the responsible of his 1 lose. (Mandelbrot has 1 lose only 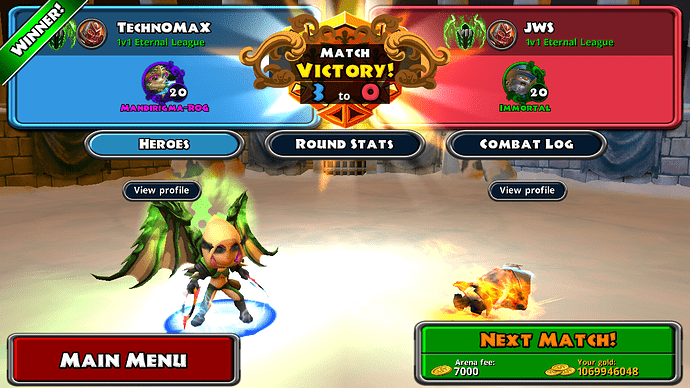 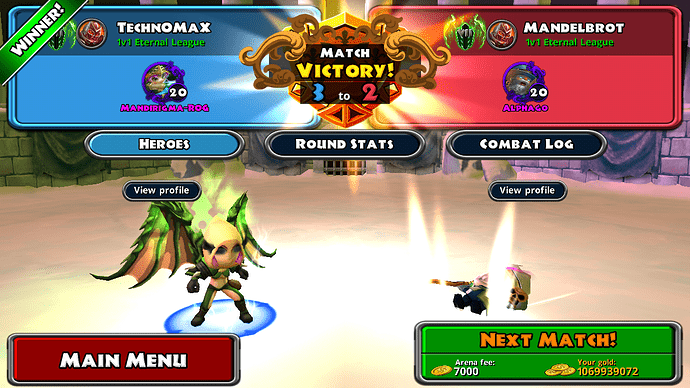 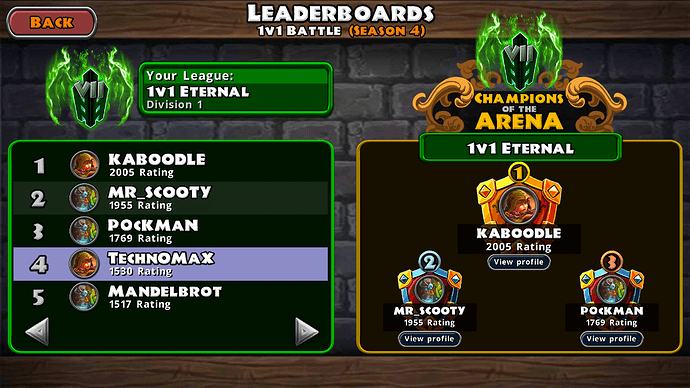 Having high HP Immortal Builds makes me need to draws many times so my Scalp DMG becomes very high like 20k per hit for 1 hit K.O. I draw 20 times to Mandlebrot with 18k HP but on JWS (Midlumer) I just need 15 Round draws BUT the exchange of this 1 win I got 2 loses (reduce 20 trophies) from other players. Good build to challenge players but very frustrating enemies for others.

Frustrating for those characters who depends in close range fights

My biggest gripe about the Arena, isn’t about the Arena at all. It’s about how computer servers in general process information on a first come first served basis. So if a player happens to be high speed fiber optics. I no longer complain, I simply hit “forfeit” after the first round of combat. Hell why bother, if a player needs all that speed just to win a combat instead of tactics. Let them play by themselves, I ain’t got time for bs.

arena is not real time

No such thing as “real time” in computers. Connection speeds vary. But if somebody you are up against in the Arena is getting 10 commands issued for every your one. It’s no longer about skills and tactics, and I’ll forfeit.

When it comes to computers and servers, “real time”, just like the term “multi-tasking” is a myth, not a reality.

It IS possible to throttle speeds of individual users to the server. The company may want to look into that as an option.

Agreed hahahah I have a very crappy phone and a very crappy internet connection but I still manage to reach eternal league in no time . xD

Same and that was a year ago. I could barley play campaign though but that’s fine.

Nowadays I overclocked my S6 and can play high fx, ultra high shadows and screen shake and no problems. Hardly any zombies!

Overclocked CPU and GPU of the phone SoC (socket on chip uses both cpu and gpu without fans) to achieve this and battery still fairly solid even though S6 battery is usually bad.