I’ve been getting this alot: I fight an opponent, and, win or lose, I achieve a victory after one or two fights. I fought this team twice: 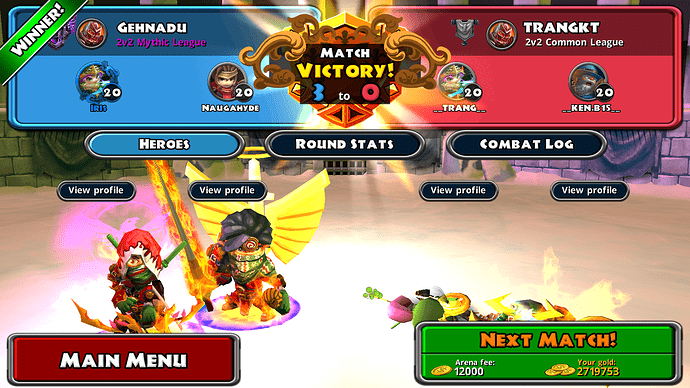 so many bug at BA now, but tomorrow is the release of BA season 2, so lets prepare our selves coz as what steiger said, all points in BA will be reset

7 posts were merged into an existing topic: The Question Thread

Moved every offtopic here to question thread for overall view.
Do you have a stable internet? Does it happen to 1v1 arena too?

I play arena on a network with fiber optics. It occurs on 1v1 and 2v2.