Best weap for wizard? i'm going to put bombard on it

Show me that weapon of yours in screenshot or by camera shot or whatever u can do to show me picture. 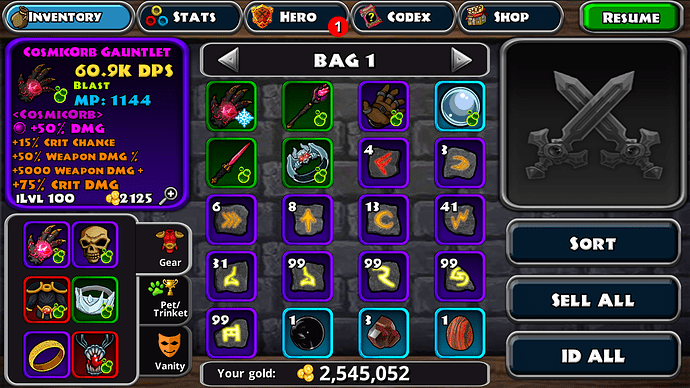 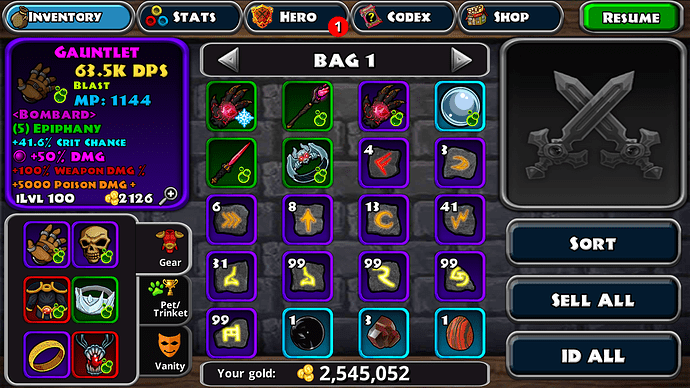 Cosmic orb far better than bombard for pvp and I know because I tried it.

The thing ie cosmic orb is good if you can spam it from moving to opponent via aftermath or blinkstrike or some other method or just camping but bombard is best if you don’t spam much cosmic orb easily. Still cosmic orb is far better becz it attacks twice in a second, each for 350% MH dmg. Also its a distance thing so you can aim it at further away opponent. Also cosmic orb is really good in campaign because if you spam it someway, it can stun lot of enemy with bewilder talent and it generally dmgs lots of enemies at once. It can be devastating in campaign if you deal billions of dmg .

There is the arc mythic but thats not suited for pvp becz u have to camp or get way too close and stay in that range but it all depends. Arc does the most dmg of all of them though and also quite devastating in campaign becs u can aim at faraway enemy and it spreads through others. This is especially helpful with ice element because it freeze or slow them down. If reactors bug fix is fixed, you can try arc mythic at some point because it attacks every 0.2 seconds.

For now choose cosmic orb because jts cheaper but deals much better dmg but if you find bombard better, by all means choose bombard. It all down to your build and self preference really.