I had nothing to complain since 4years of Dquesting

. But today is the day. I manages to grab the latest version on the appstore because the dust crafting sounded like crazy things. The fact is that i used to play on a tablet and i had some rare legends conpleted. But i uploaded my save then to get it on phone. It occured that i lost some codex legend completion (such as nadroji robe ). 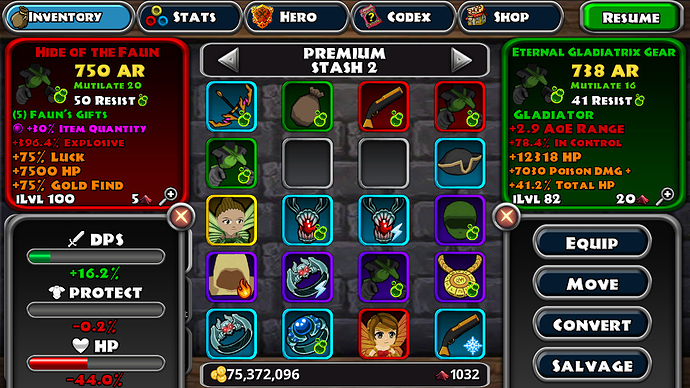 So my question is: is this a bug? or is it totally set up that we cant have eternal in codex when they are from last patch? same for legends 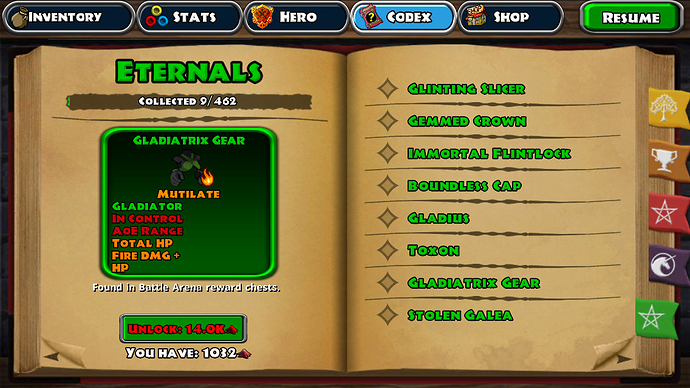 I thought maybe salvaging an Eternal would cause it to count in the codex, but it didn’t. No worries, more reason to farm for more!

it wont, opening chest will work to save the logs at codex eternal