When I did my firsts steps on battle arena, I was wondering what “power” on arena was supposed to be. At first glance, I thought it was how much “power points” I had invested on my character, but facing players with higher power values against my fully invested power character made me to discard this hypothesis. After it, I just figured out it was a potential power measure, that I could compare against my opponent. Although, I have found it was not absolute: Facing and defeating players with higher power values and also losing for some with less power than me just encouraged to see battle arena power as a “magic number”. I’ve ignored it until recently, when I found the below post of @marwinberna on forum:

I thought it was such an absurd, cause I never saw a non-hacker player with this value. It made me to question how “power” is really calculated. So I did some empirical tests and I have found a formula that is pretty accurate (also that what Bekhor said is partial true).

If you're familiar with damage calculation, just jump for the next section.

Where:
Xmin is minimal affix value. When crafting items, you will notice that affixes come with ranges, e.g. [10-50] Glasscannon, [10-75] Luck, etc. Value on left bracket is minimal value of it. Items which can’t be crafted, such PTL, you can take similar affixes to deduce its value, e. g. PTL is similar to Glasscannon, so you can assume it has same affix range (it really has). Also, that formula only works for non-eternal item affixes. In order to use it, just divide its value by 2 e. g. 86% Eternal PTL becomes 43%.

Not a complete list, I didn’t test every affix in this game, but many to deduce some things as I comment below.

By conditional boosts, I mean boosts that only apply under very specific conditions. Examples: Angelic only boost skills with CD less than 1 sec, Masochism only when your HP is below 75%, Identity only when skill isn’t of your class, Skilled only for primary weapons and others. Even if you satisfy it for one skill, it won’t increases your battle arena power, because it counts only what increases all skills. This is somewhat the case of Defiant: While it always increases 25% damage, it has a conditional parcel which comes from your current HP. This shows that battle arena power is very limited and can be far different from your real power, which comes from conditional boosts and also DPS.

You can also deduce that things such Multi Attack, Extra Attack Chance, Attack SpD, Elemental Crit Chance/DMG, Crit Chance/DMG, Procs and others don’t boost your arena power, since I didn’t mention on my list (LOL) and tested them all. 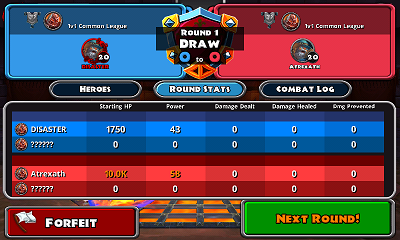 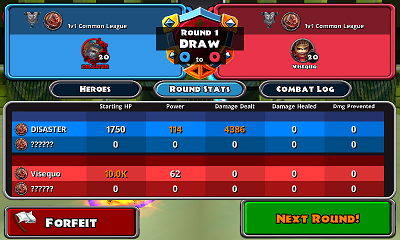 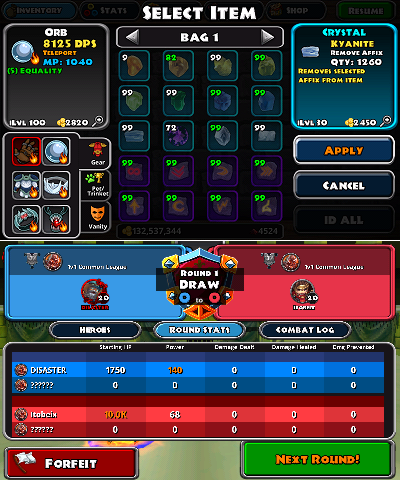 As you guys could see, battle arena power isn't that great, as it only tells you about a portion of your real power, since it doesn't consider many affix on its own calculation and consider only your MH weapon stats. But if you're still interested on it, this guide can help you with your curiosity. Another use sure is checking classic offensive affixes on a build that you see on arena and "reverse" his damage affixes (homework).

I also recommend making an excel spreadsheet to automatize calculation process, if you are really interested in power, or even if you aren’t, almost everything I said here applies in real power calculation.

For BWD values for all weapons, check my spreadsheet: https://tinyurl.com/DQBWD30

Special Thanks: Bekhor for causing my doubts and Midlumer for his Damage Maximization Guide, from where I got an explained version of damage formula.

Sorry for my bad english wherever you have found it.

@update 07/09/2017: Even WD+ on MH not affecting OH damage, it still has a contribution on Battle Arena Power.

Good Job @luisfsk. Thank you for taking out the time to provide this level of detail and understanding of the PvP power number for all players.

I’m trying to rebuild the said build I told you before. I just need sometime to farm Eternal Pet (which is dream to me)

Thank you for this well though out guide.

Good Job @luisfsk. Thank you for taking out the time to provide this level of detail and understanding of the PvP power number for all players.

Thank you, it is pleasure understanding this game mechanics, so no problem about spending some free time xD. After all info that I got here, It is a minimal favor I could give back.[quote=“CuzegSpiked, post:4, topic:17727, full:true”]
Thank you for this well though out guide.
[/quote]
Thank you, but I wish I could have a better english to fully clear ideas.

I’m trying to rebuild the said build I told you before. I just need sometime to farm Eternal Pet (which is dream to me)

Just in your dreams

Your English is good

did you find it? it was a multiplication by 0

Sorry. I get it now.

Are you certain that defiant don’ boost your power in arena? Just my thought, it say that it boost your dmg though. The conditional dmg is when you’re HP becomes low.

I think defiant Increase damage but I can’t tell that easily or if it gives DMG boost as you lose HP. It definitely works at damage Reduction though so no issues there. Lets test.

@luisfsk is correct. Defiant does not show in power display but it’s damage boost works in your attacks.

It seems like flat WD is not part of thr formula. Why is that?

Just a minor oversight. Flat weapon damage is added after the weapon quality.

Because I forgot. I tested and it also increases power, even it only affecting MH damage. I already did correction on guide, thank you.

By any chance you know if AI in practise match have a fix affixes on them?

Probably not, cause sometimes I notice they’re recovering, sometimes reflecting DMG, etc. so I doubt too much.

Is “damage to elites” good to have, or is it pointless…?

It seems pointless although it is free DMG, only to magic+ enemies. It’s only 25% though and only found on certain gar. Whether it’s worth it or not depends on you but I just seen better days to spend affix slots.

In PvP , it’s only 9% instead of 18%. Halved the value of Glasscannon and Barbarian but the difference is that no cost for 25% increased DMG, the only difference is reliance on elites. More powerful with things like Frozen though but not often used in general.

It’s not on you whether it’s worth it or not. I didn’t find it worth the affix slots and because of such conditions. I preferred Execute DMG 100% or Demonic for eg and other forms of DMG that were more easier to achieve without reliance on elites.