I’m pretty much into Rogue, especially chakram. I’ve browse thru all the guides, however, all the chakram guide seemed out of date. Can anyone post 2.1 chakram guide pls.

OP actually for me

Can you show of chakram build sir ?

Chakram at 2.0 is fine you just need to update those builds

I’ll show my chakram build after I get elemcrit on the affixes. Poison element. Another hint for the meantime. Use set affixes, Defiant, Momentum, Adventurer, Cosmicpower, Periphery, Living Force. For Mythic, I used Cosmicorb,Vanish, Brutal, Energy, Sanctuary. Im at 100% Glasscannon btw. Using this build as hireling and warrior fortune bringer as main. I suggest use cosmicorb on MH weapon as mythic skill, it will protect you in advance if you’re at 100% glasscannon.

This is the current build I’m using… 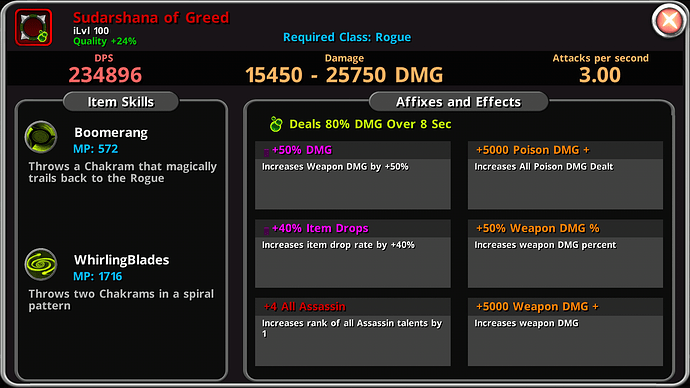 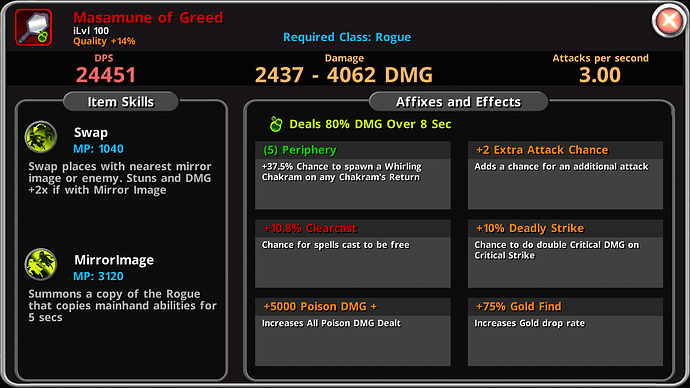 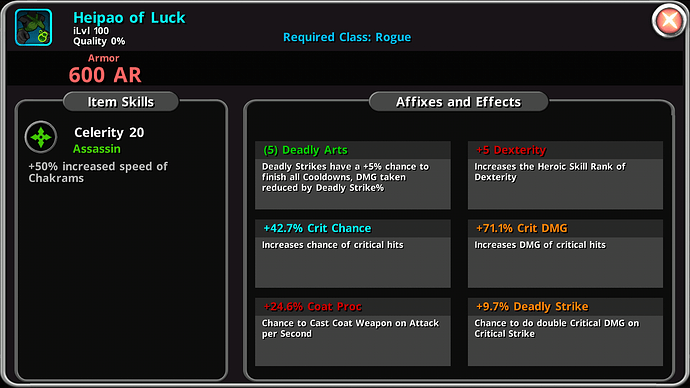 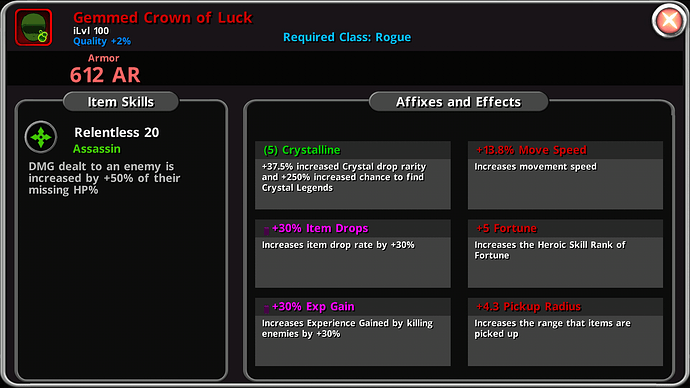 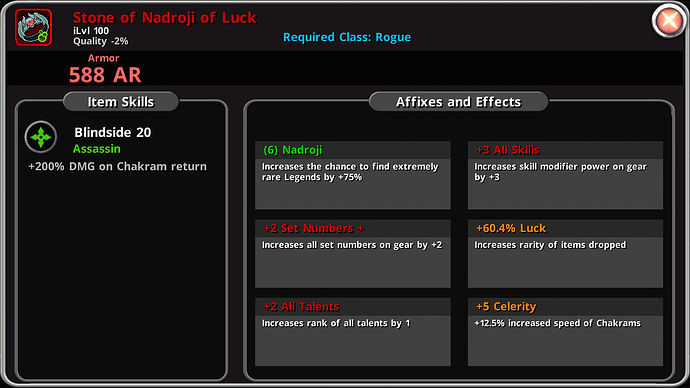 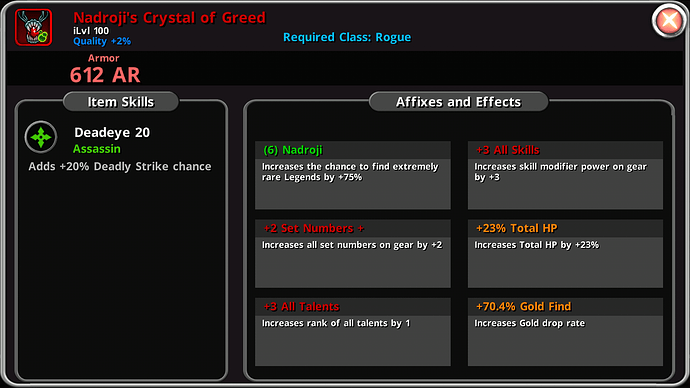