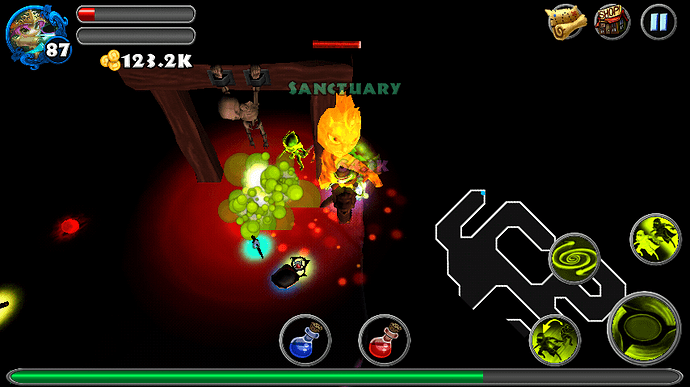 I was in a legendary map and when i tp at the corner the enslaver bugs my, and cant escape

That’s awful. I’m sure you tried everything possible to get out of that spot. Sorry about that!!

thats a super waster of gold

Yes I often get stuck in places between shrines and trees whirlwinding.

lol @Homicide. I started posting here, then saw almost a year since last post on this thread. that was why I withdrew post. but basically I was going to say, as I have played, I have started to learn where not to go to not get stuck or trapped. I have read that Toons used to get stuck in trees and lava and places like that, now it is just the odd corners. of course, when I am teleporting a lot against a monster who is teleporting a lot, some times I end up in a bad spot. I know it is bad, because the monster shows an evil grin right before I get the ‘spend gold to return to battle’ message.

No… I still get stuck often… between trees and shrines. The bug still exists.

Whirlwind will some how get you in the right place often.

yes, the few places that I get stuck in, I think they are very small corners that are hard to get out of, either by moving or teleporting. I find it is easier to get out of those spots when I am not being attacked by almost anything. I wonder if it would be possible for the Dev’s to round out those corners so no one gets stuck, but that might end up causing more problems for some reason. better a small problem we know and can deal with, than a horrible new problem we discover the hard way. when I am near the shrines with the shrine monster perk, I just spawn the monsters, then move away from the shrine so I don’t get stuck while fighting.

I play a ww sprint barb. I have NEVER gotten unstuck once getting stuck in between shrines or trees. The only way I’ve gotten out is opening a new map.

I got stuck by rogue vaulting and wizard aftermath . Its rare but I can never escape once it happens unless opening a new map. I had worse where I got stuck in a wall too but wall glitches not a thing anymore. Stuck in shrine is.

when I first encountered this bug, I had to leave the map too, but I didn’t like doing that, so I try to stay away from those spots where that will happen. not always easy, but it is possible.