So i used to play this game year ago, and now i just came back but my lv92 warrior cant do anything and i have some issues to understand why…
I used to be able to farm at lvl 19x floor on epic but now my mana is just going away and i cant kill anything 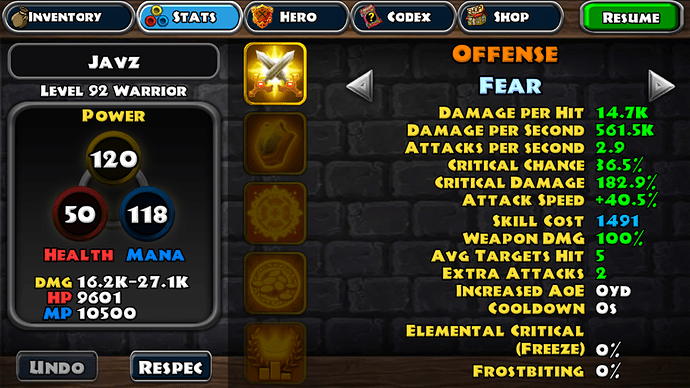 What can you tell me about what should i do ? 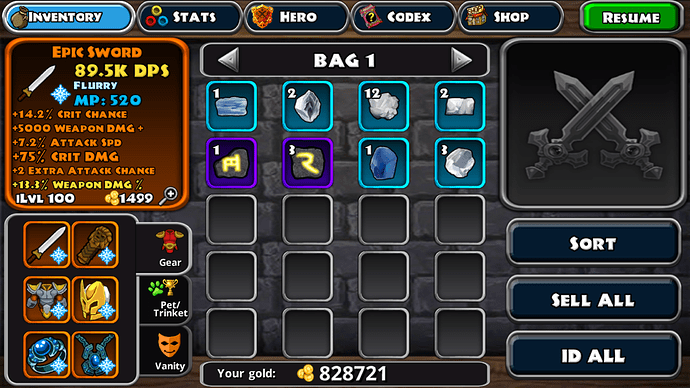 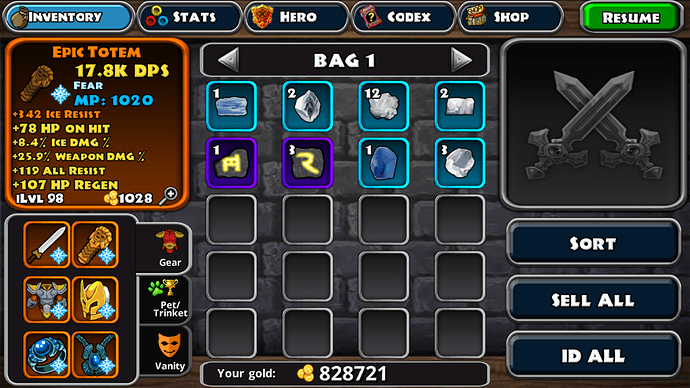 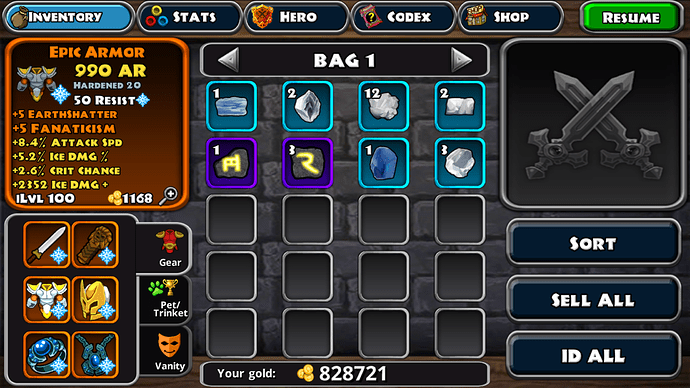 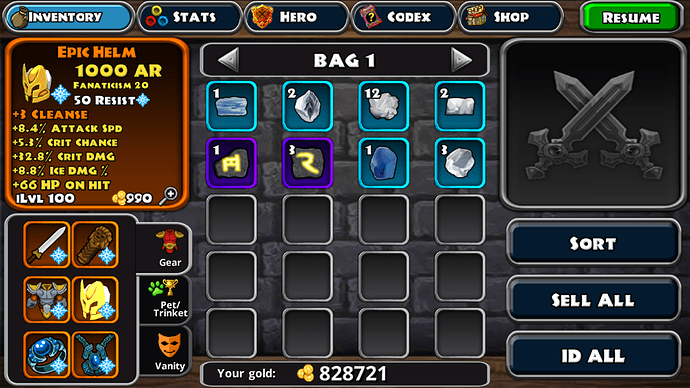 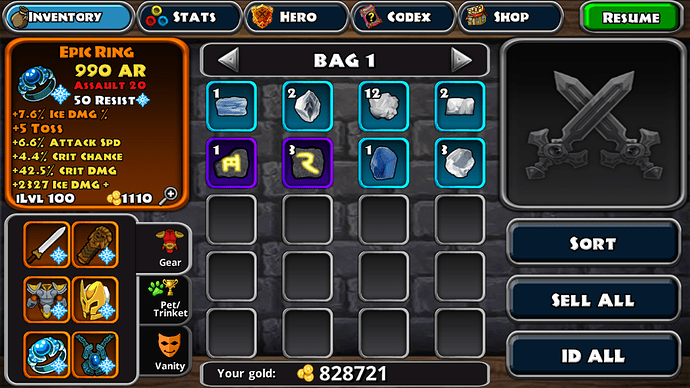 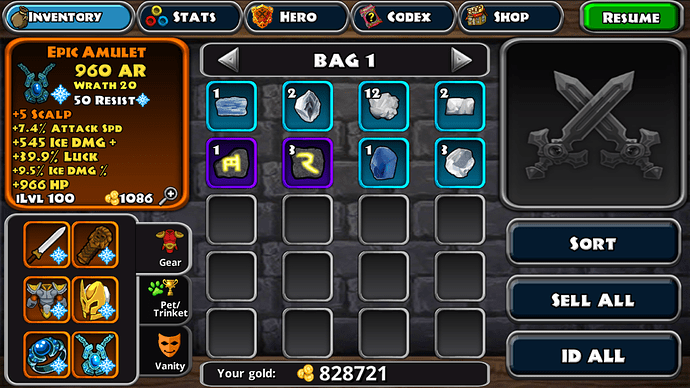 Of course you will run out of MP. You have no MP sustain at all!

So many things have changed since you left I suppose. You may need to farm from a lower floor to catch up. First thing you will need is MP sustain, either from Regen or from Mythics or from anything else.

I would like to have some but i cant find the option where you could roll stats on gear, i guess it disapear against those stones ?

That blue stone in your inventory which looks like gum. That’s called Sapphire, and it’s used to change affixes to random ones.

Yep, no customization in the vendor anymore

So whats your advice for farm’.ing ? And any dps guidline to knownaround which dps i should go for cartographer ?

And regardonc my situations is it better to go on a low Level with M3 or farm the 200 on normal ?

Play on a difficulty where you can kill mobs in 1-3 hits. Then ramp it up bit by bit as you get stronger

I grew up 9m gold, but i dont know what i have to do, i dont make enough cash to convert all my legends, and i dont get good legends to up my dps and play in a higher difficulty while maintaining or improving luck, gold, item drop…

Oh and by the way, where can i find higher crystal and stone my best are Zircon & Death

Then you convert crystal/eternal legends you do not need.
(Crystal legends are those cyan ones, eternal is green)

While maintaining DPS and survavibilty, when you cant craft anything because you dont have the crystal

Just start with what you have from the bottom up. Everyone did. Sapphires are valuable in obtaining your initial goal. Even if your gold/luck/drops are not maxed you can get them as high as you can with inexpensive means using Sapphires.

Look out for Faun or Satyr set. These will help you.

Then eventually you will get better farming gear, which in turn, will provide better loot.

I think you should craft ENERGY MYTHIC and SURESHOT (chest) first
It’s cheap and gives you more DMG and MP
Use amber to change your special skill to Whirlwind. It’s power full for farming

In PVM, Energy mythic is the best

If your spaming the primary skill then yes, but if the attack speed is higher that 3/second or if you use special skills then it wont work too well