Can’t happen right ? Well today I was playing a map and dropped an eternal ring but game crashed as I tried to identify it. Switched phone off and on and reopened the game and identified the eternal vampiric ring but it had a crystal weaken affix. Anyway I turned into dust as I don’t want to be thrown in the league of shame. Wish I had taken a screen shot. Maybe some banned players may have fallen victim to this

It’s not a bug.You found a very rare loot!

if you do a search on crystal affix on eternal items, it looks like it can happen, but it is very rare. you just can’t max the affix out if it isn’t maxed. the problem with Eternal items with crystal affixes in the Arena is, when you check the Codex, is the Crystal affix on the Eternal item normally or not. so using your Eternal Vampiric Ring as an example, you would be ok with the crystal weaken, but if you had changed it to crystal dodge, that would be a problem that would land you in The League of Shame.

edited your title for clarity.

I’ve managed to find a few of these. They’ve all been junk except for this one. Gonna try and figure out what to do with it. 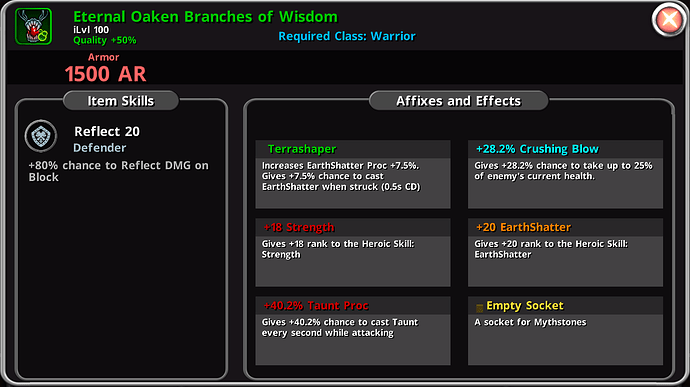 You shouldn’t be turning those into dust, you should be converting them into crystals!

Nice armour for an elixir. Very nice if you have max block

Well for my main build I’m doing 100% block so I need to wear epiphany there, but I’m gonna play around with working this into a secondary build for kicks. For now I’m still just trying to farm up my last 2 epiphany items. 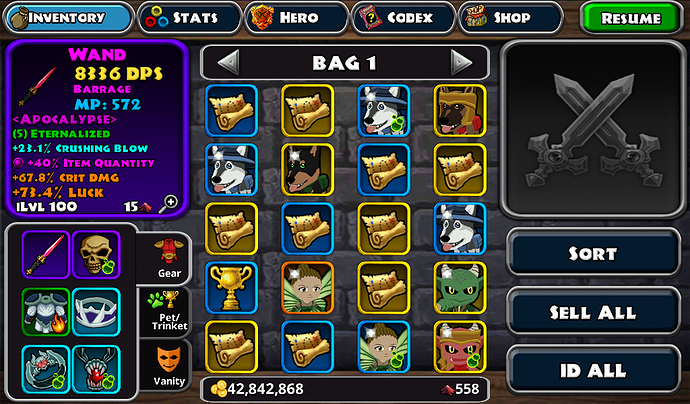 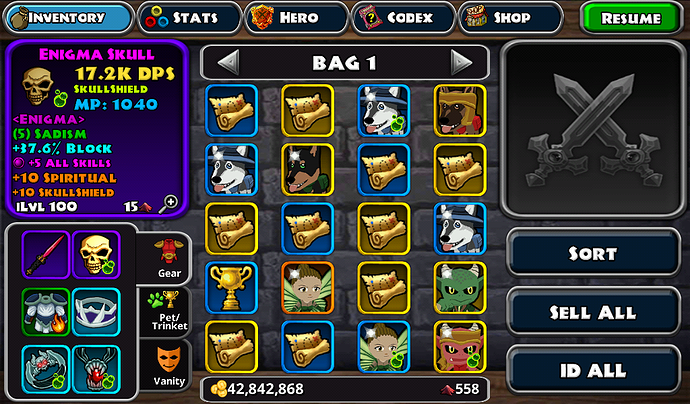 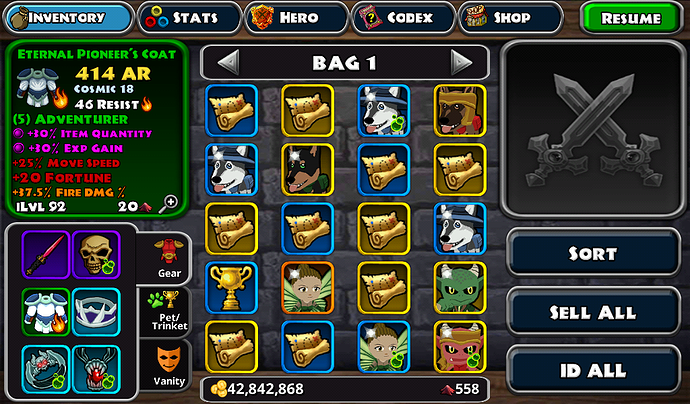 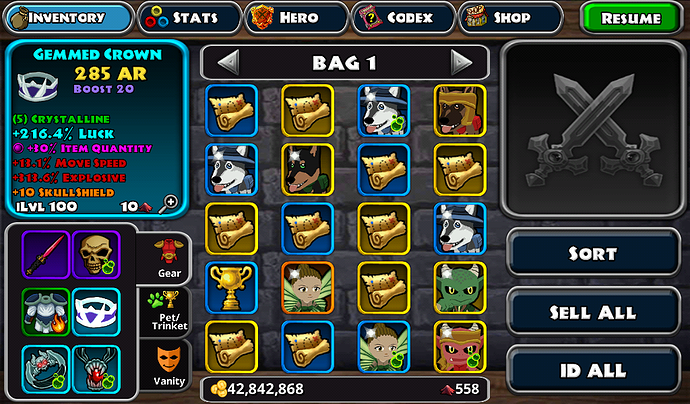 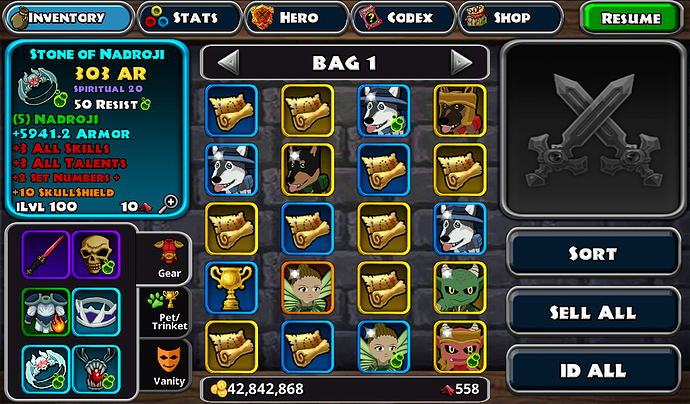 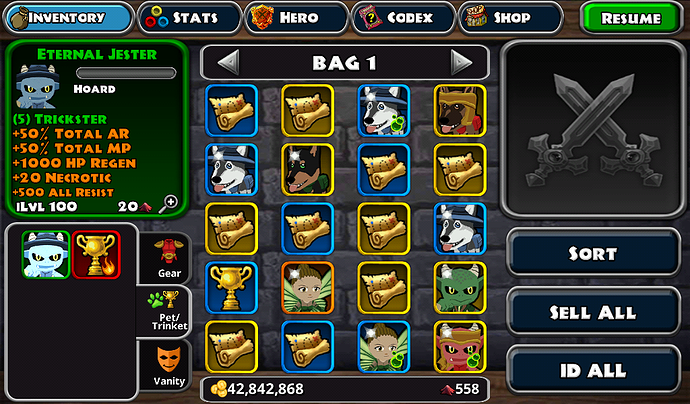 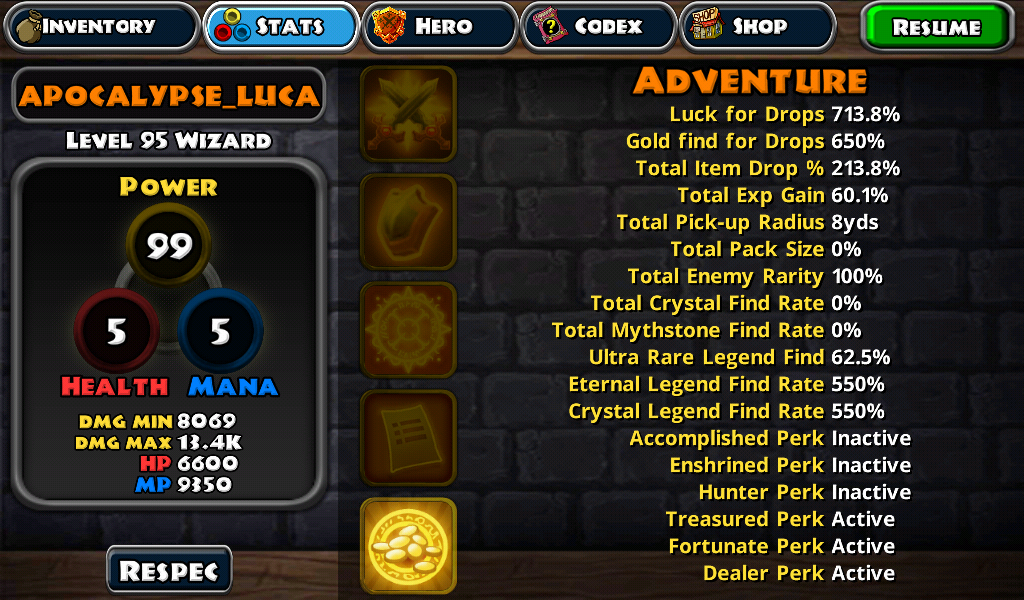 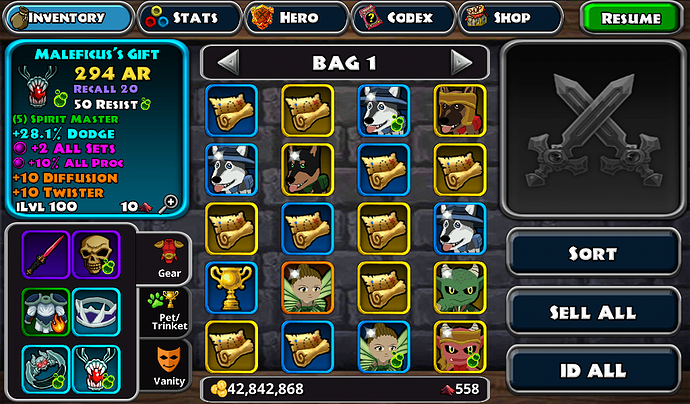 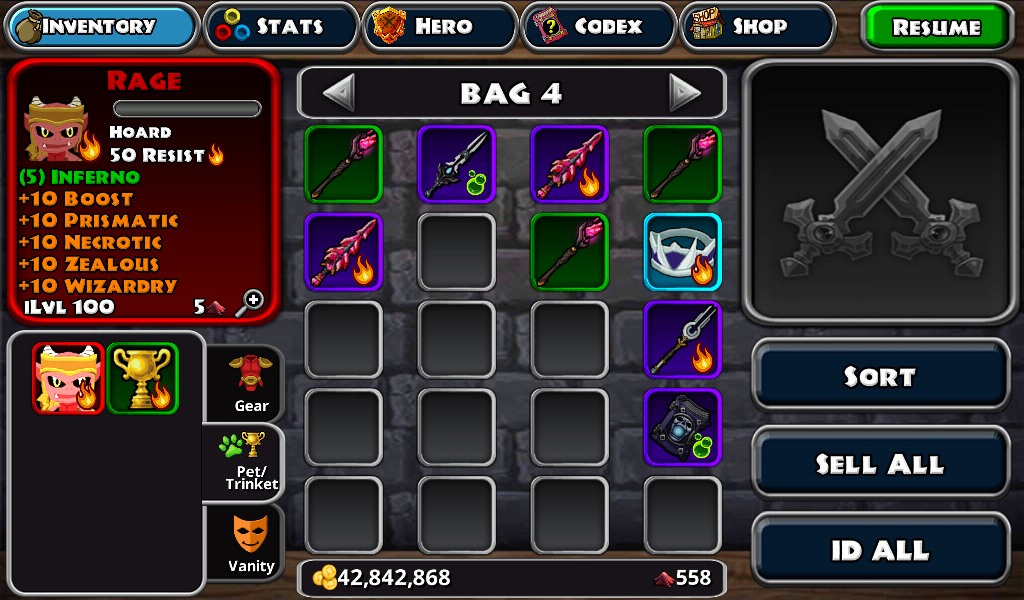 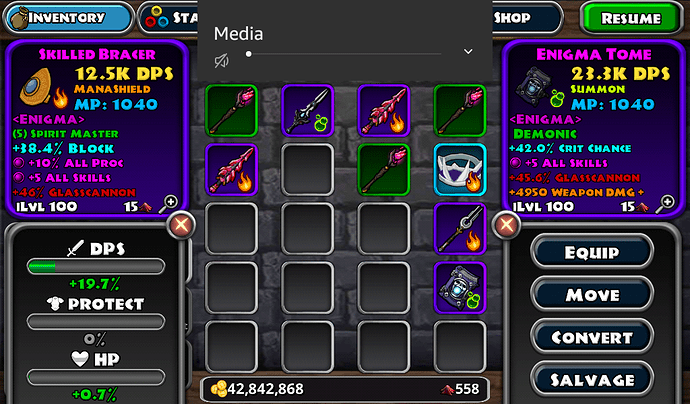 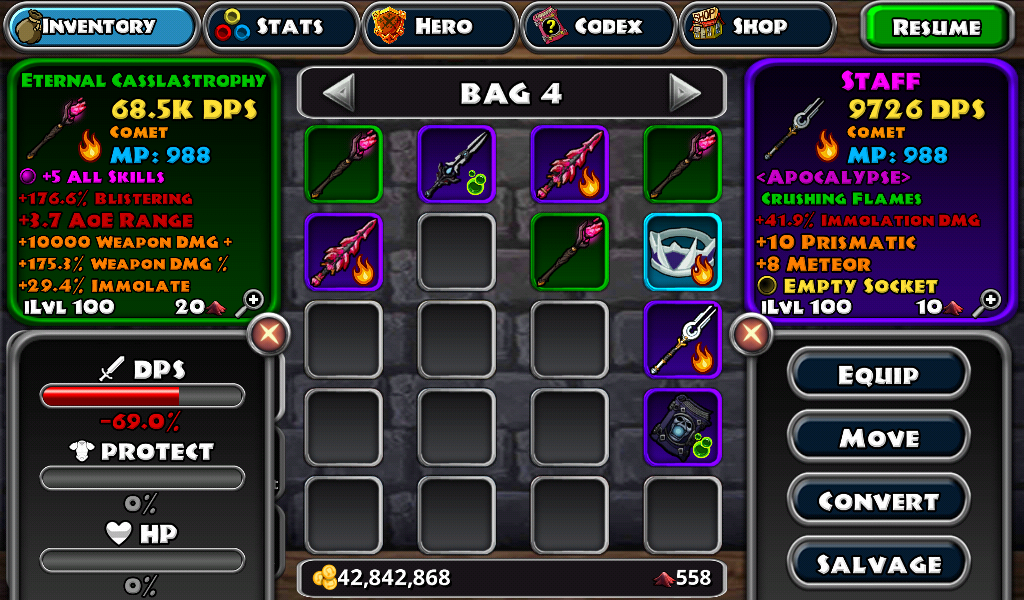 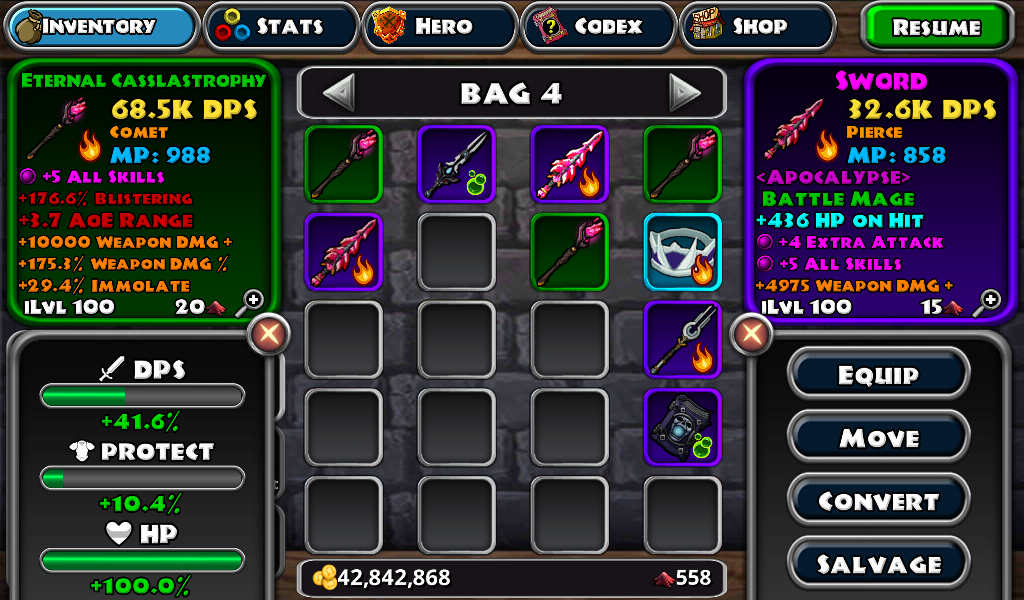 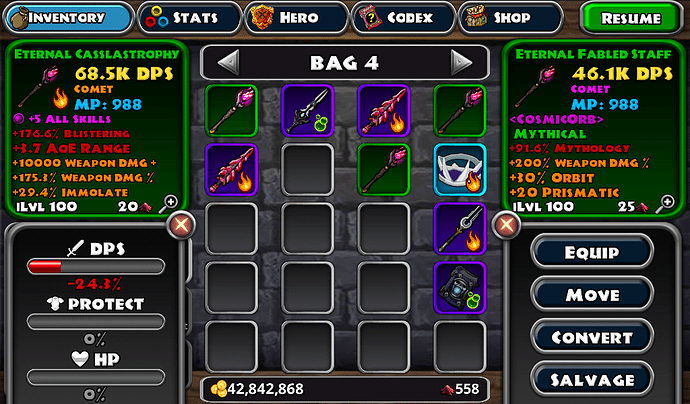 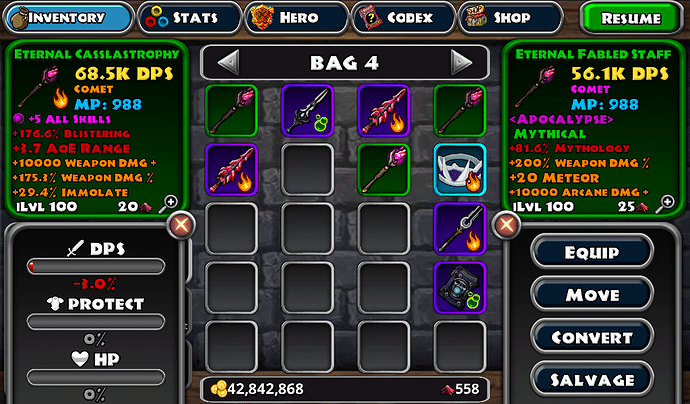 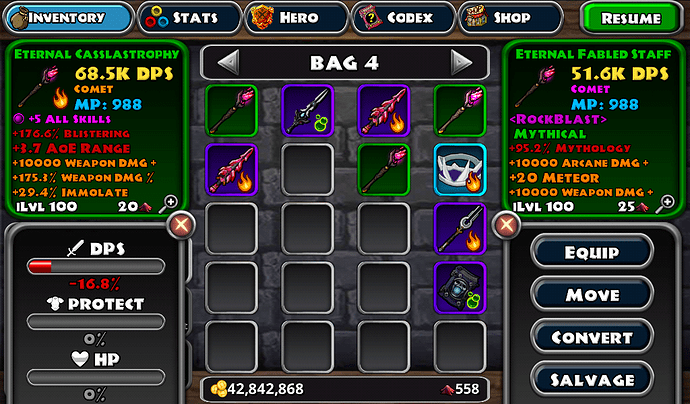 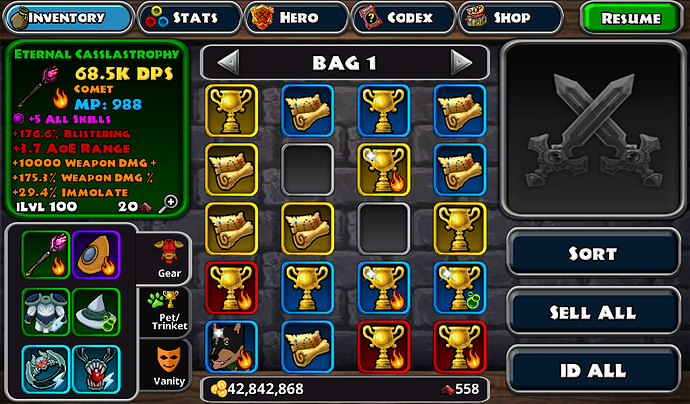 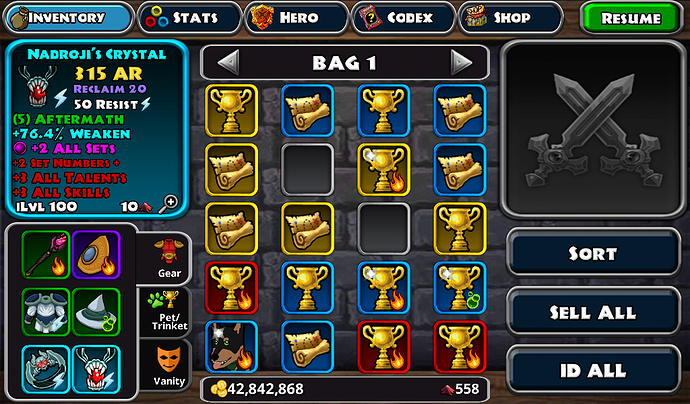 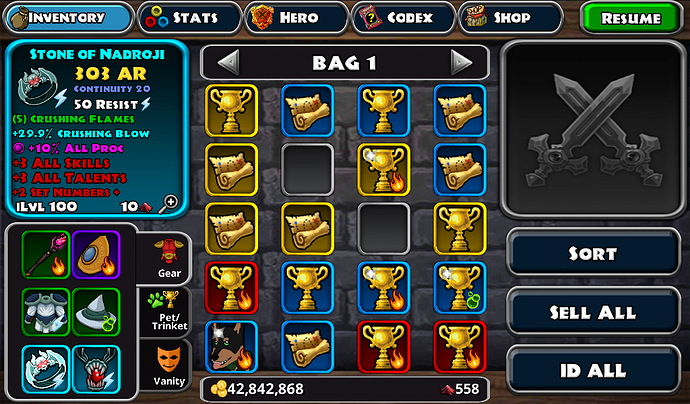 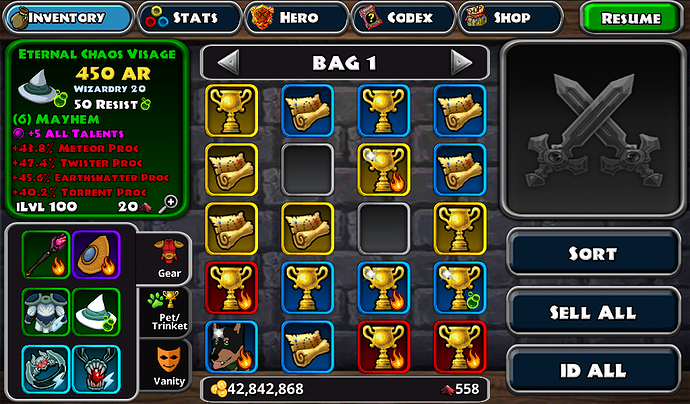 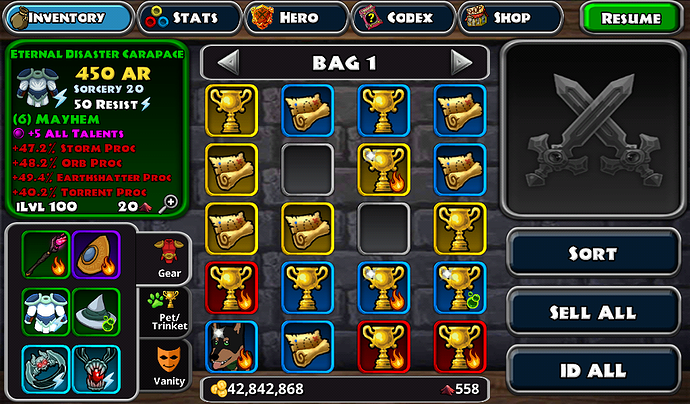 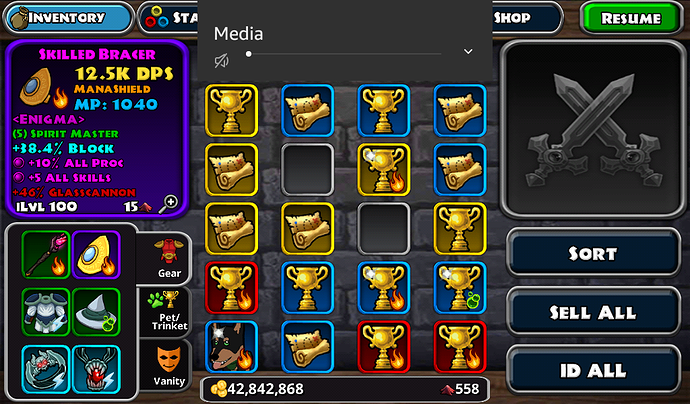 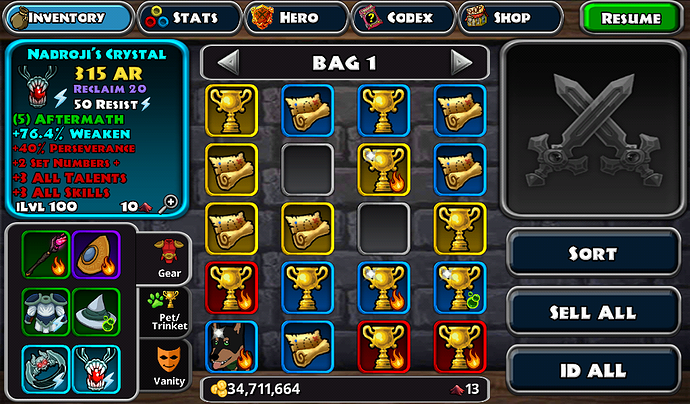 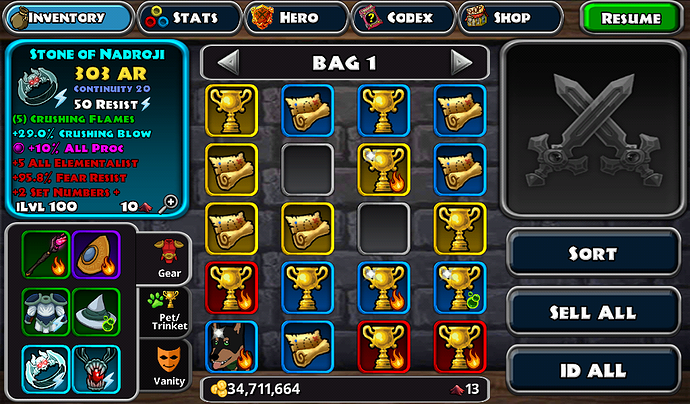 I have many crystal eternals…observe… 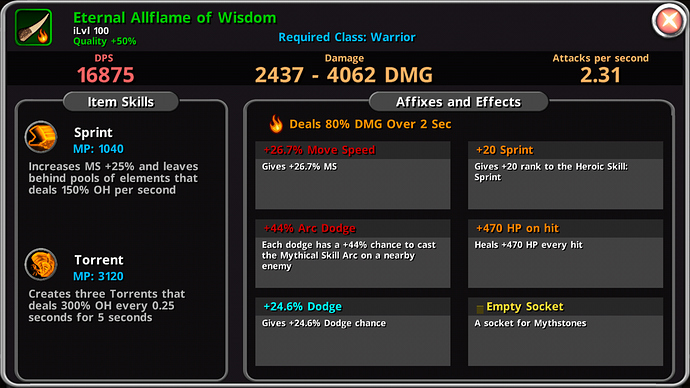 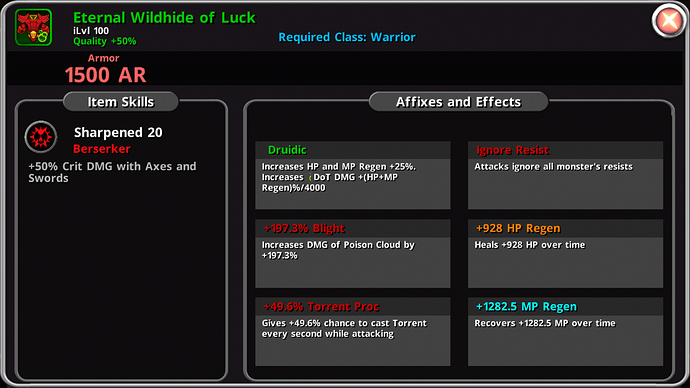 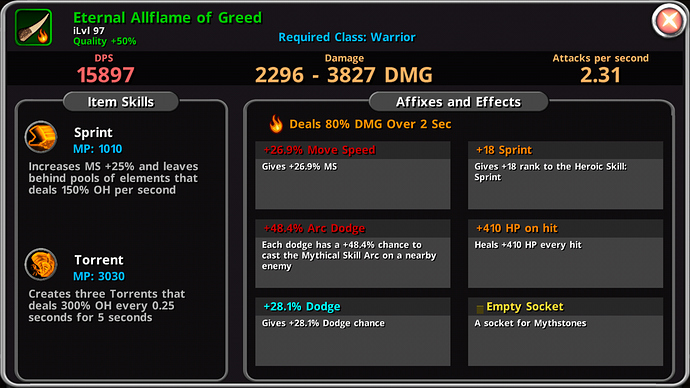 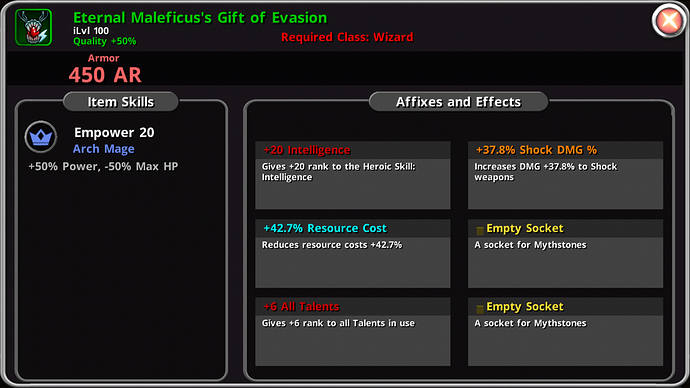 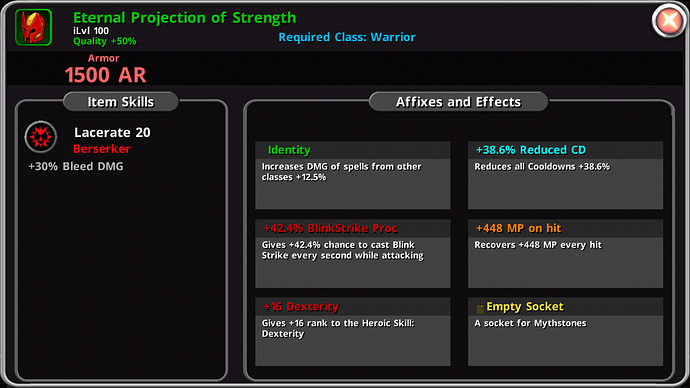 I keep finding them at vendors