Dickwads guide to block and dodge in arena

Maxing block and dodge will get reduced significantly in pvp. So is it useless? Yes and no. Let me explain. If your the type to get involved in a face to face fight then you will get a few seconds of damage avoidance. But sometimes it can be a lifesaver. I have a fragile rogue that does high bleed damage. She blinkstrikes , scalps and vaults away very quickly. Block and dodge allows her escape. All the time she’s procing storms. As escape stats they are usefull. … but very briefly

I could never have thought of NOT using Dodge in the Arena, but my latest PVP Builds don’t have Dodge or Block. for me, it is about the difference in the way you survive in the Battle Arena versus the Campaign. I am learning to use other means of surviving in the Arena, where as in the Campaign, I am thinking of raising my Block +45% up to Block +60%. that extra +15% of Block makes a lot of difference when you have Dodge & Block +60%. I’m hoping to stay away from using Sanctuary, but if I can’t, well, I know I can put it in later.

@dickwad mostly I want the extra +15% Block because of my Reflect Damage Farm Build with redirect. but I know it will help with other builds. I kind of think it will end up being a choice between the extra Block or Sanctuary. so many interesting combinations with DQ Builds that it can be overwhelming at times. I’m kind of sad at the moment because I have a lot of Obsidian but few Ruby Crystals.

the other problem are the non-OH items with Block versus items that might have affixes I want but not Block. going to be a lot of research in the Codex to find the right combination of items.

If you are high regen then sanctuary plus block

most of my Campaign builds use HP/MP on Hit. there are only a few that really need Regen, like something with a Masochism Set. my Arena Builds go the other way, mostly Regen with a little on Hit.

Pvp builds and pve builds are opposites and limited in each others game style. But if someone can create a single build that does both. Then wow

Reflect damage may work in pve . I believe pvp forget it

for PVE, I have been thinking of ways to improve a Reflect Damage build from what I already have, but I really have to think outside the box and my comfort zone for a good build. Warriors and Rogues have the edge on these kind of builds, since they can both do either 100% Block or Dodge with Redirect, depending on the class. Wizard would have to use Skills from other classes and Epiphany Set to even get close to that.

but for PVP, I have been taken down by Reflect Damage a few times, ManaShield, Reflect Damage, and both together. it is a difficult reminder that there are so many different kinds of builds out there, and no one build can defend against all of them.

I think the biggest downside to Block and Dodge in the Arena is Spike Damage. if you don’t Dodge or Block the Spike Damage, you’re going to get fried!

the biggest benefit to having Block and Dodge in the Arena is against multiple and high frequency attacks. against some one using MA & EAC, 2 or more Proc’s going off at the same time, attacks like Storm and Twister that have increased frequency of attack when they improve their spell skill. Blocking and Dodging a lot of these attacks keeps your HP from disappearing and makes it easier on your healing abilities.

there’s this item i forgot whats the name of it. it has Arc Dodge.

@dickwad yes it does on me. 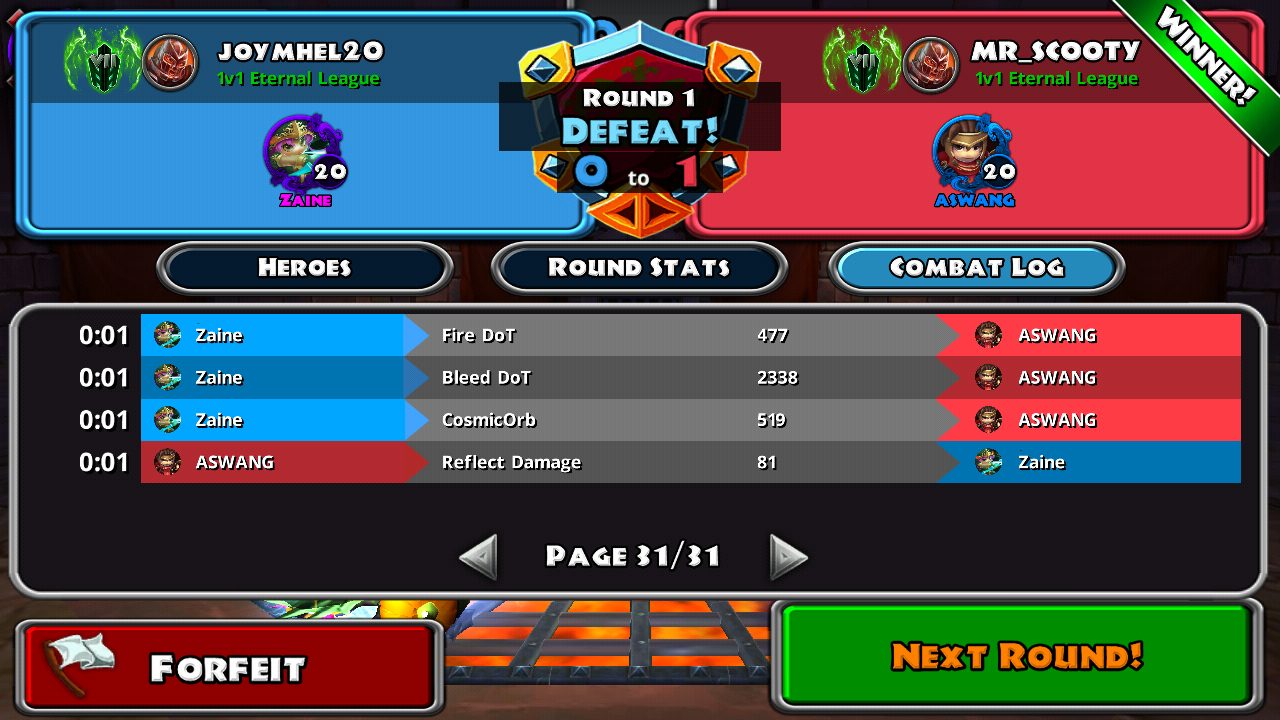 A good way of getting dodge is pumping points into dexterity, using a scoundrel item and putting dodge on a legend pet with topaz. There is a forfiet in using scoundrel in that you loose 2 choices for skills. Your stuck with the selected skills. But if you like the skills then happy days

Personally i play one crystal dodge, 20 dexterity, 10% on pet and all equipment as evasion, that gives me 69% dodge rating… then only one crystal block (if this is for rogue then i dont have one on pet, thats 74% dodge)

And as youll find in my new build when i finally get it done, i have no dodge affixes on gear

ahh, I had Ascended a Wizard. I plan on Ascending a Warrior and Rogue together as a team. mostly to see the difference between Ascending one character alone and two characters together. I used my Wizard to level up 3 characters to level 99 for the Arena. this way, 3 characters for Arena and 3 for farming and climbing.

Edit: when I was Ascending, I decided to farm Floor 110 M3 for the experience. and so I could kill lots of Malums!

one problem I ran into was surviving. even being able to kill monsters fast, all it took was a few hits doing more damage than I could heal to die. I could have gone with 2 Crystal Dodge, or 1 Crystal and 2 Epic, but I decided on the +40 Dexterity for the additional boost to movement and cool down. later I added more movement and Momentum Set to really speed up my monster killing for farming experience. I did a lot of Teleporting with Orb, which also helped with surviving, so I learned a lot. and I had lots of fun fighting, testing, and crafting.

Now my warrior has a current 45 % dodge. Could be 60% dodge using my eternal pet but I’m choosing to opt for a legend plagued pet with huge boosts to hp and armour with a 10 % dodge and my chosen affixes and then use the warrior talent that increases a bleeding opponents ability to miss. It kind of seems logical. If your a bleeding build and your opponent is weak to bleed then cool. If not then all the dodge in the world will not help you

I hate to say it, but Wizard has it tough when it comes to defense in PVE. even though I really like working on Crafting Elementalist Wizards, I really have to be creative with his defense. even though it has been awhile since I played Rogue, and hardly ever play Warrior, I can see that with the right combination of Talents and Skills, with Dodge and Block, they can be really difficult to kill.

then making defense work while smashing the enemy in PVP for the win is all about balancing affixes, or making sacrifices with affixes to boost something else. I’m still working out some ideas for PVP, but there are so many directions to go.

Wizards do have summons which is a block. So a little dodge is easily achieved

Still though, with wizards aoe range, everything should be under a status effect anyway