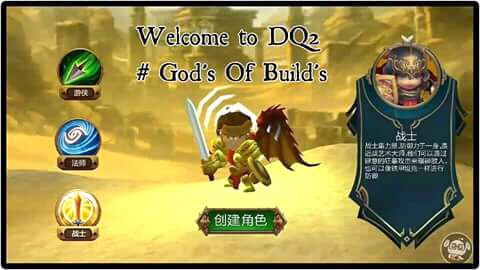 Ahhh I see you found the Chinese version of DQ

Lol. Chinese version of DQ sounds cool . I wonder what the difference are from the main version apart from language xD.

The name is Dark Remains. However I don’t quite have the symbols for it to search it on Google but I did see a cool forum showing the pictures and it does look vastly different but also similar in many ways.

The main menus and most of the HUD/UI are all going to look different. They were localized by a company in China specifically for that market. Another reason localization is hard/extremely time consuming for DQ is because it all must be done manually.

There is new background artwork being used on the character select screen and during load screens as well so I can see why someone would think it is all new.