Ah, apologies, i did not realize this. I didn’t realize discordance was a resource system. seems odd to me that you can’t combine discordance with other systems.

oh my goodness, i accidently edited the text instead of replying, lol my bad.

Also if you need help with Mythics (descriptions, effects, etc) : 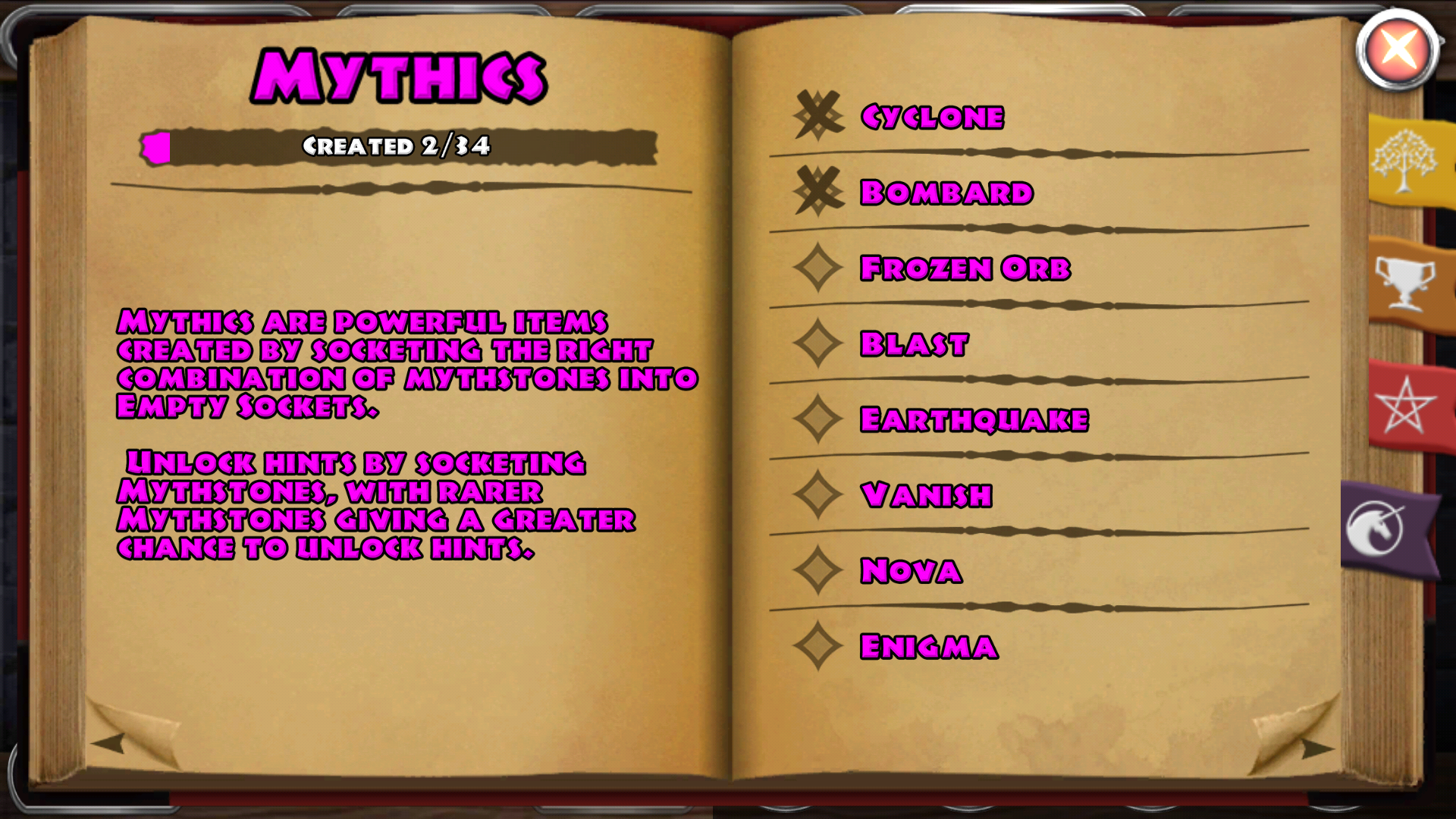 You really need your smilley “:Dieter:”

sigh I’m going to have to quit DQ for a while. I can’t handle the grind anymore. Too much grind for too much maybe and then find out it doesn’t work

What do you mean?

I mean it took me 4 obsidians to get gold find on that ring that i made, plus 4 zircons, and the mythstones. And I have the best farming gear I could possibly have. At the most efficient rate I could possibly farm, and at best I get like 2 gems that are “ultra rare” which is usually 2 zircons after 8 hours straight of farming. I have maxed luck, maxed gold find, maxed item drops, and I clear maps ultra fast with tons of move speed and teleport (just ask refia, he’s seen my gear). And then I had 60 mil and just the cost of converting crystals put me down to 20 mil.

Also I paid for the super boost to get all the boosts and still i got 4 ultra rares instead of 2. So it’s definitely not worth paying money for a marginal increase like that. And then after spending ALL that gold ALL that time. I use the obsidian for a possibility to get the affix I want.

Oh and it took me 10 amythists to get momentum lol

You should have read the notes before lol, it was written that only 1 resource system at the same time, and in codex you can see what are the resource system!

And there isn’t any nerf here lol

Can you give an idea of what you build you’re using now, and what floor you used to be able to handle?

In one of the last patches we scaled enemy HP down to hopefully allow you to handle close to what you could before. Of course every build was affected differently from the changes, so it couldn’t be a magic solution.

Actually I didn’t mean ability nerfs as much as I meant item finding nerfs.

I didn’t realize the bug about the treasure map bonuses not resetting, so when I used to farm for a long period of time it would actually pay off and I would have a lot of gold, crystals and legend items. However, now that has been removed and it’s basically to the point where if you don’t have the bonuses the amount of gold, crystals, and legends you get is wayyyyy too low. The other nerf i’m talking about is the insane increase to convert costs for crustals that happened a while ago. I did the math and salvaging/converting angelite and calcite to get the rare gem drop costs like 10x the amount of converting a legend item. And even at max gold find I don’t get enough gold to be able to afford to convert my gems anymore, so basically i’ll have an infinitely growing number of really low gems. And this isn’t even considering the insane convert costs of the higher gems. And then after you do all of that work, converting, salvaging, whatever it is you gotta do. You end up with 1 obsidian crystal. Which has a CHANCE to give you the affix you want. otherwise, you get to quartz your item and start all over again

Lets be honest, how much time should I be investing in this game to progress? Is it the goal of the design to spend 40 hours of gameplay before being able to get the item I want? And that is completely a random chance. So if the RNG doesn’t like me it actually could take infinite hours of grinding to never get the item I want.

I guess my point is, I would spend 40 hours grinding to get the obsidian crystal and it would be worth it EXCEPT for the fact that it only MIGHT give me the bonus I want. And rubies are even worse considering how many possible legend affixes there are.

Too much grind for too much maybe. That is what i’m saying. 40 hours grind to maybe get the affix I want. And then I could pay for the boosts so that it only takes 20 hours, (which would mean $100 to keep the boosts going) so that I get the crystal to get a CHANCE at getting the affix I want.

Having farming being that good was definitely a happy ( for players ) accident by us. Honestly if the game is more fun and rewarding that way, we’ll put in more reliable ways to reach that same level of productivity, but this time on purpose

As far as salvage/convert costs go, the crystal/mythstone system itself was designed to give long long term goals for players. What seems to happen is that the players who are able to dedicate that time to get those goals set the expectation that that’s what you need to have the best builds.

The new Convert option for items was meant to help some, as well as the gamble feature in the shop. In 2.1, we’ll look at cheapening the salvage/convert cost some more or look for more ways to deal with players’ surplus of low end MS/CS. Any economy surplus we find like this, we hope to do the same thing.

I definitely agree with the design goals you mentioned here. I really really like the idea of the crystal/mythstone system being long long term goals. I really don’t mind grinding, especially because this game is so fun it doesn’t even feel like a grind

however, there is a real world limit to how much time I can put into this game and if my time invested is worthless or marginal, then it becomes not fun anymore.

I think the new convert system is an amazing addition. I think 2.0 takes things in a beautiful new direction. The reason I said I will have to take a break for a while, is because I really feel the current state of the game is too much grind for no progress, which I know has been dictated by cheaters and farmers, and I have 100% faith that this will be improved upon

you haven’t disappointed in the past.

Just as a suggestion, since we are on the topic, I really feel there is something that could be changed or added to make end game farming more rewarding. Like floor hiking and difficulty hiking. This could be the key to bringing the time->progression back to an enjoyable pace

I know whatever it is you have planned it will be great! So I look forward to it.

Just as a suggestion, since we are on the topic, I really feel there is something that could be changed or added to make end game farming more rewarding. Like floor hiking and difficulty hiking.

That’s very much one of the goals moving forward

can i book in?

well, yes sir, if you dont mind, i did observed one thing and that was… every 4hours of grinding, there is a possibility of getting an Obsidian from a converted Legendary. truth be told, it was way slower rather than the last update, but it was ok, i think.

however, please sir Developer, please consider giving some slack on us… its hard, very hard to get hooked onto one good game, its much harder to lose interest on a game just because you just cant have a possible way to get an item that you want.

A post was merged into an existing topic: The Question Thread