Click on the picture to see the build (10 screenshots) 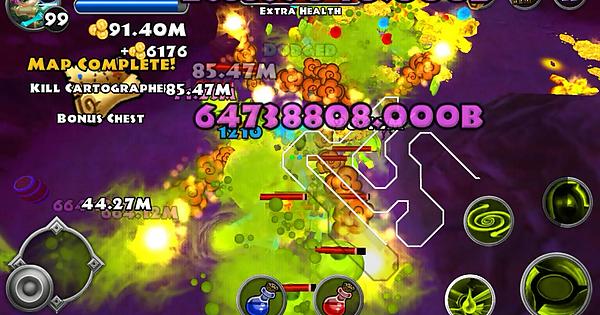 The most important thing is Survival
Survive can someone not visible. Therefore, permastels is the basis of survival:

Damage.
Power of skills is not enough to cause damage on high floors (IMHO). So poison cloud is our primary weapon.
Sets:

The nature of item – the elements

You can also wear these 2 rings (Click on the picture) or just add +25% meteor/storm proc
You can take any ring, for example the new mage ring with +%ED, and paste your proc. If you choose procs of another class, you will approach the identity instead of the maelstrom 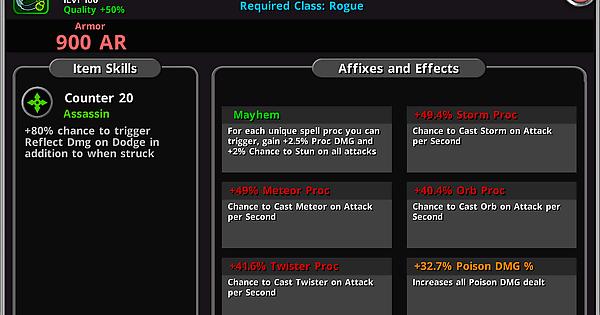 I wouldn’t do this build without a detailed explanation of how the poison works, which I saw from @f00kee and @cronos4321. A big thanks to them for that!

Do you have the why/howthis works? What actually makes it deal the damage?

I would do a description, but it’s hard for me to do it. I do not speak English. Tomorrow I’ll try to make a detailed description

does identity increase damage of proc’ed spells? if it does, then it might work better than maelstrom since your main damage comes from storm and meteor.

Maybe you’re right, @ilidan371. The options are many. But it’s an eternal ring)

Thank you, @f00kee! You helped me a lot to understand how the poison works

yes, but i’m assuming not everyone has eternal havoc.

hmm. sprint proc synergizes well with momentum and mayhem. it should work with this build too.

With all that mayhem you produce, does your game get laggy?

And can the procs proc all at the same time?

@Riffmaster, watch the video in the first post and see how it works) When I wear the ring Mayhem, the game sometimes get laggy))

This is my early build with the ring Mayhem. Floor 1513 M3

you can still improve the dmg of this build

@Kcellvirus, I’m still experimenting and I have lots of ideas! I’ll try to change defiant to identity. Add move speed. Maybe Mythic Empyrean. But actually I’ve tried all sorts of options. If you have an idea, I’ll be glad to hear it))

Maelstorm or mayhem? seems like they are the same thing.

Why not both,? I mean they are 2 different things and have their own mechanism, different mechanism calculation is by layer. Say he use meteor dealiing 750% damage, with [5] maelstrom, the damage of meteor will be 1031.25%. And let’s say he have 3 unique/different procs if he also have mayhem the damage added to procs spell will be 37.5%, so the meteor damage will be 1417.96%

You could certainly do both in a proc-focused build. @mahout seems to be going for a poison cloud build with some additional procs. Neither Mayhem nor Maelstrom affect poison cloud (from my understanding), so having both would sacrifice some of his giant numbers.