I just realized that more top players are using Enigma. I noticed in this round that Enigma activated 6 times in 1 second. I might be missing something here as I dont know if Enigma has a chance to activate every attack. has anyone experienced this as well? Is this how i’ts intended to work or a bug?

EDIT:
Ok so it says here attack per second so there is really a chance for this to happen.
However, as I recall whenever Enigma activates it should teleport, right?
So, when it activates 6 times in 1 second I should se the opponent’s character teleporting 6 times.
But that didnt happen. It’s more like the animation happens once but the damage doubles.

If this is not a bug this needs a major balance. The damage output + fire dot + bleed dot from enigma in 1 second let alone the critical and deadly strike is too much. This will become a trend. 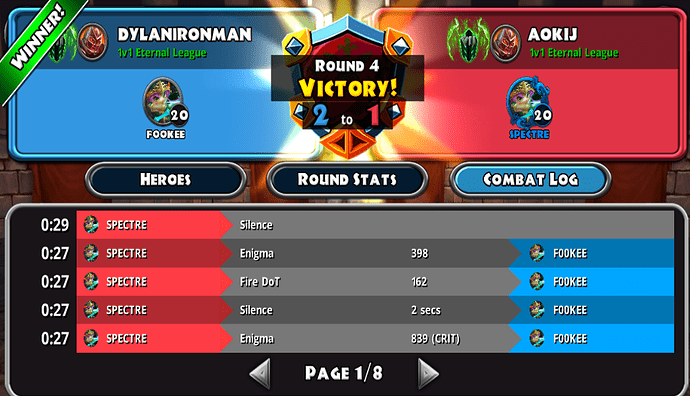 enigma deals damage twice per proc, start and finish. he might have just caught you in the middle of the start and finish 3 times. not sure if this is possible coz i don’t know how far enigma teleports you and how big the aoe is. still, thats 3 times in a sec and in those times you were caught in the middle.

That’s a good point. So, 3 hits per proc then maybe it activated again making it 6 hits. I got lucky in this round that it didn’t
crit or caused bleed. Imagine if it did, so much damage in 1 sec. I’ve faced someone, blinkstriked to me enigma procd and crit and im dead.

Here’s what im talking about. 1 proc can cause tons of fire dot bleed dot and crit. GG easy 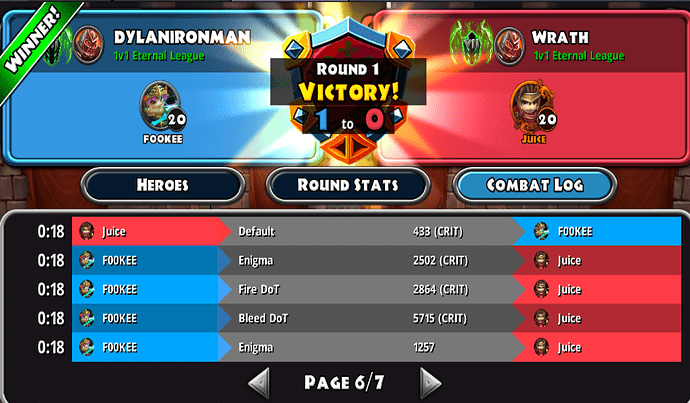 i already test it, i guess it intended to do that, on my testing i could rapid teleport/enigma around 3 times per sec at max. it just like rockblast, cosmic orb i guess. i mean sometime u can cast cosmic orb twice per sec, while rock blast have chance to summon up to 5rock per activation. we can assume that the description shown on mythic skill is just pure activation chance while there are still hidden value of the chance to cast X number of skill or amount on activation. as i remember rockblast on activation have a chance to summon 3-5rock. something like that maybe.

If that’s the case it should be balanced. 27K fire dot, bleed dot per activation from a single mythic skill is too much.

the problem actually is the fire dot and bleed. about how much enigma damage is, its really depend on how u your build work.

The Bleed Arena… where Bleed vs. Bleed is the name of the game!!!

Enigma is so cool. Lol