Was it supposed to be legendary pet because I just got a normal pet with 2 affix. Not sure if its my usual bad luck with RNG or I broke it

Thats weird the text in the message suggested a pet with angelic set affix. Got a blue pet with only 2 affix, too.

The texture is an old one for me too, it isnt like the texture in the codex for the angelic pet. There is a bug in texture as well, its like a white square in a part of the texture.

I was wondering about everyone will get a legend pet with set affix, it sounded so good, thats why i hoped may be it will be become true. Now all hope was gone

(white square is a visual bug) 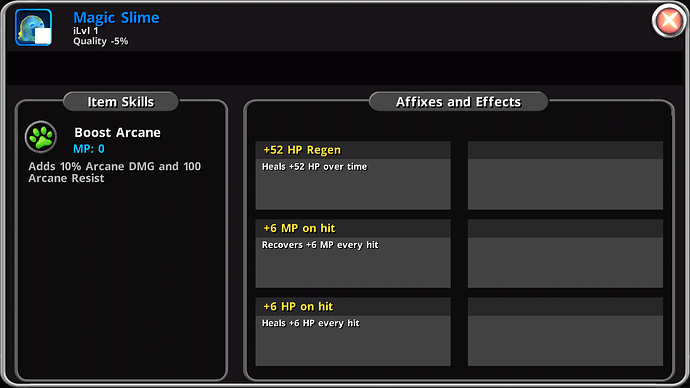 why are they giving us that normal angelic pet anyway?

yah just recieved it a while ago. It’s just a lame normal slime. HA!

Just level it up a bit

Also got it! Haha

I think there was a bit of confusion (at least one play mentioned this to me). They were under the impression that the pet came with the new “Angelic” set affix on it. It does not. It is a slime pet that is skinned to match the new angelic vanity set we released.