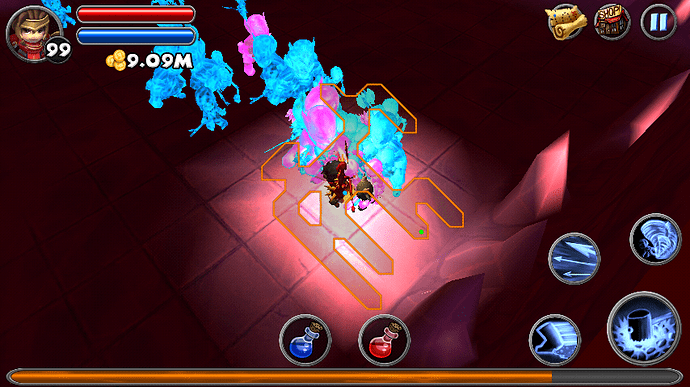 ROFL that’s the most I’ve seen at once!!!

This is a known issue discussed in many prior threads. Devs are aware of it. Suggestions I have seen on forum is use settings that help increase FPS, reduce mob pack size, etc to speed up your device’s performance.

And if that doesn’t work, run far away and fight on another part of map, or buy a different map, or restart the floor.

Looks like u r playing a warrior. Don’t use taunt on large pack size.

I turned my fx option to low and they went away.