for Warriors, do a Search

these Builds won’t make you invulnerable, but if you use them the right way, you won’t die very often.

for Wizards, there is Dodge and/or Block.

Sanctuary is a Mythic that goes on your Necklace. any hit that kills you, Sanctuary will keep you from dying and Heal your HP up to 10%, and make you invulnerable for one second. Sanctuary has a Cool Down of 30 seconds before it can activate again.

I have used a Wizard with +60% Dodge & +45% Block, and it works pretty good. I have used Sanctuary with this Build, and it is pretty nice having the extra life insurance. with Epiphany (5), you can get your Wizard up to +75% Dodge & +75% Block, but you have to Jasper at least one item with Block from Warrior (the other item is usually the OH Weapon, since you can roll Block with Obsidian on any Class OH).

fast movement of any kind is helpful to get out of the way of enemy attacks, and Freeze, Stun, and Blind is good for immobilizing enemies while you are killing them. 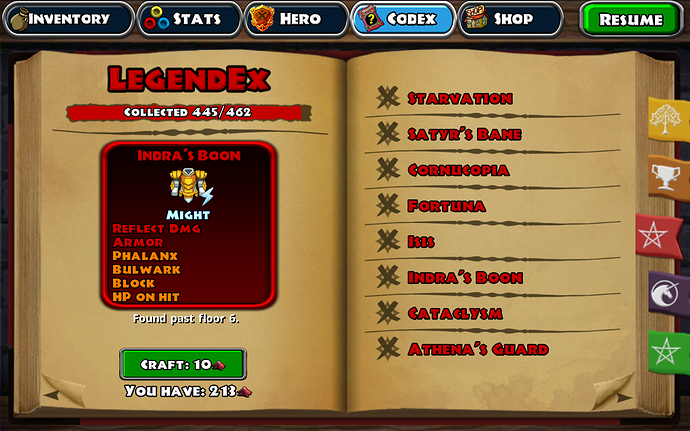 if anyone looks through the Warrior part of the LegendEx, most items found with Block are the OH ones. MH are next, but I haven’t looked to see if it is possible to have Block on every weapon or not using Jasper. there is a list somewhere, but only a few Warrior Chest, Head, & Ring items have Block. Ring & Pets don’t have Block at all.

basically, any Class can roll an Epic +15% Block or Crystal +45% Block on their OH (which is the only item Block can be roll on). and Jasper the appropriate item if not a Warrior if you want even more Block.

No worries @Golem I’ve often looked at the item but never got around to doing any tests on it also there’s that warrior shield with both block and dodge epic affixes. Never got round to building with it.

Oh here it is 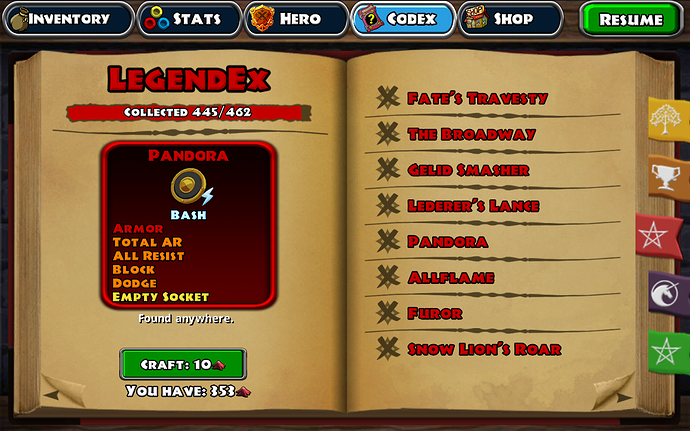 You guys should really study the lowest ranked legends. Food for thought. A bit like leidlers lance 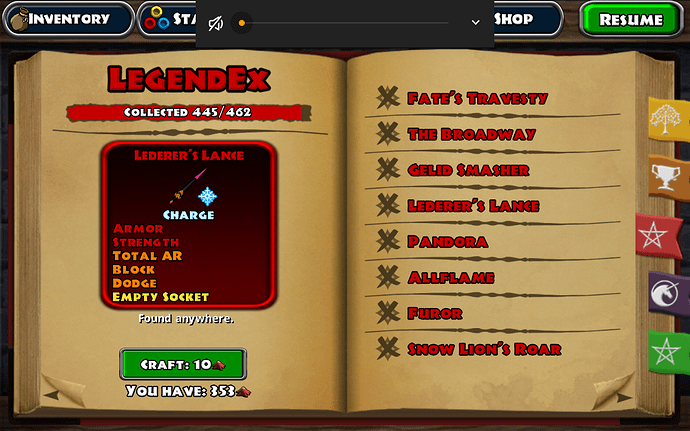 I never really have a problem with OH, since I can find the one with affixes I want and add Block if it doesn’t have it. it’s all the other items needed if I want more than +45% Block.

Got 75 % dodge on pvp build. 45% block. I’m happy with that but have an idea for an an immortal anti immortal combo in pvp. The immortal is just cannon fodder while my hybrid does the damage. A tank immortal warrior that only causes bleed and I have just the pet. 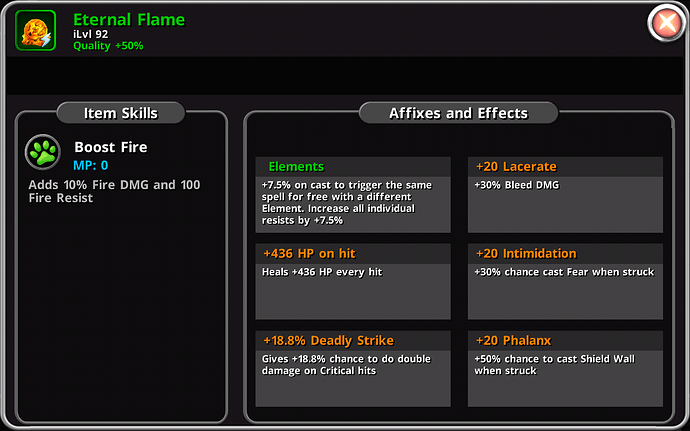 Block and dodge is good in pve or pvp. Don’t let anyone tell you otherwise. Especially if your an high critical build with low hp looking to boost power by clocking up match draws.

. I knew it could be good in PvP as well though. For PvE its somewhat well known. Even with that trophy that reduces block n dodge by up to 10%, still doable in PvP. PermaStealth used to be possible with maxing dodge as well, even before the requirement of 50% dodge to double to 100.

Just entered the arena again and wow the meta changed a bit, that I feel new again haha. Surprisingly can still climb a bit with my old build. I did kinda predict flintlock would make it, even mirror images and stuff I thought were underrated and had ideas for. The DPS is great. It’s like back to old arena again but better in a way.
I’ll do some more trial and error to get back to speed with arena or see if I make a good A.I. Maybe introduce something different like I did last time sorta. Even though discordance orb wasn’t built to be an amazing A.i.

I think many more build possibility now as not many immortal if any now. Some barrage n flintlock like remind me of prenerfed guidedshot. Hmm, maybe a comeback of Blinkstrike

. Probably fire dot after what I saw lol.