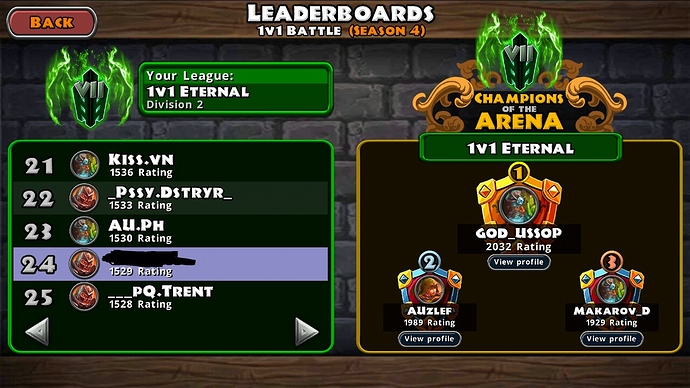 it really nice games
Hardest AI in my life, it @luisfsk idk how to beat him, it is kinda barrage xD

Luisfsk ai is easy for my build, moust boring ai is Mr.Scooty, is not hard, is boring becouse i have to wait to round 9 to kill hem…

I dont use insane burst damage build, is to easy!

Dude, i have a build’s that can kill those guys round 1, i dont like to be easy, i feel that if is easy i will just stop playing the game, you can see 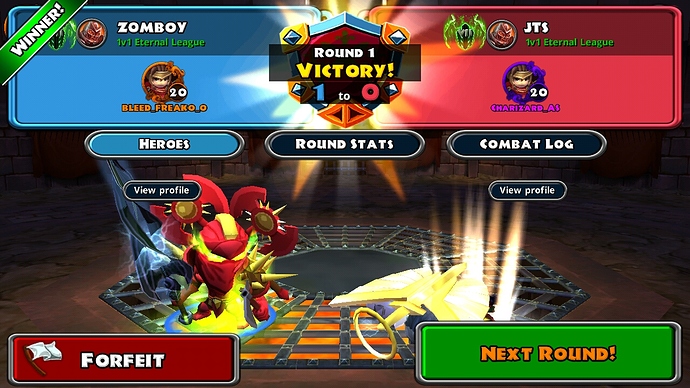 woaahw. your vanity reminds me of season 1 . fashion.

, do you remember those rogue that have bow main weapon that take all green vanity’s, that whas cool!

yes, i’m old as f***, in the game tho…, i have all vanity’s in the game, iven that vanity that is from season 3, 1º 2 and 3 on eternal league div1, but don’t come to me saying this guys is member of this or that, DUDE i kill wharever player,i dont need those guild’s like AS, our FE, i have so many OP build’s in my stash from all stages and meta that eternal league have bean that you will never get to know how strong i can be, i have a build that have 1k power and 100k hp, i do 300k storm dmg, no CRIT, whid crit i get 500k, i literatly 1 shot wharever you put on my face, and is not my strongest build tho, but i like to see that you know some wizzard’s mains, i whaz a wizzard main to but i stop that build from ben a problem, scooty and others use that freely whid out fear of be banned, i dont use any of those build on rank offline, as an AI, i use them just for when div1 is full of garbage build’s i go there some times for take them down of div1, i boost scooty so many times and cruzeg but dose thing just keep spawnig so i quit boost people that i feel like deserv it, know eternal div2 and div1 is a pure jungle that i dont whant too get close, some times i go there but playing this game for more that 1h know is boring so, good luck on your rank, get rank 1, be the best, becouse in dq2 will be someting that i will not get borred…

i have a OP warrior build, but that one is not part of the one shot build’s that i have, this one is the moust week build, what hapend is that compared to ther others builds that are out there is simply more stronger, that’s it, if you whant i can give the build to you and you can do wharever you whant, normaly will take some time to build it, i dont know how is your cristal stash.

I know I haven’t really been fighting in the Arena all that long, but I have noticed that I fight either 1v1 or 2v2 vs. other players. I haven’t fought against any guilds or any other groups. as a matter of fact, I don’t think DQ has any kind of guild support system of any kind. I have read posts about players forming informal DQ guilds, but they aren’t a part of the official DQ game system. when it comes to the Arena, if a player has a Cheat Modified Eternal Item, it doesn’t matter if they are in a Guild or not. they get reported either way, and a Mod will check it out and deal with them. I don’t have a problem with people forming an informal guild or talking about them, but when the smack talk starts, that is not what the DQ Forums are about. the DQ Forums are a Community of Support and Sharing Ideas, and we have a Cheat/Hack Thread to either report these players in or talk about them.
@ZOMBOY shared a truth with us, that when in the Arena, it doesn’t really matter if someone is cheating, they can be beat.
I don’t know if anyone has thought of this, but a Cheat Build has the same weakness as a Legit Build, they all only have space for 36 affixes, 42 with a pet. and a Trinket if you find one. my 1v1 PVP Toon has gotten to Division 5 in Eternal, and it is only a PVE/PVP Hybrid. and at the moment, I am working on getting another Toon leveled up to be only PVP, so hopefully I can do a better version of Get Gud!
I know I am ranting, and have ruffled some feathers out there, but I really like DQ, and have fun playing it, even the few times losing, ok, the many times I have lost in PVP. and like all of you out there in DQ Land, I don’t like the idea of Cheaters either. they take the fun out of the game. but the only place I can meet them is in the Battle Arena, and I am sure I have smashed a few of them on my way up to Eternal Division. and that only tells me, that as weak as my PVP build is, a build made by cheating is weaker, and I am still improving my gaming skills, both in PVE and PVP.
lets Get Gud together and let the cheating builds wither and die in the Normal League.

Look!!, The imposseble append!!!, a Div1 player that is not in a ‘‘guild’’, hello mate!, look’s like you are alone like my, son you will get an invite to a guild don’t worry, and you will get forced to give your build to them for they get more member’s in Div1!, nice!

After 1year of making builds. 5 of them has succeed😁

I’ve realized that 10k flat hp was so useful in many builds last v2 of dq then why it became 7500? i ended up saying in my mind
What if i came back these past versions with the current knowledge.

Hey dude! I want to test your warrior build. But i didnt see your arena id in div1 nor in div2? I really want to see an warrior OP build like yours… 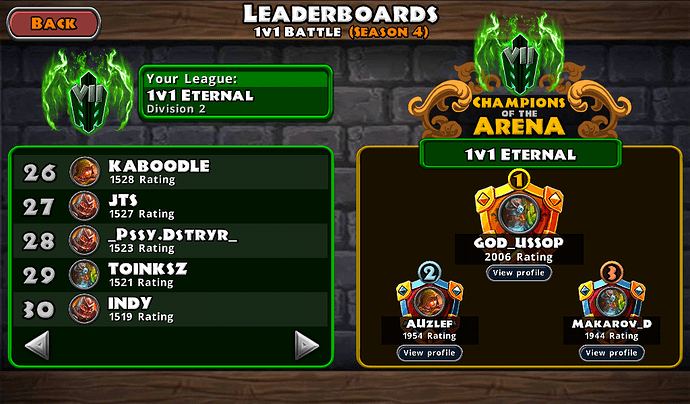 Yep, i made it to division 2 and lasted in there for about ten minutes.

Keep it up …you can do it to the top.