Hola This is My Poison/Tank set and how to improve it? 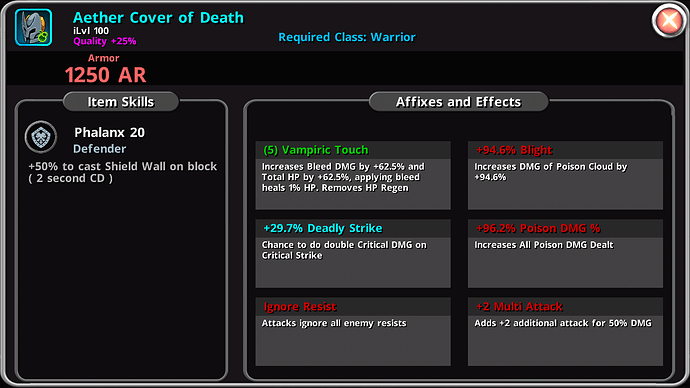 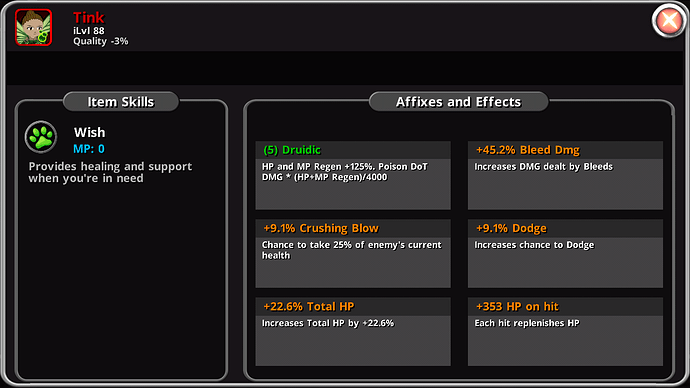 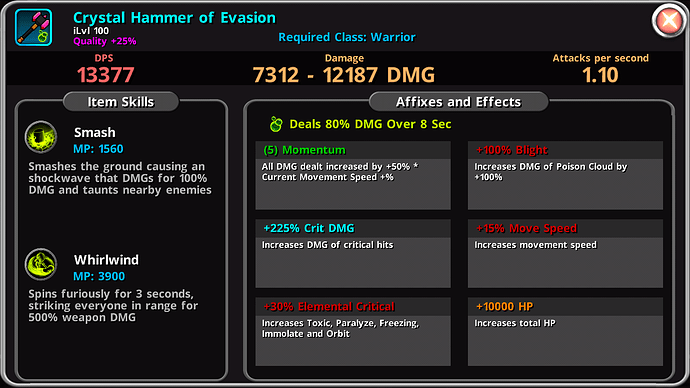 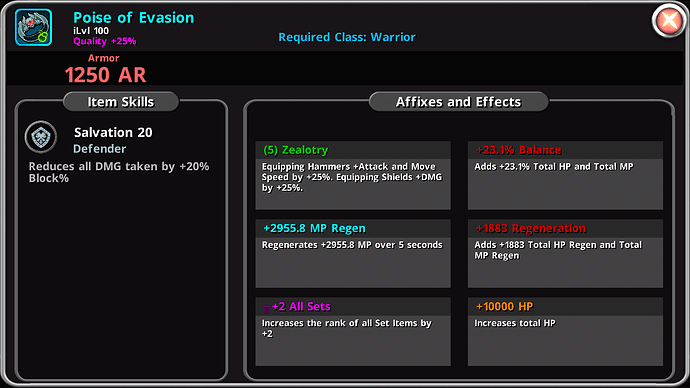 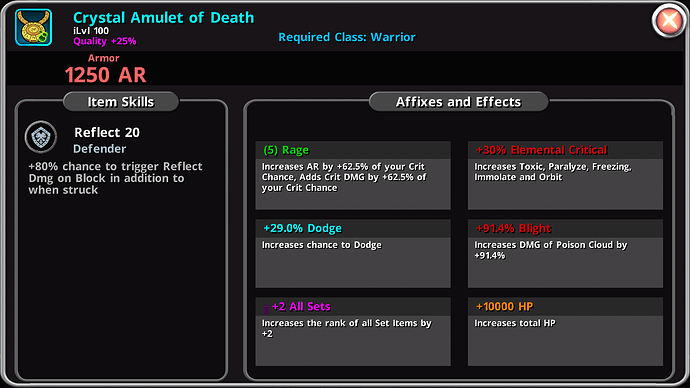 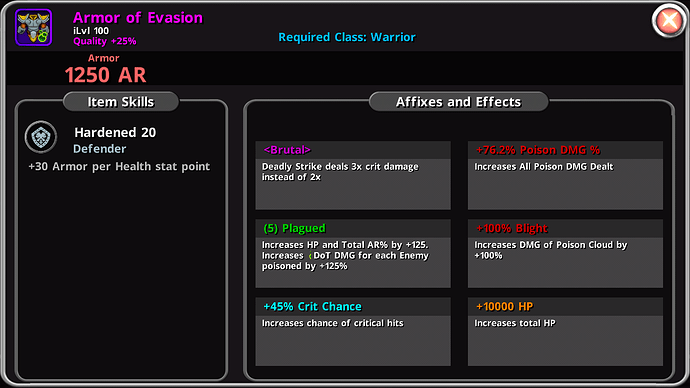 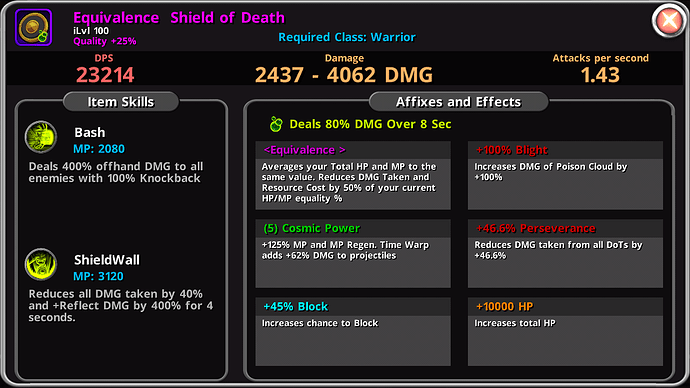 My Stat’s With the Equivalence 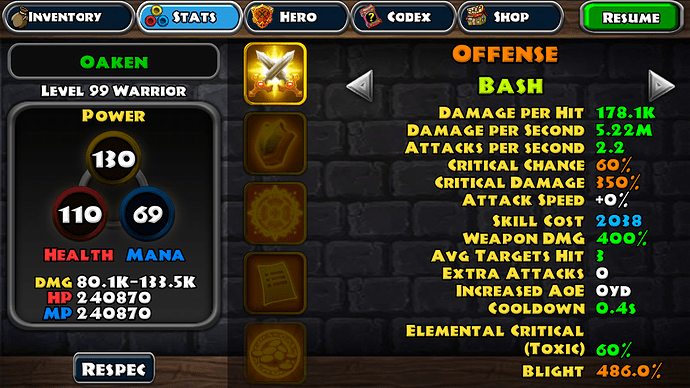 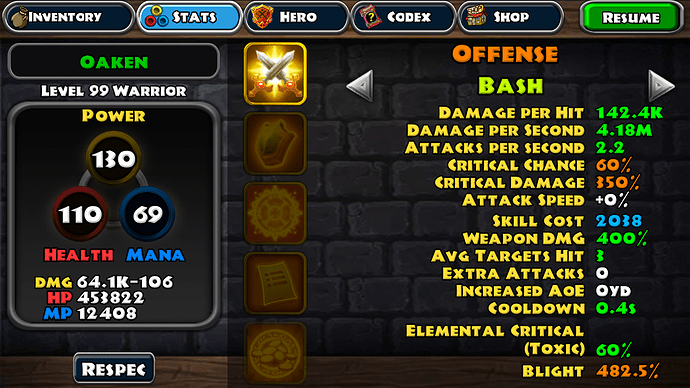 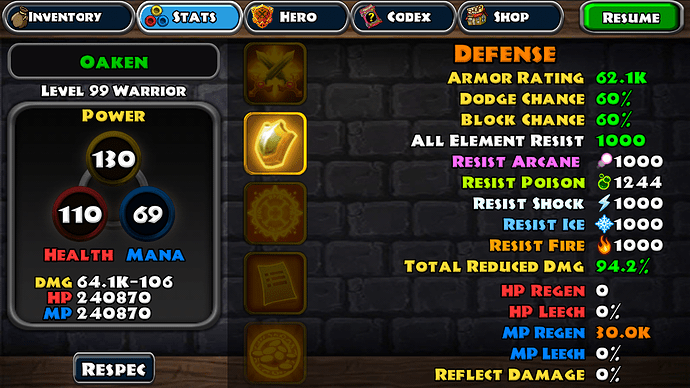 Id probably say to put more thought into the mythics, sanctuary especially or moving the equivalence into ring and having some extra source of damage through maybe nova or enigma
Also you might like to reconsider equivalence all together, forgeting about mana (not attempting to increase mana at all), adding a recourse mythic for more damage and solely concentrating on health, because currently your halving your health and damage taken which is actually equal to just taking full damage at full health, the only difference here is you attempt to bring health back up by wasting affixes on mana…

ohhh i see but i do 100B damge from the poison

-remove Vampiric touch it removes HP regen. You can replace it with Equality to give you damage and more hp and MP regen

true but my hp will be at 60k only

But at higher floors 60K hp won’t do any good

Try add sanctuary or get stealth

anything is possible in this game

I saw Vamp Touch and Druidic and I was like “What?” haha
read the affix description next time dude!

Your other options are:
-Epiphany Set to increase your Crit damage, dodge (75%) and block (75%) if your concern is surviving
-Equality as i’ve explained in previous reply
-Replace cosmic power with Adventurer or Ragnarok (Hammer with defiant) or Pathfinder. And use Mindful for 500% Mana Regen
-replace perseverance with 10% stealth proc
-replace balance with Blight

oh 500% mana regen that over than i wanted okay but i have defiant hammer but i’m scared to change the affix because if i mess it up and poison crits? or stacks on crit damage and that Epiphany i cant get that damn F******* Thing even now