How can I improve this farming build ?I want to farm floor 500 reliably .Please show me some other farming builds.Thanks 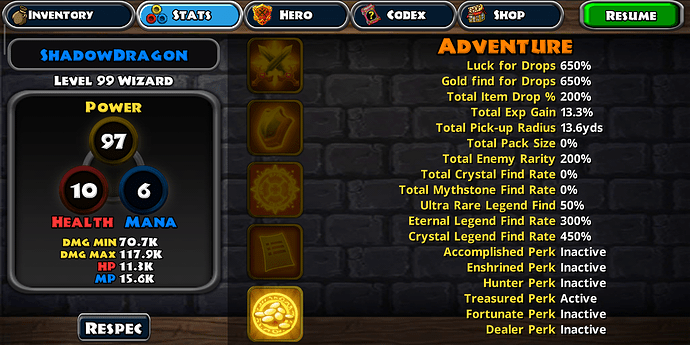 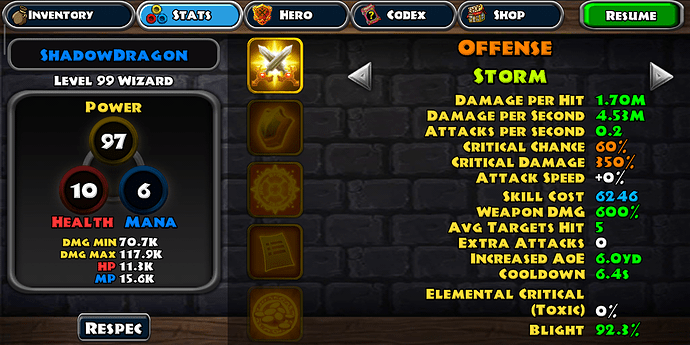 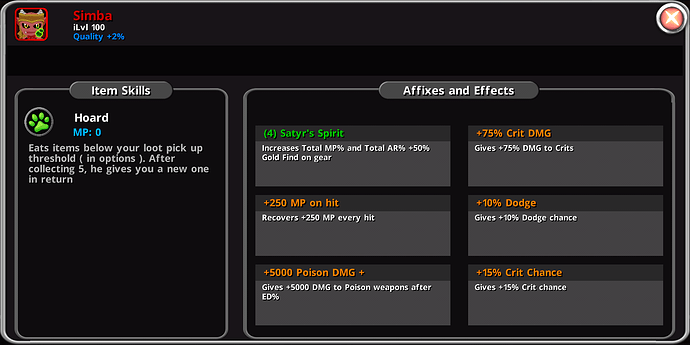 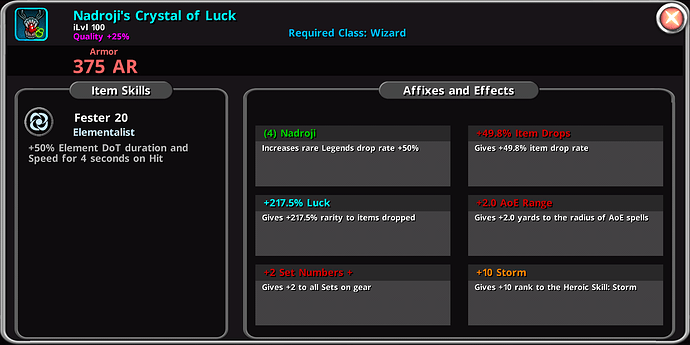 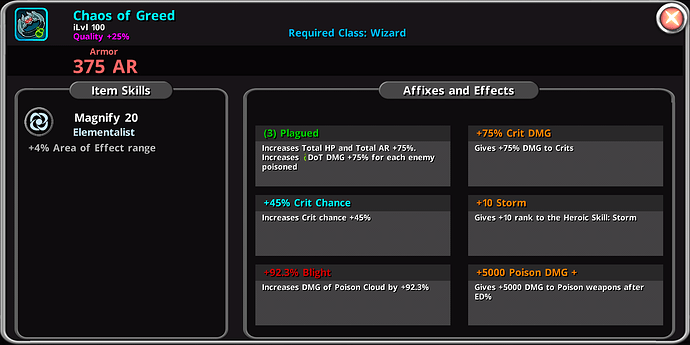 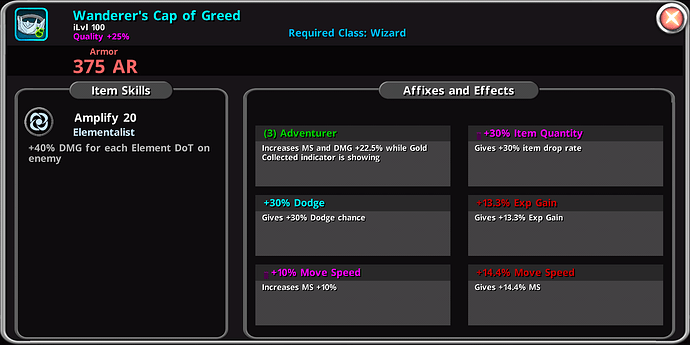 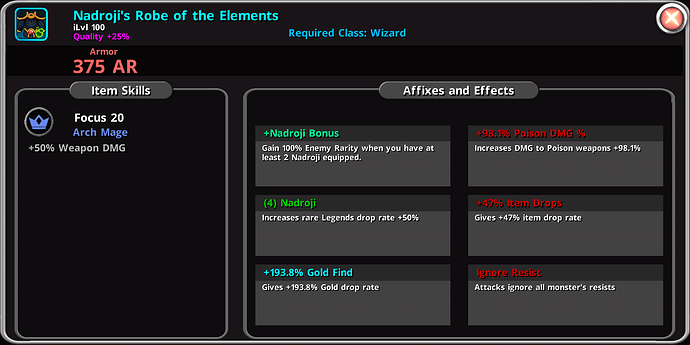 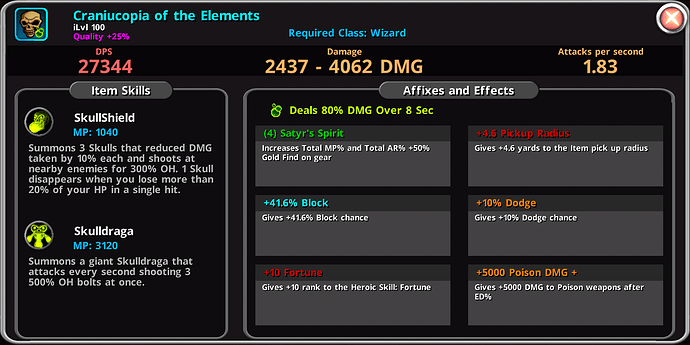 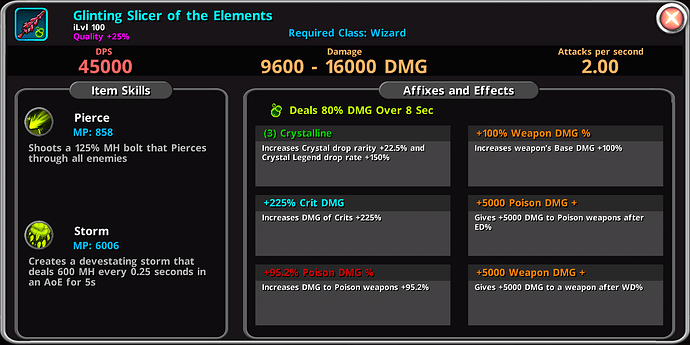 when you get up to floor 500, the monsters get pretty strong, and your HP becomes less useful. Dodge +60%, Block +45%, or +60% if you can, and when you are able, put Sanctuary on your Necklace. Satyr’s Spirit can be replaced with other Sets instead, and Arcanist doesn’t work without the Ascendant Set. and if you use these 2 Sets, you need to get at least +90% Weaken and take off Ignore Resist. if you want to keep Ignore Resist, then you also need to take Arcanist Set off and put another Set there. Ignore Resist cancels out Weaken, making Ascendant & Arcanist useless.

changing the Sets might be kind of hard, but some of the other changes will really help. if you are still getting experience for Perks, then make an Ascending Build with +200% Exp Gain (Quest Stones) and save your Farm Build Equipment for later. or use the Farm Build to get what you need for a good Ascending Build.

Those were old photos .Now I am at floor 530 don’t have hp affix and I want to use epiphany on ring and also insolence as OH.Will these make the build better?

haha, isn’t the Wizard Insolence a Skull? that will be a nice boost to the Build. for the Epiphany, consider which affixes you want more of, since Epiphany increases the Caps by 5% per Rank. since this is a third +100% Poison on your Build from the Insolence, you wont need any +5000 Poison anymore, just make sure you have +5000 WD on both weapons. if you can fit +100% WD on your Weapons, that is more DMG. if you can spare the space to get your Skullshield to 40, you are going to do some serious DMG. maybe change Skulldraga to Timewarp? that is +50% DMG for Skullshield & Pierce when it is active and you are shooting at enemies from within or through the Timewarp. unless you are doing good with the Skulldraga.

I shall correct myself. Skulldraga is only good on an opponent untill you are aware of it’s presence. Then it’s easily avoided.

there are some good PVP Builds that use Skulldraga effectively. in PVE, it would depend on your play style and Build. Skulldraga doesn’t go well with my play style, and I haven’t really thought of any Builds that it would go well in.

It’s good against gung go AI characters. But sneaky evasive AI wins. After @Mr_Scooty revealed the anti immortal build I prefer time warp. You could use skulldraga with time warp as a proc but I would not recommend it. So unreliable.

Will this be a good idea if I share the build as farm build with all the changes I made ?

Farm Builds tend to have many similarities, but each of us players have our own goals and ideas for how to get the loot we are looking for, which is why there are so many different kinds of Farm Builds.

when you are ready, share your Farm Build, and maybe it can give another player hope or an idea for their own Farm Build.