so i just updated my game like a couple days ago and noticed an amulet which i gemmed with both hp leech and mp leech now have their respective stats set +1% instead of 2%. i checked with the in-game dictionary but it says that such mythstones (sorry can’t remember the names lol) should give 2% instead of just 1%. is this a glitch or intended? if it’s the latter then the dictionary should be updated as well.

also, i find that when you pick stuff up they no longer indicate that “shiny” icon at the top corner like before. not that it’s game breaking, it just gets frustrating when you accidentally hit “sort all” and you don’t remember which items were the ones you picked up. quite a hassle to go over the inventory one by one just to check for useless stuff…

The shiny icon only show on lengends/pets/maps until you click on it.

ah, i see. prior to the update all items picked up have the shiny icon. guess i’ll just have to more prudent in checking my inventory. about the HP/MP leech mythstones though, any clues on that? thanks for the reply btw.

I think the mythstone Info’s have some little mistake. 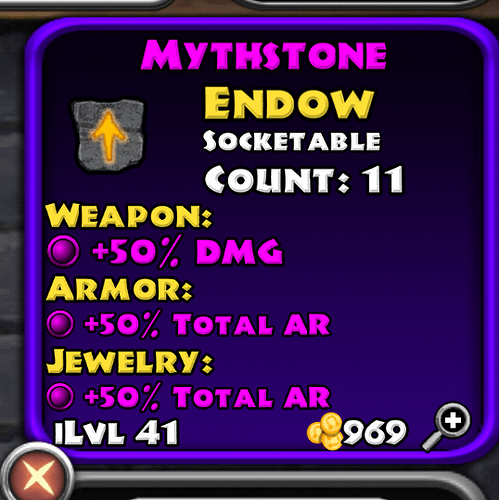 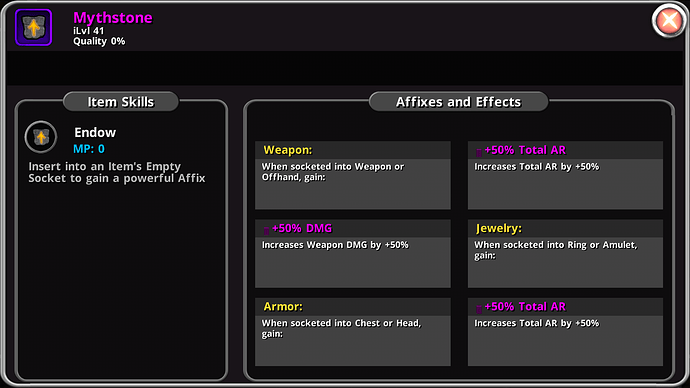 Noted. Thank you for your bug report!

The one in the description should be right. It should be 1%. Thank you for your bug report!

no prob. thanks for the info as well!