How about competition and betting with odds based upon winning streak. But get this… …not pvp but rather Stable vs Stable. Ya know, like Ben Hurr that kind of thing. Simply make the minimum requirements for running a gladiator stable three player characters up to five. Then rank the Stables just like they rank pvp. The Stables still fight the same way as pvp, they just rank seperately, and include betting.

Stop dreaming people. Like what the devs said DQ is not meant to be an online game and these featues will only make sense in an online game. DQ2 would be our best shot, lets see what it has to offer. In the meantime enjoy urself playing DQ and ill enjoy playing this…happy gaming 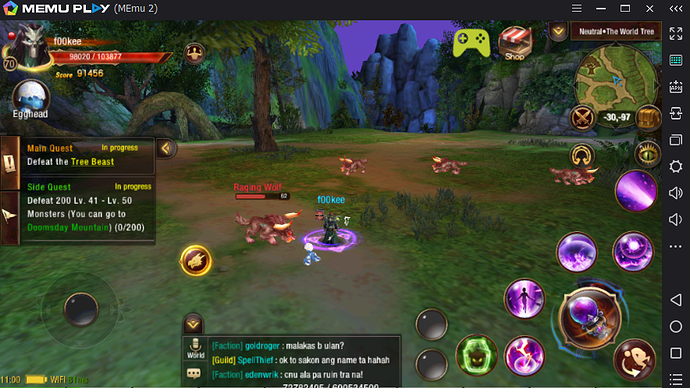 Lol, actually I was raised on txt based games, and what I suggest about “Stables” for gladiator style arena is totally doable, only a few minor modifications to the current script. It would also add flavor, and increased revenues to the company as everyone raced to get more than one character involved to compete as a Stable. Just saying…

When I first started playing games, I had to write my own code in basic just to be able to play it.

This idea doesn’t have to be online this is pretty good betting to have greater amount of MMR or rarer items. Would be awesome

We used to have a win streak system when battle arena was first introduced but then it was dropped . The league points system was tedious even when boosted and it was much better for rankings based on MMR rather than league points. I mean MMR was still there but at the time when arena was first introduced, you couldn’t tell what MMR you were and another thing is that there was only division 1 of every league.

But when league points was removed , apart from matchings based on MMR instead of points gained , you also had a higher chance of getting legend and eternal chests instead of constantly farming epic chests only. Also advert to boost the chances. Since patch 2.1 or so, arena has changed alot from balance but also easier trophies than first introduced.

Stables? That sounds interesting but I don’t really understand it. Then again, I haven’t experienced games like these.

A Stable is different than a league. Each player (owner) as their own Stable. Its really not that much different from what the system is already. The company boosted the number of characters each person can have to 5 possible characters. There is your Stable right there. You can even use the same pvp arena, just track the Stable instead of individual players for the scoring system. You can even introduce side betting, iow betting on or for other Stables.

In this manner, owning a Stable can be a source of revenue and competition for the player. Cause every Stable gets a cut of the gambling proceeds based upon their win/loss record and who with how much is bet on them. Odds are based upon the Stables winning streak.

@wildwood_rose i wunderstand that, i Fink is very smart choice for get more money for the company (DQ) and whid those funds (propaganda), improve iven more the game, but you know, letting the game more intresting whid bet’s, new sistem and all, but i Fink is not that goal that DQ whant to make, you can see how things go know a days, updates that take allmoust a year…, puting more work on the developers will not get thing more fast…, but still love the game DO!

Don’t have to have betting. But betting is how in gladiator arena’s in the past with Stables were funded. The rest is fairly simple to create. OTOH, I bet there is a script out there already premade for betting with Android. Too many gambling games already in existance for Android that there wouldn’t be. Just saying.