For 1-2months working this build, now i still dnt know if it is work or not ,not an immortal build since 7secs you can defeat this build but im proud as one of my collection.round 2 ,1m PD for real rogue damage. 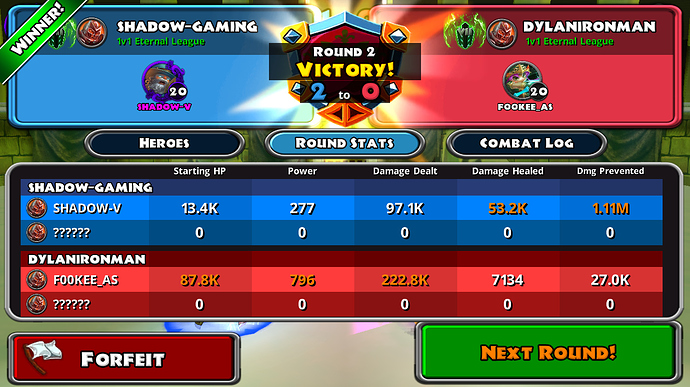 Oh it’s close to immortal. You could end up making a true immortal one time lol.

And what do you mean bro?i could end up making a true immortal one? And do you have Any news about CV in next update?

Your power is somewhat far from immortals…

Yeah a lot farther than Bekor but still it is somewhat tough. If he understood more concepts in DQ , he probably could find a way. It takes a lot of knowledge and finding and testing concepts.

Bekhor is an Ok immortal build but the one problem is the alchemy lets him down in the higher draws by not letting him have full HP all the time. Maybe due to not so high regen or something else. Alchemy is definitely a tricky mythic sometimes.

The clever implementation of the bash skill in semi immortal or immortal build is awesome though. It makes it slightly tough.

Nah, any alchemy build with more than 20k HP can’t be considered immortal, as it totally misses alchemy effects + recover focus. I think this is case of Bekhor. It is no coincidence that old big three immortals and current UltraX have less than 20k. Just saying.

But I fell sad for DQ,immortal builds------the cancer is killing arena,fewer and fewer active players…