Insta-killed in Arena by "default" attack?

I’ve been running into issues in the battle arena. Occasionally I’ll be instantly killed by an opponents default ability. Which doesn’t make sense unless it’s a glitch (annoying glitch to lose points and win streak too), a hack, or I’m missing something.

Thats strange, that kind of crit usually ohko build but it will say guided shot. Maybe he is using some kind of proc

There was no graphic effect either. I wasn’t even in visual range when I died. Just dead for no reason I could see. This happened all three rounds.
I wish I had screenshot the equipment. Nothing I could see explained 10k unlimited range crit procs.

I just realized what DEFAULT is, its when the opponents AI has run out of mana and is using default attack. For some reason it hits really hard it happend with boss.nick , anabel with me

Frankly, I’m done with arena until this gets fixed. It happens WAY to often (I’m insta killed by this glitch every half dozen fights or so). I’m too frustrated with losing arena points to a glitch that arena isn’t fun.

Just saying, I noted the opness of the default skill compared to other skills during testing, but I think I was mostly ignored :(. Now, 10k crit I haven’t seen, but Default can easily do 800 dmg per hit and hits fast, so its definitely overpowered when chakrams do about the same dmg give or take some. I’m not sure why this was never addressed… Well, best advice is to attack at a distance – Default has an extremely short range (prob. Quickattack range maybe smaller).

In the battle log, I occasionally see the word “Default” appear. I have no clue as to what it is, yet it always seems to be doing way more damage than their normal attacks.

I do think it’s some sort of bug.[/quote]

Ok, running a few tests I figured it out: sure enough, it is indeed your “Default” Skill which is cast when you have low mp. The bug is that it deals significantly more dmg than it prob. should. 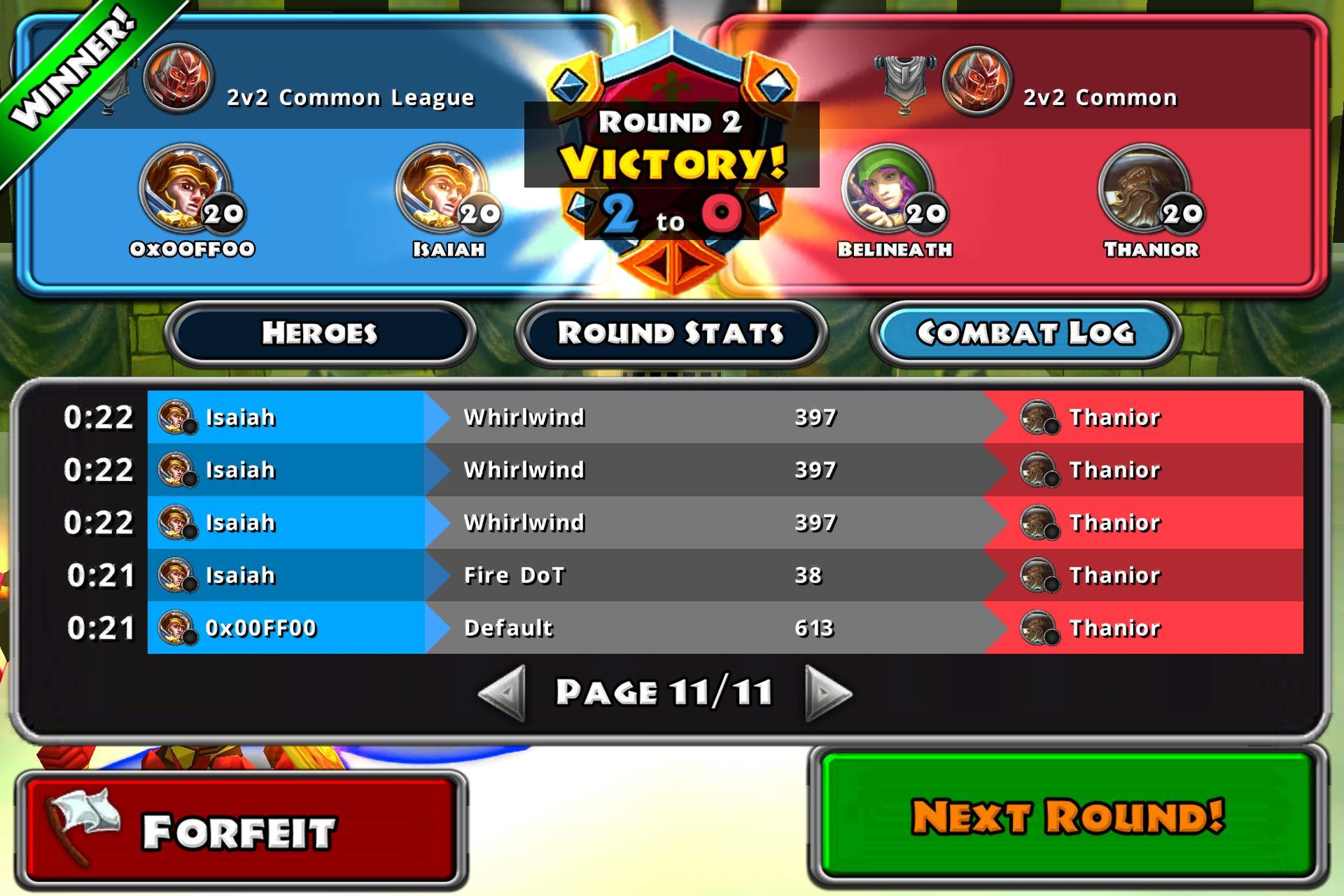 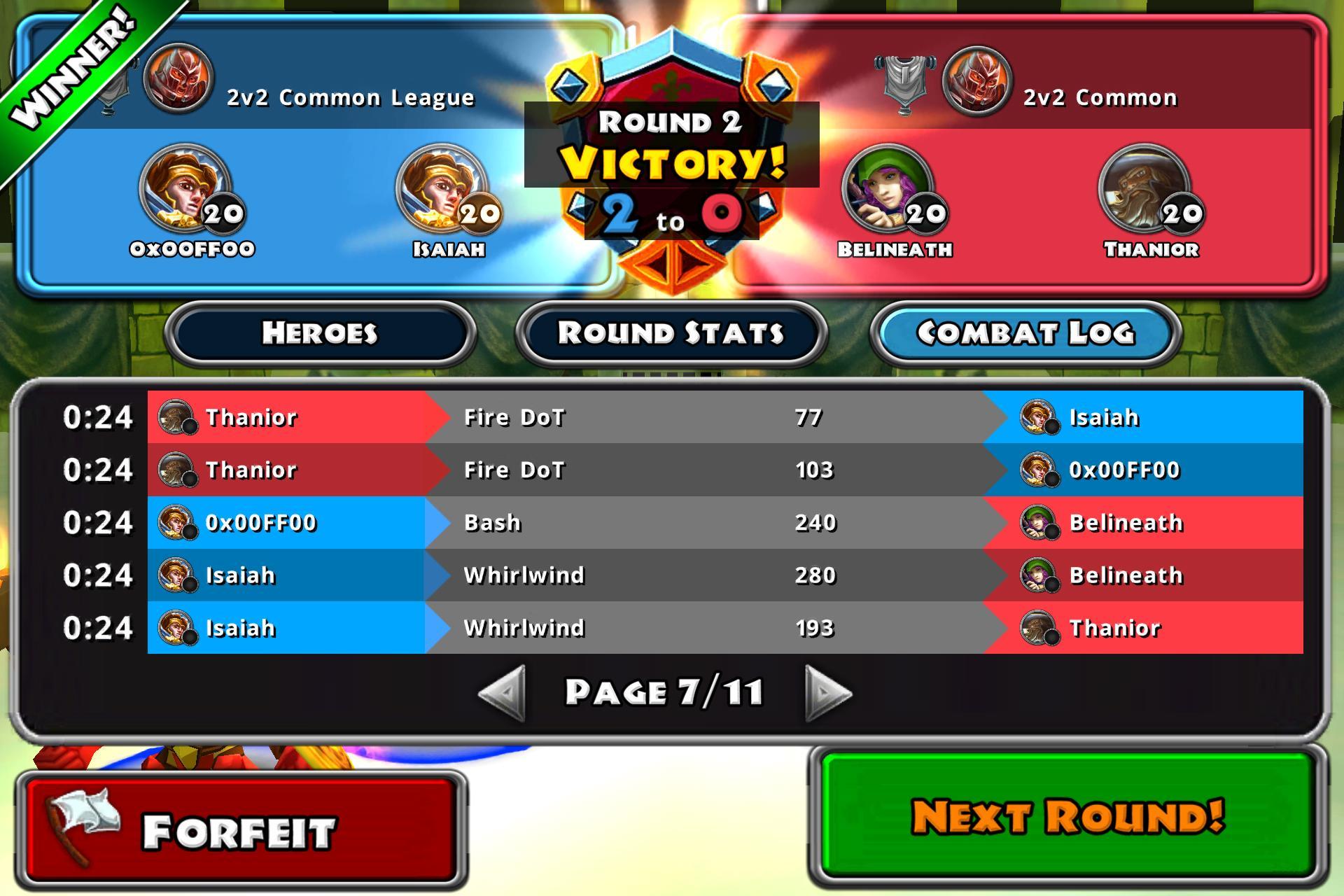 The problem is that this hits at ANY range. I’m usually killed by it when my opponent is not even visible on my screen

Maybe it isn’t scaled properly as default attack should have lower damage than skills. Not really sure but that is really a high damage compared to the char’s Guideshot. >.>

I would think so. I’m not the only player complaining about this toon, either.

Noted. Thank you for your bug report.

Well as far as i know. i think ive read info on Arena manu as item scaled to lvl 20. affix scaled down by 70% also skill damage reduced by 70% idk if it was right as i read it long ago when i first install O.B patch tho. i think the one scaled down is “Skill” Default not a skill right.

Well i suggest dev take look into that tho. MAYBE that setup make it free from scaled. also about range. dev set as skill habe range. like guidedshot eth. but default probably like old toss or sword they just shot straight without travel limit. that just my opinion tho. its up to dev to investigate about that. probably i was wrong lol.

I’ve noticed that my rogue does it too. So sorry to anyone that’s lost against AnneBonny to default.
It’s definitely a bug.

I believe this is the most urgent bug that needs to be fixed. For rogues using bow or gun, they fire extremely far and fast. Their default attacks are nearly impossible to dodge (I can’t even see the trail of default gun attack), especially when combined with guided shots/bouncing bullets that cause stun or slow.

its weird tho. i can see the default attack clearly. its easy to dodge too. just keep moving sideway. default moving straight anyway.

Yeah, it doesn’t seem to happen all the time. Sometimes defaults are clearly visible and easily dodged, but sometimes their super fast, unlimited range, and invisible.
I’m guessing it’s a gear based bug?

I know it moves straightly… but some players have “good” builds (like a particular mp regen) so that the AIs occasionally fires a proper amount of guided projectiles mixed in the default attacks. They shoot outside the screen so root/stun/slow triggers before I can reach them (unless I use same builds as theirs) and I have to use the trinket to remove the debuffs before being shot by following default attacks (one could be lethal). Then if I get caught by another stun, it will be a definite defeat.

u know some ppl make some build on propose to counter your build. if u fight AI that designed for kill your type build while u using the build it mean to counter, u are dead for sure. why dont u try build another item designed to kill that build.?

cuz I use build that is most effective in the whole arena, not just for countering the ones using default attack strategy. They are many, but not majority. Also we can’t change build after seeing the opponent’s build.