Yes, it’s that time again. Noob Knutz has some questions. So without further delay…

Can someone explain to me the following math in the screenshot. How in the world did he prevent 160K in damage when I only did 63K in damage to kill him? What is “damage prevented”? Also, how did I prevent an additoinal 1700 in damage when he only did 653 damage to me? 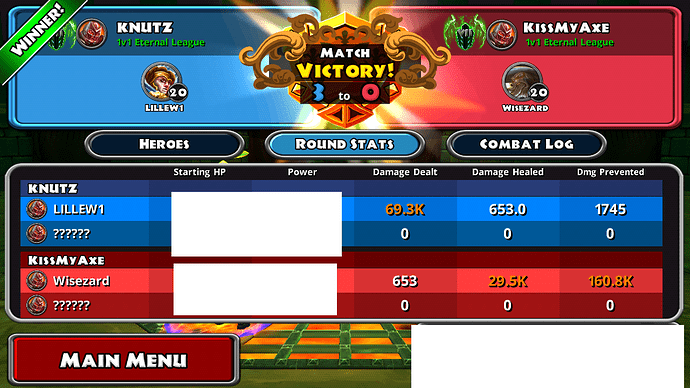 Does Plague and Druidic Sets work with Fire Damage or just Poison Damage?

Is their some skill or affix I am not aware of that gives someone 100% Crit Rate in the Battle Arena? Without throwing names and screenshots out there calling someone a cheater, I want to ask first. It appears I fight the same players and they always have 100% crit rate against me.

Is their changes being made to the MMR? On consecutive 7 match win streaks I have fought this guy on the 8th Match every time. With his record, it seems odd I am fighting him at that point in my win streak as opposed to someone better. Thought I’d ask as I am not sure how the whole MMR thing works. 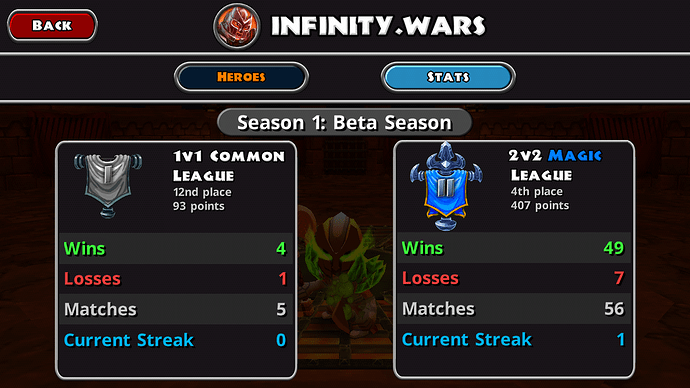 That is all. More noob questions to follow I am sure. Thanks for all your support and help to us DQ Noobs.

Sureshot gives a 100% crit chance on enemy with full HP. That might be your crit problem. There are legit Eternals with Crystal affixes.

-You get HP and armor buff from plagued. The increase in damage of poison cloud only applies if ou are using poison element. Druidic only works with poison.

-Some eternal with crystal are legit. Rule of thumb is. The affixes should follow the Legend version of the item and the crystal affix should only be the affix of that Legend Item and.

For example you can have Crystal Eternal Travesty of Fate with attack speed as crystal affix. You cannot have any other crystal affix as it is the only affix that can be in crystal version.

Thanks for the replies. I’ll have to look up that Coat Weapon Proc thing. That might be something legit I can put in my Rogue Build. Coming up with new ideas is brutal haha.

it makes sure when you crit you also do elemental critical. So, having 3 coat weapon gives you 75% crit chance and elem crit at the same time. So you dont need to get L:crit element and crystal affix: crit chance and get something else

Good advice. Thanks. One more stupid question. Which resists work in the Battle Arena? Element, Armor, none, or all?

Good advice. Thanks. One more stupid question. Which resists work in the Battle Arena? Element, Armor, none, or all?

I’m not sure about this one. Hope someone can answer

HAHA! No worries brother. (Or sister

) Just got another one. OK… I am going in and out of the practice arena with my rogue to test some stuff. BUT, I want to keep my Warrior as my main. When does the game calculate which toon is your “Defensive” character? Do you actually have to play a match for it to register? Does going in the practice arena switch your main to THAT character and I will now have to log back IN the warrior to make it my main for defensive purposes?