Played a bit after update, luck showing but not working properly. 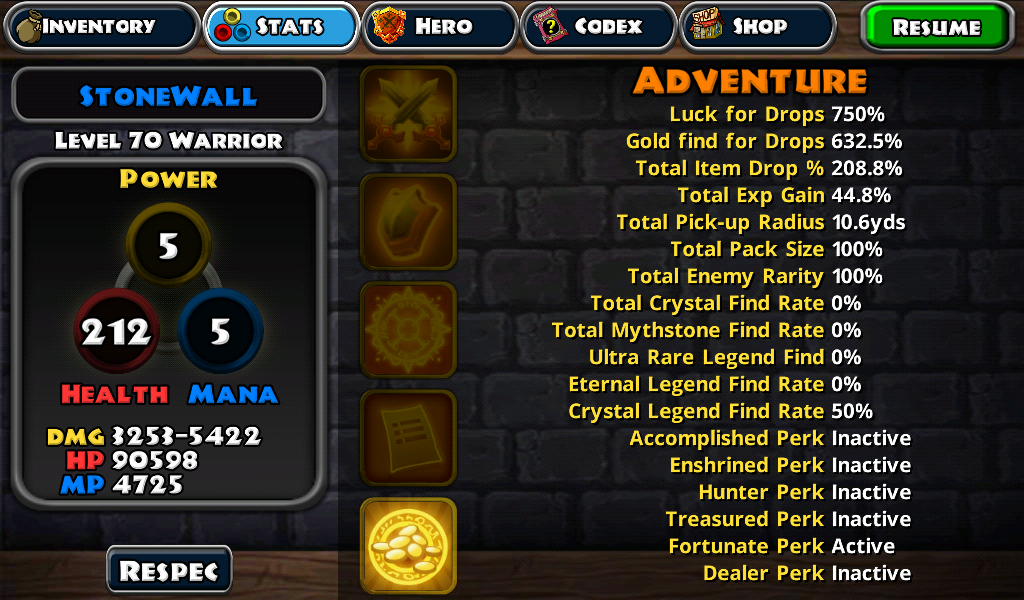 I am experiencing the same issue. I played 97 maps since the luck bug was fixed. I have only had a handful of legendary items drop. It is better than it was when 2.4 was released but it really seems that luck is still off. Screenshot below of my PVE adventure page stats. 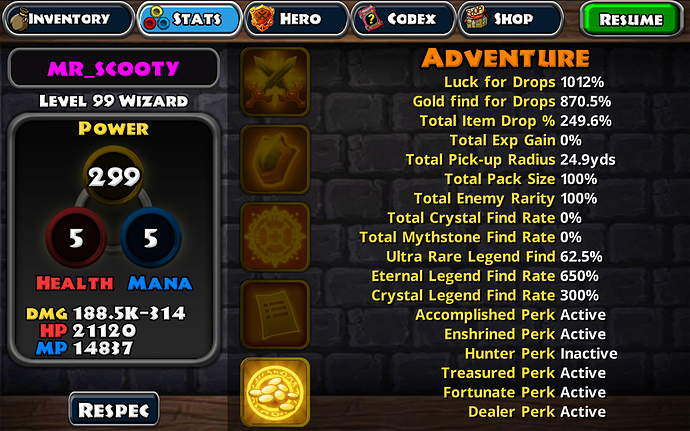 Ok I been patiently waiting all weekend to farm so can fix my PVP toon. Now I’m bummed

Could just be RNG messing with you?

The luck bug was fixed and currently in my testing on android and amazon I don’t have any issues. Apple is the only version where the luck bug has not been addressed and only because the update isn’t out on that platform yet.

Maybe. I haven’t farmed in over a month. I will try again but it does seem that something is off. Maybe it’s just my away time. If you say it’s fixed then I know it’s fixed.

Adding @SteigerBox so he can confirm as well.

If you’re seeing the number properly, that’s what’s being used for luck rolls.

@SteigerBox can u please check this screenshot. angelic set should have 25% dmg if its [5] right? 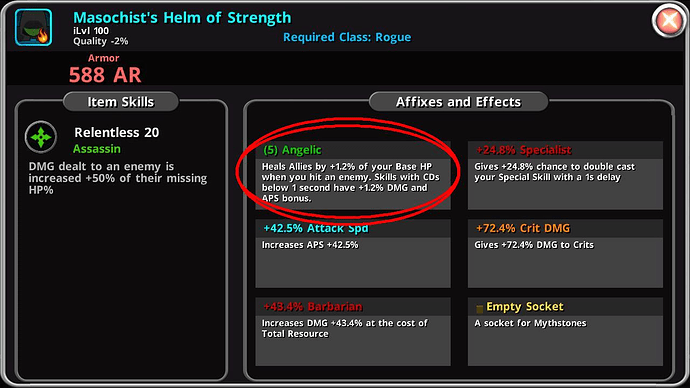 From what I’ve experienced, it is fixed. The adventure page is correct and I think it’s just RNG messing with you. I know damn well how much they mess with you.

Anyway, try playing for a hour or two and see how many legends/eternals you find in floor 200/500/1000. Keep doing that and if you find a consistency in drops that you like, it should be working well. It’s hard for me to prove it’s working but I just feel it works again. Also with luck, have as high as possible item drops to increase chances of legend/eternal drops.

@Mr_Scooty, how come you don’t have 350% item drops? I think to achieve it, you have you and hirling both with fortune 20 and 4x legend item drops or 6× fortune mythstone per character plus a few additional stones. Also epiphany (5) both characters. Maybe you’ve got that already though? That might fix your farming problems?

Concur. I believe I was being trolled by the Random Number Generator. Played an additional hour after Steiger response yesterday and drops appear back to normal.

You were correct and I was wrong. It was absolutely RNC my apologies. Played 10 more lvls and all started to look right again.

Ok. I got so many legend drops it was crazy today. It’s fixed and I think better than before the bug even started (maybe it’s just me as I haven’t farmed too much). Man, I abused the heck out of floor 2 and got so many pets, along with many legends. Thanks to monster boost.