LUCK still bugged till now [Not a Bug]

So, I’ve played today to check if the famousUploading… luck bug from the previous update have been fixed already and it’s no good. My Luck% is still stucked at 840%. I’ve even get Epiphany to reach the full potential of my farm gear and only the Gold Find% is capped at it’s finest. Can you guys tell me if there are others in here who encountered the same issue?

No mate. I exactly have the same value of LUCK% and GOLD FIND% +2 75% of them in my pet take note, it’s all stacked in my main. I’m pretty sure my hireling have nothing to do with it since he doesn’t even have any farming affixes. I’ve checked the pets. There’s no problem. Really.

So, if that’s it then why did I get an overall 1012% Gold Find when my hireling doesn’t even have Gold find affixes? If it have it’s only the heroic points of fortune at rank 6. So, basically it should have the same value with luck since they are all the same right?

I’m done talking. I’ll show you my gears so that you will believe that it’s really bugged.

I have a feeling that there is some sort of bug also. Not the 100% bug as before last patch, but at least there is something else I don’t understand.
2 screenshots, taken on the exact same map, a long with their respective stat/luck: 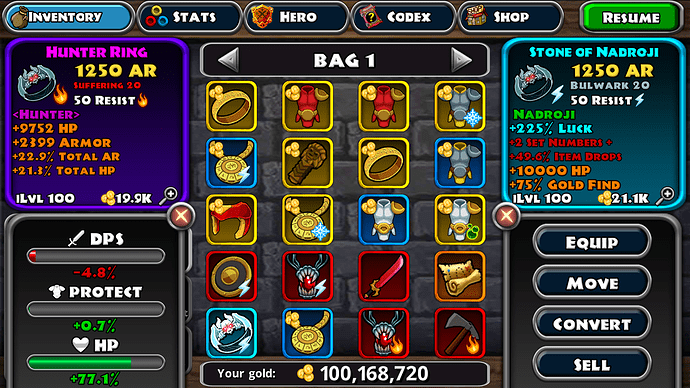 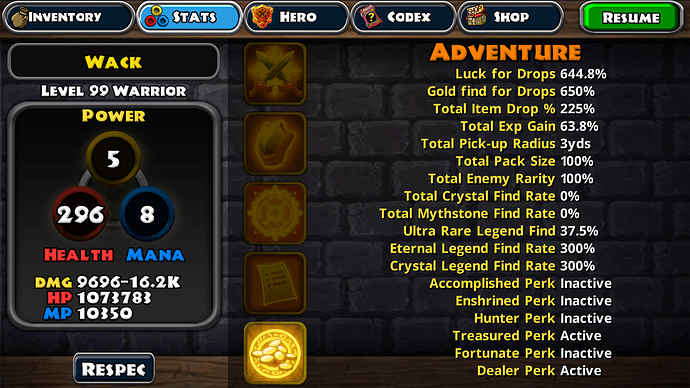 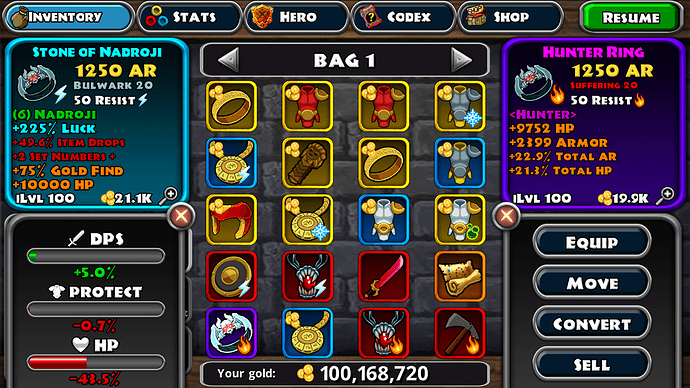 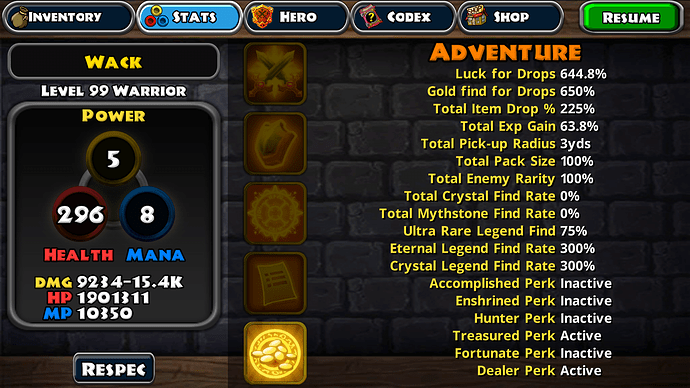 Both set ups are with a hireling attached, same gear for both screen shots.
I’d think that the 225% extra on the Nadroji would move me away from the 444,8%?

I figured it out already

my bad. Sorry. It was really the Gold find which is quetionable since it was capped already when I’m lacking some LUCK and GOLD FIND affixes in my hireling

btw, thanks @Griffin012 for the feedback

Glad I could help out

Interesting… Does that mean by both toons wearing their farming gear improves the average when i open my chest?

Well, to reach the highest potential. Use Epiphany

there is no better than having 1012% Luck! haha

But what about the mythical 1110 luck

never had an idea about it man

(it’s super inefficient and you shouldn’t do it though

haha I might be sticking to 1012% rather than getting it though. I think it’s already the perfect set-up for me so yeah