Any tips to improve my farmer would be appreciated 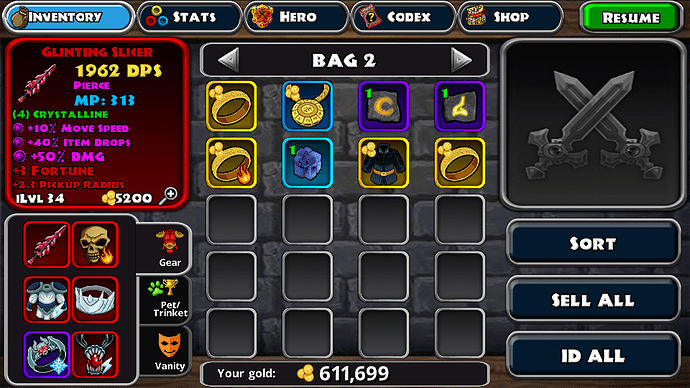 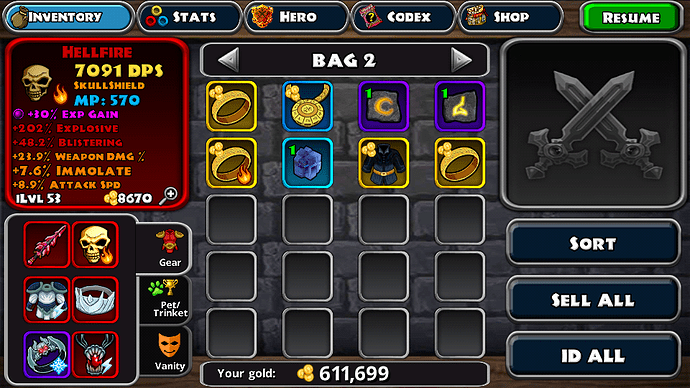 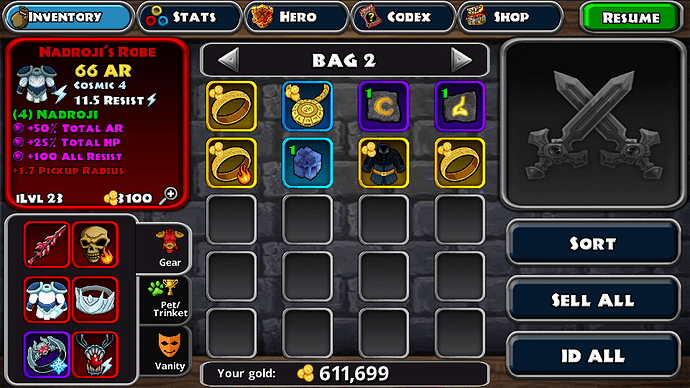 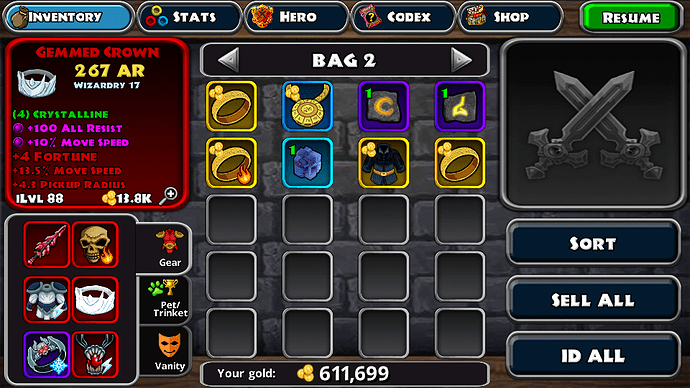 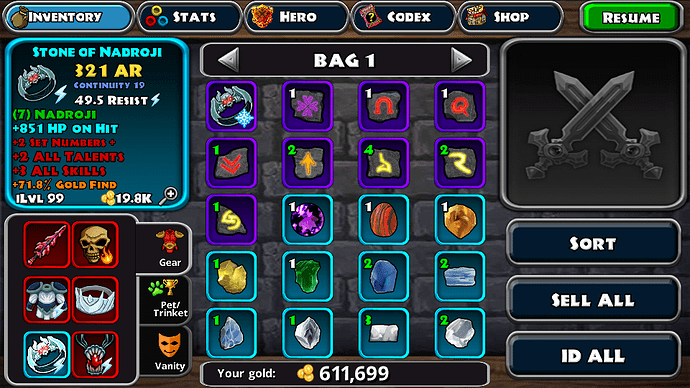 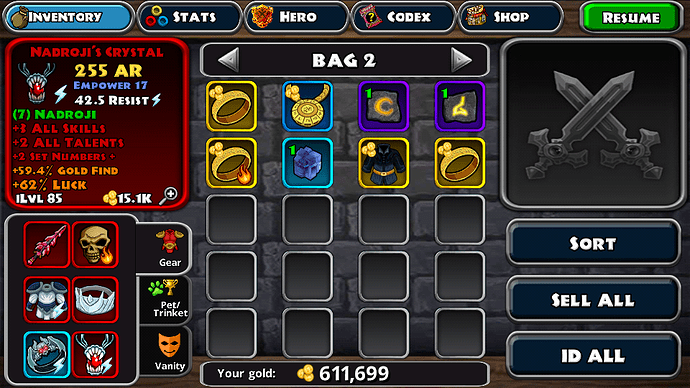 I’m so confused with what’s going on with your sets.

I’m so confused with what’s going on with your sets.

About the build though – you can certainly use some Peridots to increase item levels on your sword, robe, and skull. Then use some Diamonds to reroll those legend affixes, for more explosive, more blistering, and more pickup radius. I’d also ditch the all resist mythstone on your crown, maybe add a Fortune mythstone for item drops?

And you got rid of the whole point of having a Nadroji Robe.

The ED% is the most valuable thing on the robe.

Half his sets are at 4 (including one Nadroji…), while he ostensibly has +4 set numbers equipped. Something strange is going on here…

Im jealous of the nadroji ring. Only thing I need for freaking original legendex.

The original LegendEx is no more! Your false hopes and fallacies will burn! All hail the new LegendEx!

Truth. I’ve been to lazy to grind the floor 700+ items but all the masochist gear is checked off. I’m actually a little annoyed with how frequently I find them as eternal items. I still want an eternal ob, vs, and what not.

However I did find a 95% mythical chakram (the 4 slot one) which I’m planning on doing something with. Don’t really know yet since I can now jasper to a staff if I want to.

Chakrams are more kickass than staves.

Yeah you can see a purple mythic ring (prolly hunter) equipped in the first few shots, which explains the sets(4). Then he equipped the Nadroji ring to get Nadroji(7).