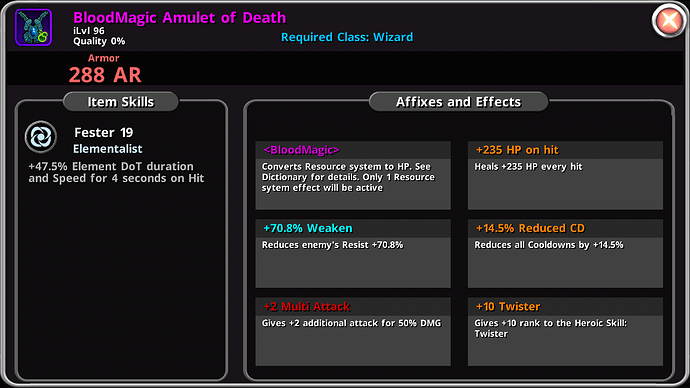 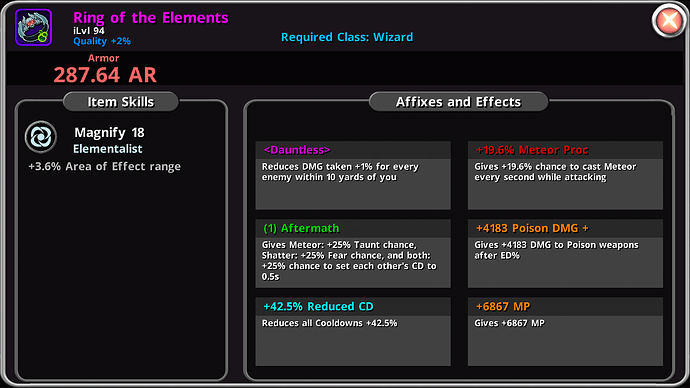 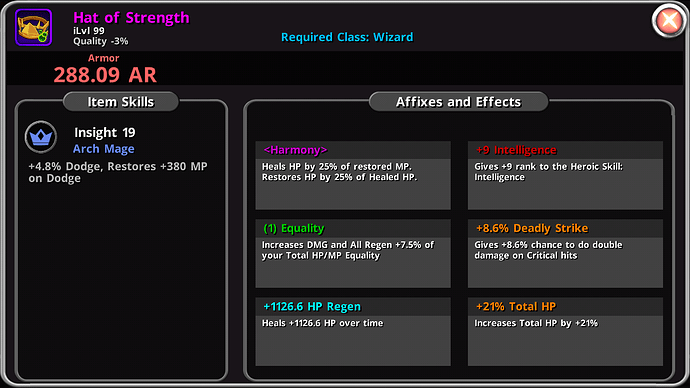 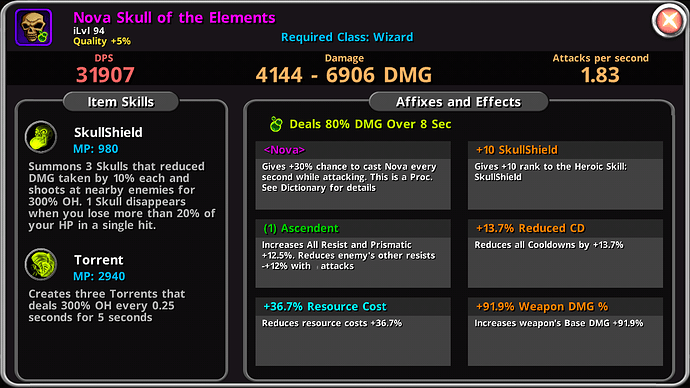 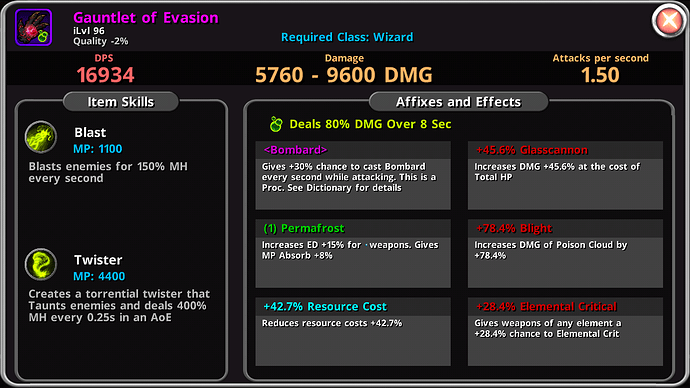 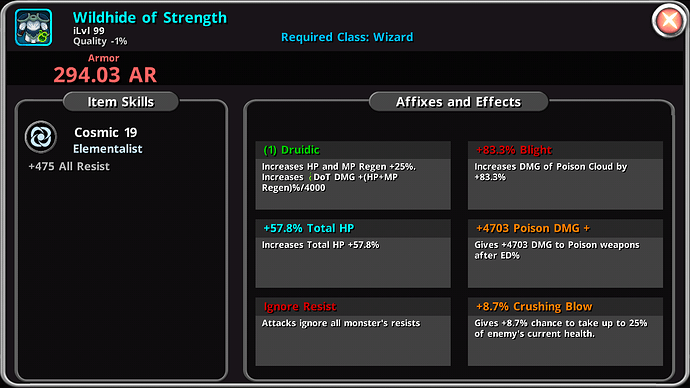 Guide me how to make this alot stronger please

I read your other thread, and now that I have seen your items, all that HP you got turning your MP into HP, 45.6% of your TOTAL HP went away with Glasscannon. replace 1 of your Epic (Orange) Reduced CD with Dodge. umm, I guess get a Nadroji Necklace, only keep the +2 Set affix, and replace everything else with what you have on the one you have, except for the Reduced CD affix. and replace the Glasscannon affix with Dodge. that wont change your build too much, and improve it quite a bit. at least as far as surviving goes. although you lose damage from losing Glasscannon, all your Sets will go from (1) to (3) so Ascendent will help your build out a lot, Permafrost increases Ice Damage +45% (this only increases damage for weapons that are Ice Element, even when using Ascendent), Equality damage/regeneration goes up to +22.5% of your Total HP/MP Equality (I don’t know if this works with Blood Magic or not, but you might want to do a search on Total HP/MP Equality, it looks like this Set isn’t going to be much help for this build from what I can see), and for Druidic, the Regeneration goes up 75% which will help your Poison DoT a lot. also, I guess keep your Gauntlet Poison and your Skull Ice, unless you want it the other way around. the problem is Blight on your Gauntlet. if your Gauntlet is Poison, you increase the damage of any Toxic clouds. but if you have it Ice, Frostbiting increases the damage to any target that is Frozen by +78.4% from any kind of damage. might be better to have Ice Gauntlet and Poison Skull. after all these changes, you will learn a lot about crafting items. hope it helps.

Thank you for helping me so much and I have to admit that the permafrost was my bad cuz I forgot thay i was switching from ice to poison and I should have gotten tha one with plague and the glasscanon I was pretty dumb about using glasscannon on two item ones at 45% amd the other is at 50% so im planning to get rid of the 45% and replacing it with high dodge rate and also replacing some hp or mp on hit and so cooldown reduction with elem crit or damage. Again thank you helping me

Wait one more thing will perma frost work good with luke the set I have? Like perma frost and poison or permafrost and fire?

Permafrost only increases the damage of Ice Weapons. if you have Prismatic, like you have with Ascendent Set, when the Element gets changed to another, it will still get the damage bonus, as long as the weapon was originally an Ice Element. so if your Gauntlet was Ice and your Skull was Poison, even if your Twister became Poison because of Prismatic, it still gets the damage boost from Permafrost. but your Skull, if Skullshield came out Ice, it wouldn’t get the bonus from Permafrost, because the Skull is originally Poison.
Elemental Crit Damage (shown on your Gauntlet as Blight) is a little different. it only affects Toxic Clouds, but it is Element specific, so it doesn’t matter which weapon caused the Toxic Cloud. so if your Ice Gauntlet fired off a Poison Twister because of Prismatic, and the Twister got an Elemental Crit for a Toxic Cloud, Blight would increase the damage of the DoT of Toxic. but if your Poison Skull fired off 2 Fire and one Shock Torrent, and they were Immolating and Paralyzing, they wouldn’t get the extra damage form Blight, which only affects Toxic.