Ive come up with a new class that could be added to the game:
Class name:
[color=#BF0000]ASSASSIN[/color]

)
But… the assassin has low defense and low health so staying mobile and evading enemy attacks is a must to survive.
For this class to be implemented, having cooldowns is necessary because else the stun skills will keep the enemies stunned permanently.

So lets get right to it.
Instead of mana the assassin should have something like rage/hate that decreases when using skills. Whith decreasing hate/rage the assassin
has increased dodge chance or something, while he has increased crit chance when it is full.
Main attributes of assassin are attack speed, crit and dodge to help him survive the vile enemies.

Possible talents
[ul]
Perfect Aim
You have a hightened crit chance depending on talent rank. Critting refills your hate/rage (like above)

Mark of Death
Chance to mark the enemy (only normal, magic and rare enemies) for death, increasing your damage, stun chance and the chance to dodge
attacks from that monster.
[/ul]
Weapon Ideas
[ul]
Twin Swords
[list]
Normal Attack
Slash twice in quick succesion in front of you, pushing back the enemy a little and applying element damage. Short range.

Skill
Throws out knives in a cone in front of you piercing all enemies (see piercing effect above) and stunning them.
[/ul][/list:u]
Offhand Ideas
[ul]
Smoke Bomb
[list]
Normal Skill
Does what it sounds like it does: IT throws out a smoke bomb in a circle around you. In that smoke bomb the enemies can’t see you (they
dont attack you) and the smoke applies elemental damage of offhand element. Smoke cloud lasts for 5 seconds. (Talents can prolong that.)

Special Skill
When in the smoke cloud you jump from enemy to enemy in the cloud (Ill leave it to the devs to decide how many enemies you attack) and do critical
hits to them (they cant see you while you have some badass ninja vision that allows to see in the smoke allowing to strike their vital parts) and applying
Mark of Death (see talents above).
[/ul]
Invisibility Cloak
[ul]
Normal skill
You become invisible. When you attack you will lose invisibility, but that attack deals a guaranteed 200% damage crit, (like 2 crits) stunning the target(s)
and applying elemental damage. This is combineable with any main weapon skills.

Special Skill
When invisible, you stike one enemy with an incredible 500% damage crit (like 5 crits!!!) and apply elemental damage of offhand weapon type.
(Havent put much thought into that one yet. This is a stong single target skill against bosses or strong monsters. This skill HAS to have a long cooldown.)
[/ul]
Illusion
[ul]
Normal Skill
Creates an Illusion of you, (or maybe more with +Illusion affix or a talent) that draws some of the monsters attention (50% of the monsters attacking you
will switch to attacking the illusion). After some time the Illusion will explode, dealing element damage and stunning the enemies for some time.
Monsters you attack will go back to attacking you instead of the illusion(s).

Special Skill
I have some ideas, but none of them are really good:
-Switch position with the illusion (wouldnt work with many illusions)
-Make the illusion(s) explode after a while. Same effect as the normal Illusion skill but deals more damage or something.
[/ul]
[/list:u]

I havent put too much thought into this, but will definitely try to think of new useful talents and skills/weapons.
If you have any ideas, im open for them! Constructive critiscism is always appreciated, unless too critical.

PLEASE DISREGARD THIS POST AND SEE LATER POST.
THIS WAS NOT MEANT TO BE BASHING IN ANY WAY, AND HOPEFULLY YOU WILL ALL AGREE WITH THE OUTCOME. CHEERS.

. Great write up and thanks for the time a thought you put into the class (love perfect aim and invisibility cloak)

Sent from my SM-N900T using Tapatalk

Yeah… check your inbox Todd… left a couple of goodies in there for you. Also, shutnic, please disregard my earlier post. I did not intend to let you down by it… more like lift you up… you’ll understand later, hopefully. Also, I hereby challenge every member of the forum, especially those new to the game itself, to come up with the best ideas possible for this class. While I will admit, I have read every post in every thread of this forum, aside from the possible threads that I don’t have access to(admin board possibly? It would seem there should be one of course…), and know little more than the general public about said class, I will admit that the nail has been struck fairly hard by shutnic. He seems to be going in the right direction. I will keep you guys as up to date as possible, without any major spoilers, as I can… possibly even try to convince(or help convince) the team to keep as little in the dark as possible, while still making the release exciting to ALL members, including myself(and other testers).

Aww shoot, lets ask them right here. Staff team. Please keep testers as in the dark as possible about this class, until as close as possible to release, so that our ideas may not be affected by knowledge beyond that of the average Joe. I feel this will make for more exciting skillsets, builds, and weapon choices.

Awesome post dude! I hope some of your ideas get implemented in the upcoming new character! I love being an assassin in games due to increased attack, I’m all about attack.

Infection: infection will cause a dot effect of 150% weapon damage over a period of 5 seconds, as well as a slowing effect/chance to temporarily increase dodge. An infection may lead to poisoning(just like using poison dot).

[quote=“shutnic”]
Illusion
Special Skill
-Switch position with the illusion (wouldnt work with many illusions)[/quote] this can be salvaged for use with many illusions(by the way I really liked this one) by simply rotating between illusions in one of the following ways:
Numerical: illusions would be rotated to as if by order of creation.
Circular: illusions would be rotated to by clockwise(or counter clockwise depending on your (shutnic’s)preference). Although I am currently unsure if your(developers) engine supports strong enough direction-finding code(however I’m strongly leaning toward it does).
Smart AI: illusions would be teleported to depending upon enemy density, the more dense the enemies near the illusion, the higher chance of teleporting to it. This is by far my favorite, but due to constant checks of enemy density, may cause too much lag to make it a viable option.

[quote=“TehLeetHaxxx”] I will admit that the nail has been struck fairly hard by shutnic. He seems to be going in the right direction.
[/quote]

Are you implying, that the next class added by the devs may or may not be an assassin? That would be cool. I liked he demon Hunter in Diablo and I generally play rogues in rpgs.

I also like you crossbow idea. Will add as soon as possible.

I played WD and Hunter in D3 – then I discovered Archon Wizard.

Here’s the basic the format ( that you likely already know ) we generally follow for classes, using warrior as an example:

Nice idea, keep it up!

I know the format but haven’t been able to come up with more (offhand) weapons or talents.

Sent from my C1505 using Tapatalk

I know the format but haven’t been able to come up with more (offhand) weapons or talents.

And then everything has to scale and “harmonize” with other talents/abilities… It’s kinda difficult to keep everything balanced.

Sent from my C1505 using Tapatalk

Another offhand suggestion if you are open to it:

Effect: create an after-image clone of the character, duplicating all actions of the assassin, in which the duplicate actions deal DPS equal to that of the offhand weapon.

This idea could be placed as a legendary affix (1/4) in which the after image deals 12.5% DPS per item equipped instead. Possibly named as wind garments set, or mach X (roman numeral for 10, also defined as hypersonic by NASA) set or something.

Sent from my MB886 using Tapatalk

So like zed from league of legends. (lol. I always make references to games 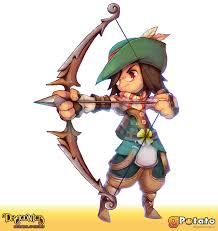 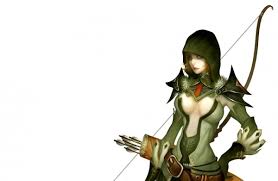 My though is that rage should be good for warriors (like works on wow, sry for mention another game) and for rogues mana/energy