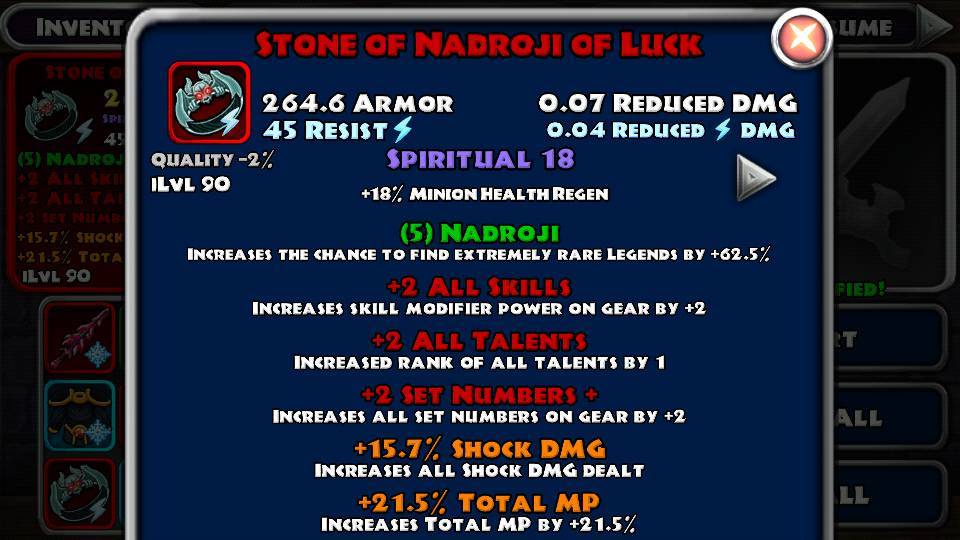 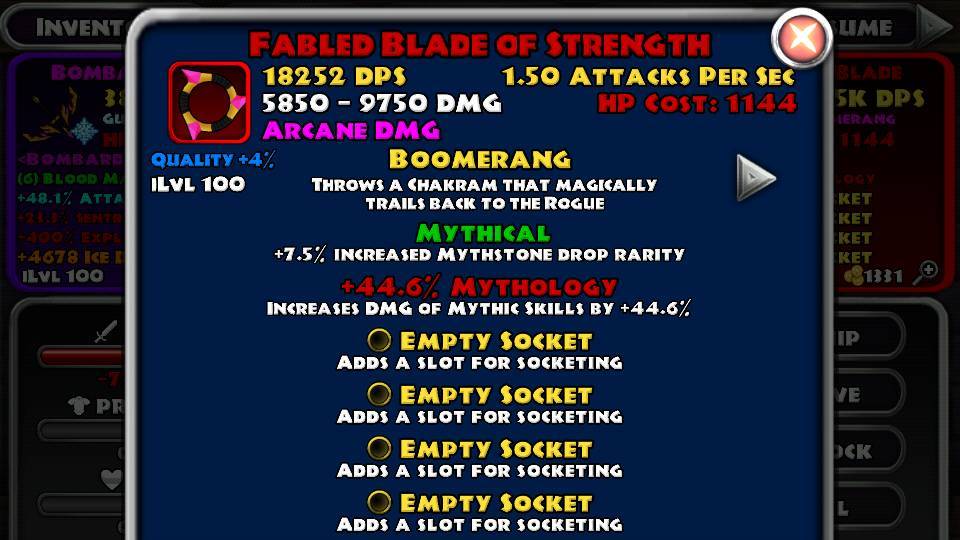 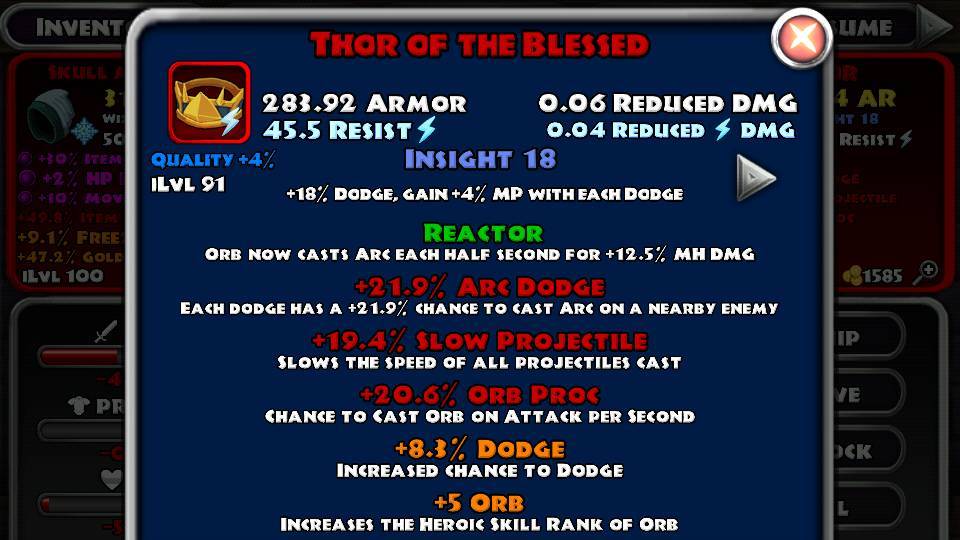 The eternals you get are disgustingly awesome. I want them!

[attachment=2]eternal.png[/attachment]
I have not found any new eternal after I have started to wear it. (Is the chance still too small?)

Two key drops I’ve gotten. (Well, the two most key ones to me.)

I’ve got some crystals and other eternals, from my 2 days of binge playing… But these two define the characters they are on. The Nadroji dropped at level 233, Mythic 3. (Dropped on a rogue for wizard. Quite annoying given that my wizard was level 50. He’s now level 91, I suspect one more good night, and he’ll be 99. The wizard is still gearing out, so the rogue is stronger… I suspect that won’t last, given that ring.)

I want that eternal Nadroji…

45.8% proc for storm can be helpful to one of my wizard characters. As the storm appear so frequently, I can see two storms of different element always overlap (because of prismatic). The wizard has 32k hp with Blood Magic but the Storm cost 10k hp (It is good that he has 12k hp regen and 2% hp leech)
[attachment=1]stormapr14.png[/attachment]

I had an Obsidian drop for me yesterday! The blue lettering when it came up and said that… I was shocked. I do not have crystalline set affix. Does anyone know exactly how rare it is to have an Obsidian drop? Maybe I should go buy some lottery tickets…

Just found a Ruby as well…

Why only update last night ?

Why only update last night ?[/quote]