So what’s up with this? I have several duplicate items where one clearly has better stats, yet the one with lower stats sells for more. I have a duplicate of an Eternal Harlequin’s Comfort, identical stats, yet one sells for a different amount than the other.
I also have an eternal item, level 100 with an epic affix that has higher hp on hit stats than the same item, also level 100 eternal, but has a cyrstal affix of hp on hit that has lower stats than the epic affix on the other item.
Is it simply a matter of the roll? In other words, can a high rolled epic affix actually be higher than a low rolled crystal affix? If so, what qualifies one as crystal and the other as epic?
If there is no simple explanation, I can show images.

Don’t sell any eternal. Convert it to a chrystal when you have enought gold 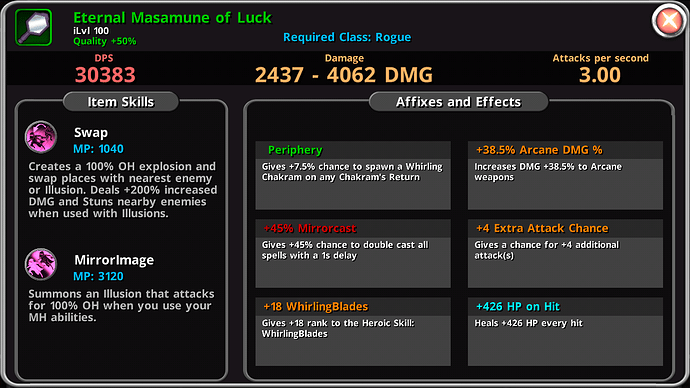 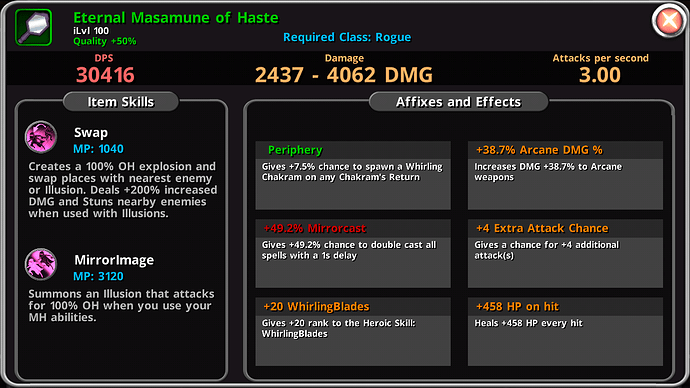 Chrystal affix is the blue hp on hit. The other version is better

But shouldn’t the base stats of a crystal affix be higher than any roll of the epic affix?
To me it’s like having a small, medium and large soda, but the small is bigger than the large. Doesn’t that make the large not a large? Why is it labeled as large?

Notice the HP on HIT

Okay I will try to explain . Say you drop an eternal with epic 2500 armour. Best you can do. Then you drop a version with the same version of that affix and it becomes a 7500. Now that’s great. But if you drop an epic 400 armour epic wize and it becomes a chrystal 1200. Then it’s worth less. However any crap eternal can buy you a random ultra rare gem… all the way to obsidian

Look at your items. Your christaline on hit is less than your other items hp on hit. So it’s crap

That makes sense, thanks!