I have a very strange bug last night.
After 1 week offline i decided to came back at league.
I checked my msg and find 2 msg stating that i surrendered 1vs1 and 2vs2 fight so i loose level (stangely i remenber stopping my streak with a victory for both, but as connexion error leads to this kind of behavior i did not mind that result).
I stop at epic (well level III league) if i remember correctly.

1st match won!
and i got to Mythic league !!! Errr My wizard is not so powerful (or it’s Chuck Norris).
I came back at the main menu screen and got this 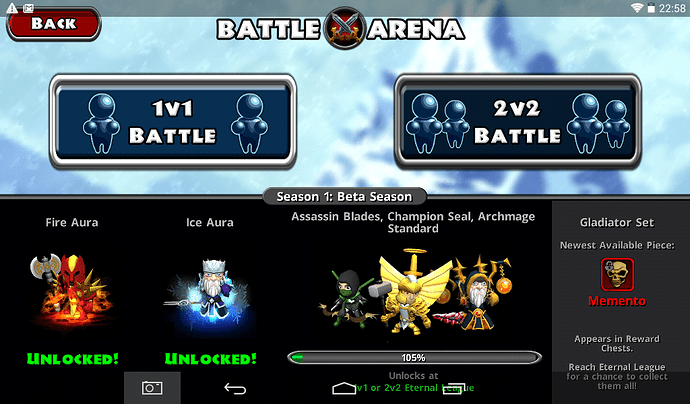 Got this as well 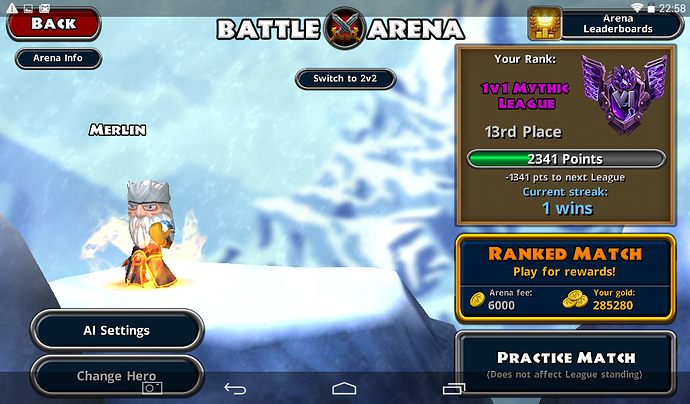 I tought starting a new battle 1vs1 would fix that funny bug.
I won this one too.
Got this 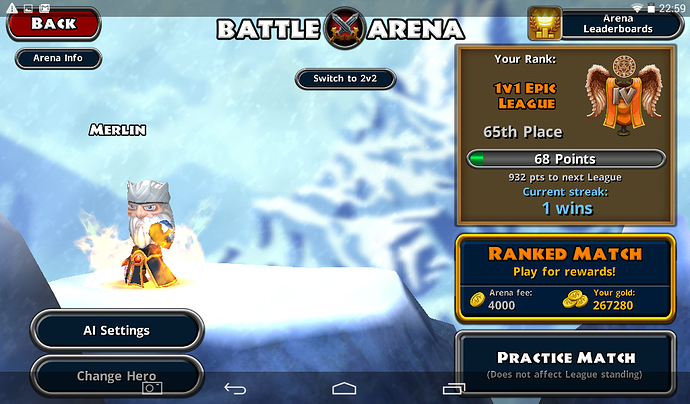 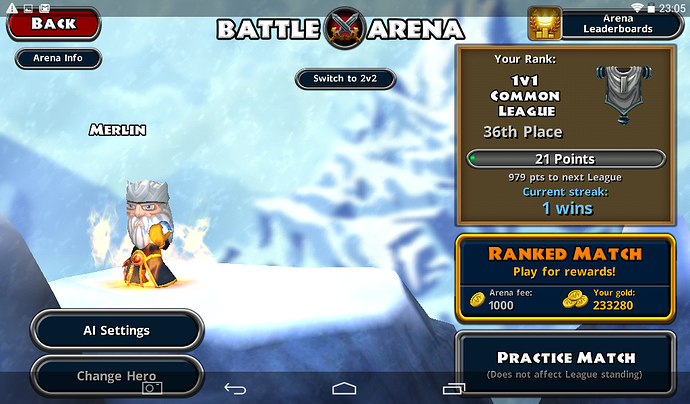 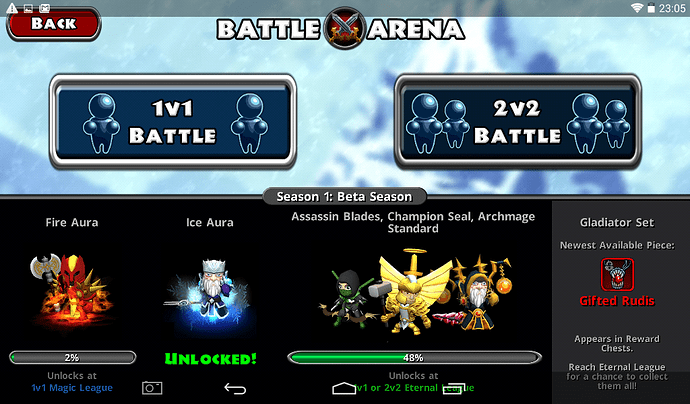 So it’s a really nasty bug.
Can you check this out (if you want to see my wearings, just check my saved game on the cloud, my wearings are the same and you will be able to see all the items, if you want specific screenshots just ask

)
Last info I began to play the game offline (to grind crystals, on public transportation) putting my device on sleep when finished. I wake my device once at home and go on on online mode after finishing a dungeon crawl.

Hey! Thank you for your detailed bug report. DQ needs around 5 matches for updating your current Ranking. Could you do another 3 matches and check weither you are in Epic league again? Make sure, that you have a proper internet connection when you do this.

Hi
I will try tonight.
The fact i don’t earn any chest is a big issue or not?
Thanks

Could you check which version your DQ has? Thanks!

In options menu the game shows only 2.0

Could you update the game to 2.0.0.7 please? The issue should be fixed then.

Hi
I dowload the game and.; Tadaaa tis works.

I got a funny bug (not in the arena, all works fine there) in dungeon crawling: 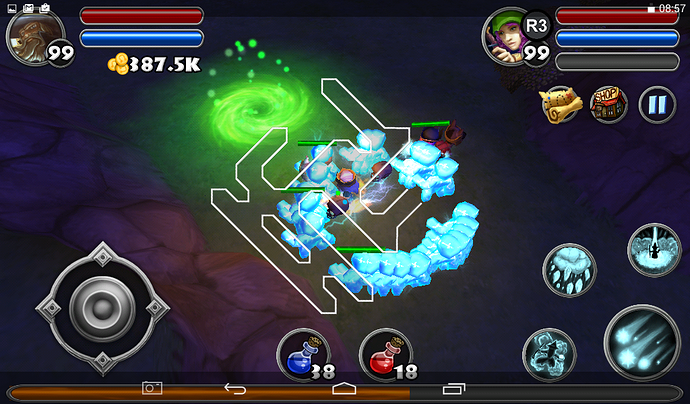 Occured while i was defeating epic ennemies then legend ennemy then mythic ennemy.
Hireling died often (IA don’t want to obey to stay away from ennemy

) and i died once.
Hope this will help you improving this great game

Glad to hear about it.
Yes, it’s a known bug. We are currently working on it