So as usual in PvP I try to stick with the slightly more defensive skills/stats/talents/what ever. The only slightly defensive resource changing mythic is equivalence but I’m really struggling making a build around it. How exactly does equality work so I want my mana and life to be as close as possible for higher dmg bonus? Fury + harmony seems to be the way to go for consistent dmg and some healing. I do have better dmg reduced with equivalence and can spam special alot more. Not really sure what goes into dmg prevented category. Is that like dmg reduced from armor and resist or dmg prevented from dodges and blocks or misses?
I’ll post a build up soon so you have an idea of what I’ve got going on it’s all over the place right now as I am in the middle of a big switch just racking my brain over this. Hard to balance especially with glass cannon p, barbarian and push.

Slightly side not: do not use blood magic with barbarian and glass cannon lol

Here is one of the builds I was kinda trying out with but I’m like 4 diff variations after this at this point but any suggestions always loved I think I’m around div 3 eternal 1v1 with it. 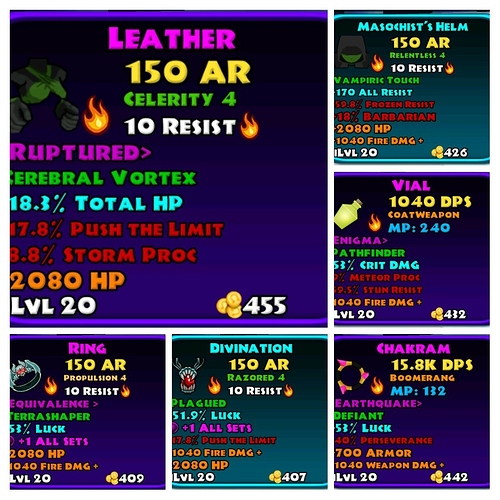 As stated in the Dictionary, Equality automatically balances out your HP/MP pool and reduces DMG by 60% of Current HP/MP equality.