RNG Smiles Upon Us

On the day of January.31.2016, on Act I, Floor 2, Mythic 3, RNGesus smiled upon me, Skaul, and wistfully bestowed upon me a Vacuus Scipio. 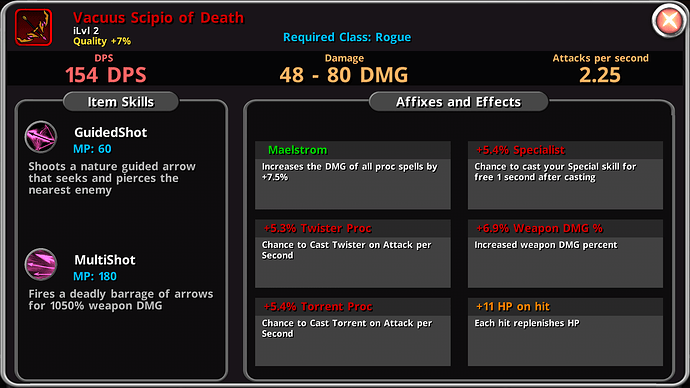 Lol, right? High quality, too. I picked it up off of a shrine champ, and I was like, “Lol, how funny would it be if this was a vacuus?” Then I proceeded to pump my fist and yell. 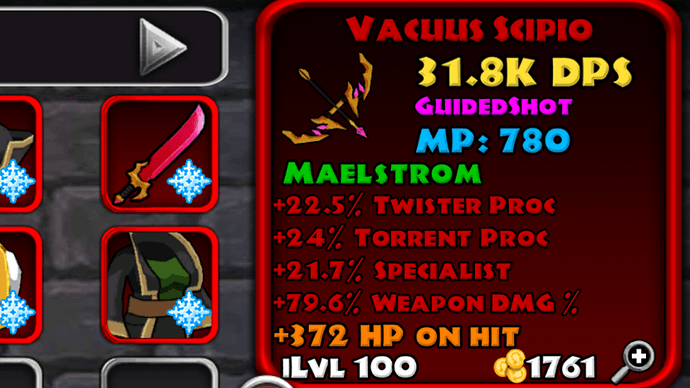 Just got my first one. I thought of this post when I saw the bow drop and said, “wouldn’t it be funny if…”. Sure enough, landed the VS.

I remember the only time I got the vs, I looked at its element first. When I realized that it’s Arcane, I almost called the 911!

The feeling of the shitting of the pants when you get a super rare drop is like no other.

Welp, just got my second VS. The feeling wasn’t the same but still pretty awesome. Now I need an insolence and nadroji ring to finish up my pre legendex.

Yup. Here’s the second one: 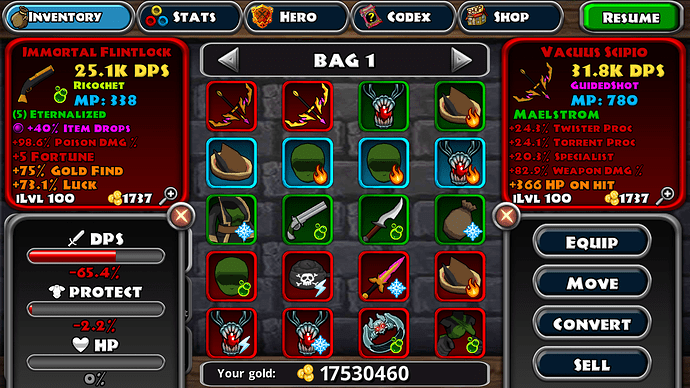 Oh really. I’m glad RGN god sees the good soul in me and he gave me 3 Eternals 3 Crystal legends 4 Nadroji in 4 hours of farming.

Jeez. I probably shouldn’t even read threads like this, it just pisses me off. Here I am grinding 4 minute maps in 191-200 Mythic 3 with crystalline, eternalized, nadroji, max luck/gf/id, and I get junk.

To all those fellow disheartened – don’t give up! We’ll get that unicorn drop soon enough…

wait when it troll u… that time u will know how bad rng god is lol.

Oh yeah he does that everytime i finish Mythic Feat. I always get a crap

He does that every time I use an obsidian…

And here I was on a new character…

He trolls everytime i use amethyst. He also trolls sometimes by giving me no eternals or very little eternals kn some days, other days he gjves me a ton of eternals, crystal legends and sometimes quute a few rare legend.

Got another mutiny gaunlet again! My 3rd one. I did tell you that I hsve 5 inoslance and over 6 mutiny. He troll me jjst as badly on eternal chest too. Buggest troll is when you want a ragnarok chakram or something like that. Also I have not once found a mythstone elixir or crystal obsidian on the ground and same with amethyst!