I would also love to be able to see a view of the entire map at once. I am a completionist, and want to make sure I have explored everything, but it’s not possible unless you run around the whole map again. Kinda nulls the point of a map.[/quote]
You can purchase “reveal map” in game shop. 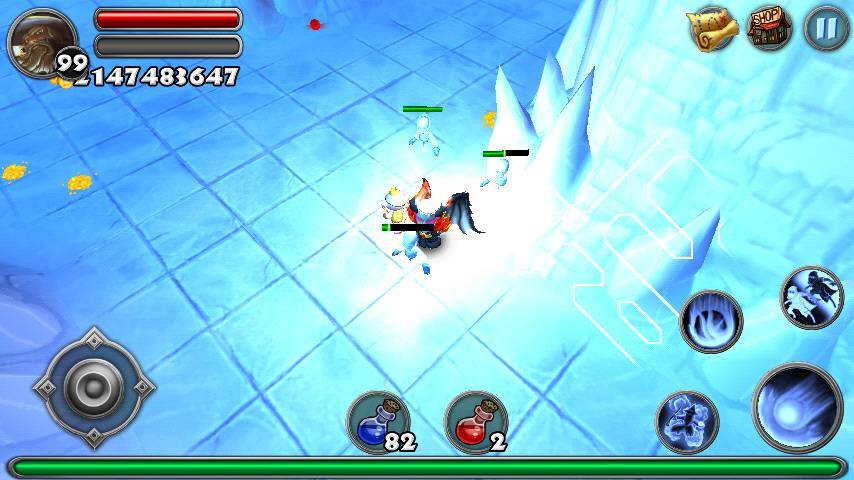 Is this on low fx already?

Try change the fx on the game options. From High FX to low FX.

I agree, having the map change contrast for different floors would be nice. Better would be an option setting to choose what color we want the map to be.

As for seeing all the map, yes please. Would like to be able to slide or resize the map to be able to view all the reveiled map without having to go there. Sort of the point of having a map lol

Sent from my H866C using Tapatalk 2

I don’t think the resizment of a map is quite useful, it’would take time to code it, and not really useful, at least for me, let’s being honest : the dungeons aren’t that big

the problem here is it harmful to the human eye play

When you purchase a reveal, it shows a much larger portion of the map than normal, so the size change is obviously already in there.

is a revealed map larger than unrevealed one?
I’mma check it

[quote=“Nizaris”]Hmmm… I may have been mistaken on that. I swear it’s happened before, but I can’t reproduce it atm.

But anyway, it couldnt be that hard to add a map tab in the character screen that displays a full screen map of our progress.[/quote]

Could be useful in another game in which the dungeons maps are huges, but I never seen than in DQ, the map are kinda smalls

Also, you’re talking about a “map tab in the character screen that displays a full screen map”, so with your system, to check a map you rather do :

Each time you wanna see the fullsized map? it’s not really ergonomic

a white fill with a black outline is visible against any background. Although, Im not sure if it would be too distracting with that color combo.

Please dont forget the note to highlight legendaries on it;)