I just want a clean record in battle arena but i cant make it .bcause of searching issue giving me lose record even im not playing?. Or isnt possible someone using my account?
Searching for 10-15 secs then cancel = lose?

You will lose those points at some point in time. Some of my losses that occur that way can take up to two hours to show up. The point loss is always -31. Since your internet connection isn’t working, you connect but when you cancel, it counts that as a defeat or abandoned match. I have ~6000 matches in arena right now with 107 losses. A bunch of my losses occurred that exact way.

Unless you have given your email address and DQ password to someone, you should not worry about someone playing under your profile mate.

So thats why . thanks mr.scooty for clearing… Its hurt losing while searching . internet connection ****!

mr.scooty got an awesome record and a very good connection

Honestly mr.scooty is my idol before and until now. Because of his standing… He got my eyes just wow amazing record ! And hoping i can make it too.

Thank you so very much!! 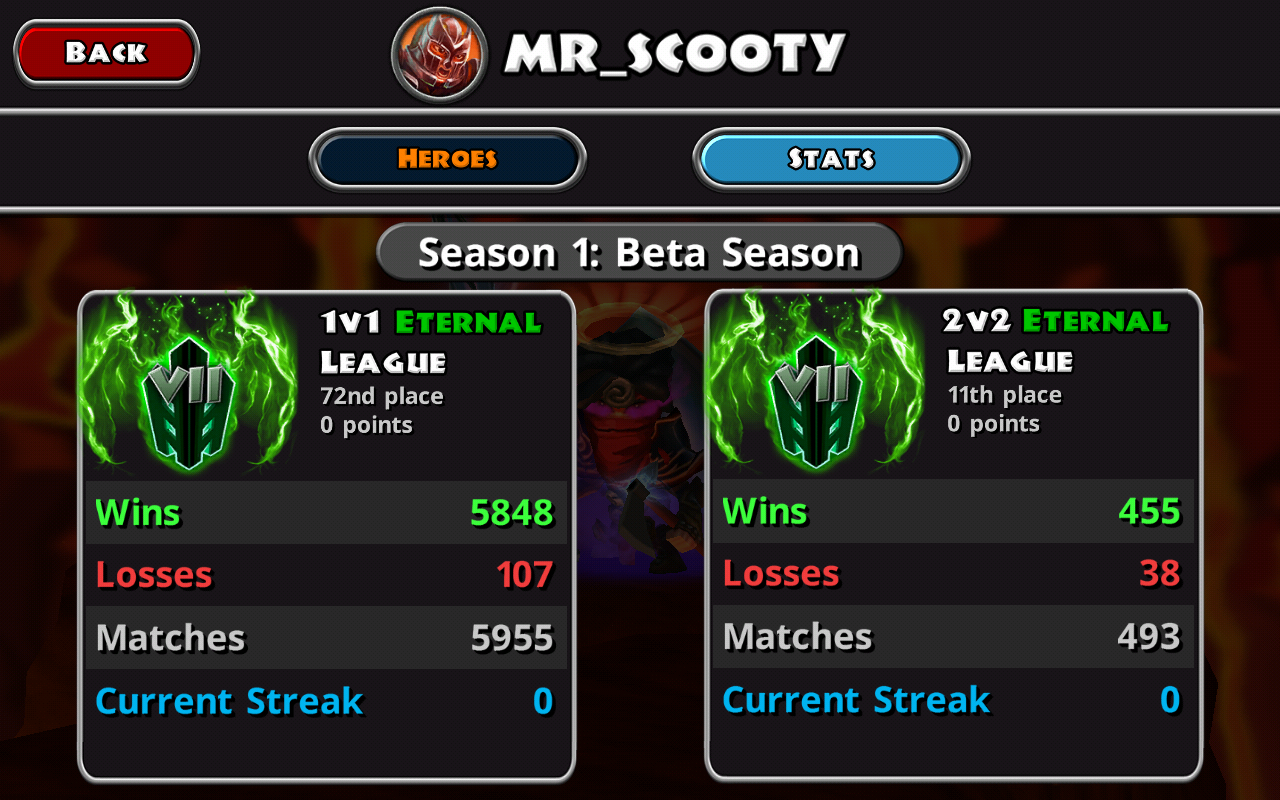 dang, and this is just 1 season. You’re the man!

did you sleep or not lol

I have been out of the arena for 7 weeks, except for a small test run last week. I did not farm for the first 3 months of this season. I will be back soon.

I just came back for some chest farming

I decided to check my arena level given matches above. I wish there could be auras above level 35. 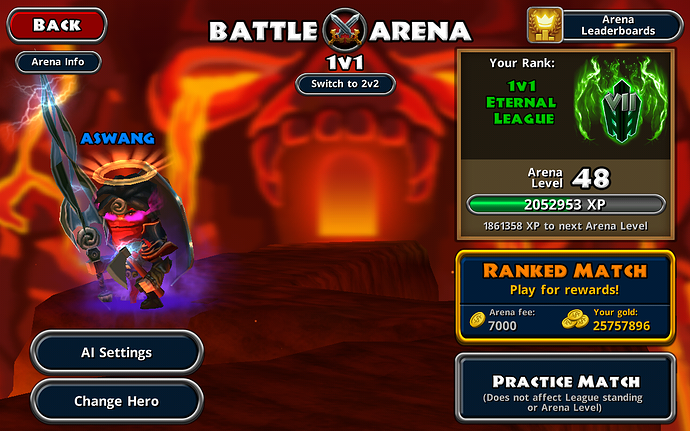 I’ve been hoping for that too. Got mine at level 40 and was disappointed that there are no cool perks after level 35. Nice character name btw.

How long a match?

Most of my matches were ~1 minute total for all 3 rounds.

The name of my Warrior, of course.

An Aswang (or Asuwang) is a shapeshifting monster in Filipino folklore usually possessing a combination of the traits of either a vampire, a ghoul, a warlock/witch, or different species of werebeast, or even all of them together. It is the subject of a wide variety of myths and stories. Spanish colonists noted that the Aswang was the most feared among the mythical creatures of the Philippines, even in the 16th century.

Sounds scary and yes, I was aware.