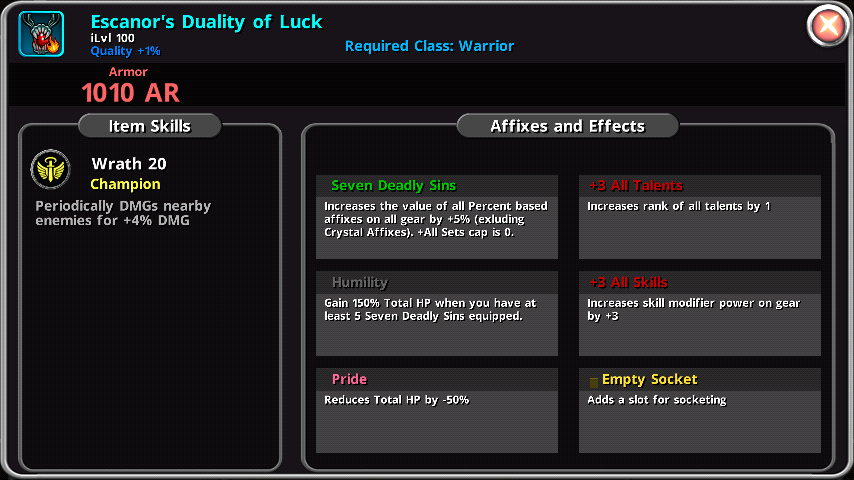 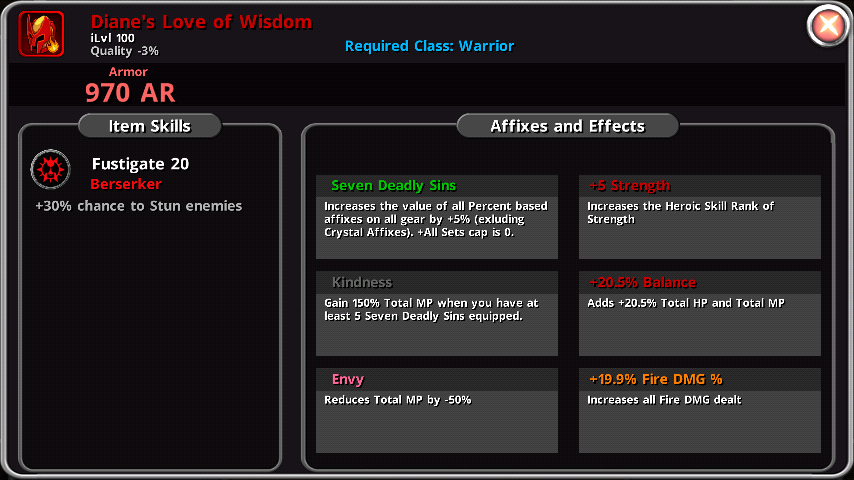 Kinda rare or bug?
As you can see my escanor’s duality light blue name while my diane’s love is red kindly explain this items why it is not red?

2 posts were merged into an existing topic: The Question Thread

@TeaCup do you know why they have different color names?

Pink is a negative affix while the grey is positive affix, the grey ones are usually dependent affixes though

He means the icon.

Oh, apologies, basically the first one is a glitch, it should have been a crystal legend with an obsidian affix, but it never had an epic affix to become an obsidian affix. Id recormend keeping it… After they patch the bug, it will most likely be one of few, so consider yourself lucky i guess because not many people will have one of these ^.^ but it depends how you look at it… Yes you have onw of a kind but its no different to any other normal ones

It’s a bug. Noted. Thanks for the bug report.

Moved all the off topic to the question thread.

Thank you for the answer guys