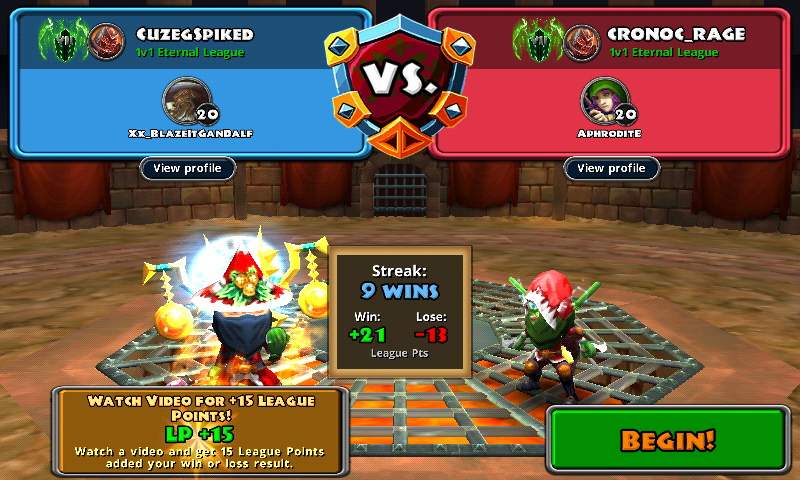 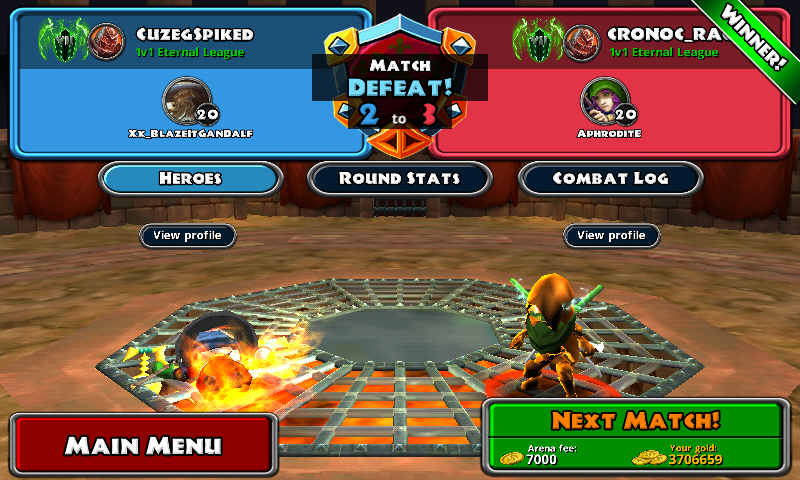 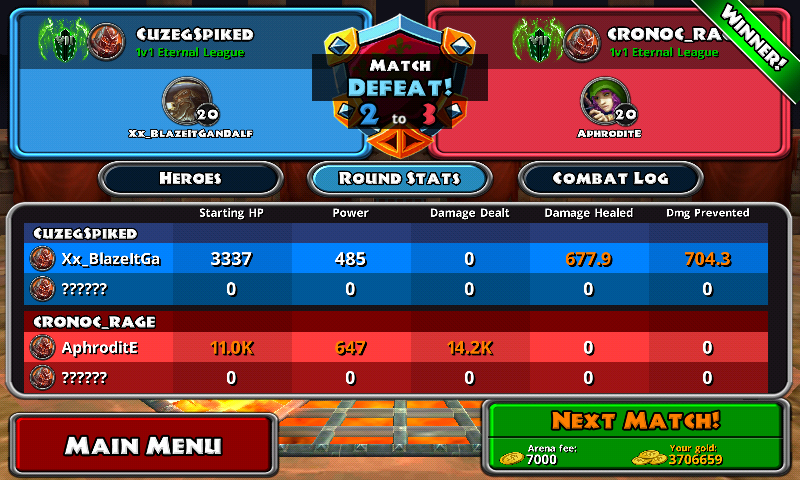 As you can see, I was pretty close to beating aphrodite rogue from @cronos4321 and I am proud of this. My gear stood some chance because of so many lucky random stealth activations and me doing what I normally do. This battle is where I wish I had inferno and vampiric touch as well as more bleed chance and maybe some changes to build like oh stealth and blink proc.

Tuis is how I feel when I first face him. Any suggestions for my defense as well for when I am offline. Here is my current setting 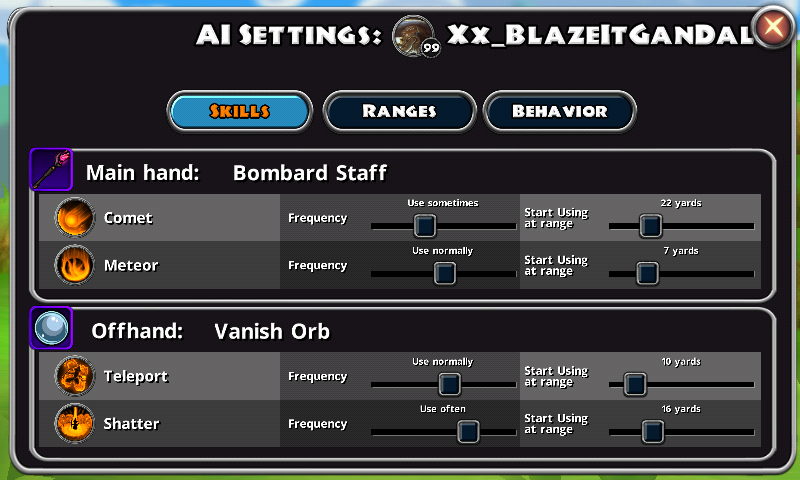 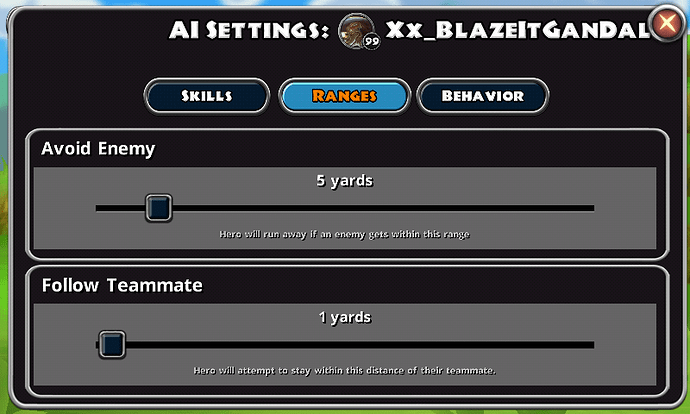 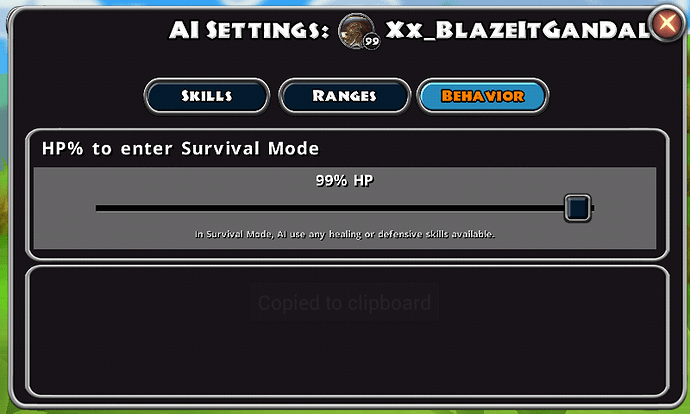 My heart felt rushing when I faced him and it was a quick but fun battle. It means my build is better than I thought in pvp. Anyone faced me and what is your result against me? Also did anyone face top player opponents and have a close victory.? Any answer is helpful

Very nice at least now you can see the result of your build. When you get to higher rank you’ll go against even tougher opponents.

I’ve faced you and the AI is fairly easy to beat. You do great damage but die very easily. I usually just torrent and run and you die before I see you so I can’t offer any real advice. Might just be a strategy advantage that player will always have over AI.

AI is great in DQ. But it’s still AI. It’s always gonna have a downfall, and I think wizard downfall is defense. The best AI I’ve seen is rogue with bombs AI.

It’s cronos ?
Sometimes I beat him him in 2vs2

The third time I faced cronos, I beat him 3-0 flawlessly but that was kind of lucky and it was my first time beating him.

I can beat his AI easily, well its an AI and not the real player lol

Is there a way to make him constantly move around and towards you offline mode and of course use meteor when close to you. The closest thing I have seen to a teleporting wizard is enigma or teleport constantly towards you then destroy opponent. I guess it takes experimentation for the offline AI to be effective. Cronoc Ai or berrys Ai and some other tough opponent havr very good AI setting. Blinkers sometimes are very effective at this. 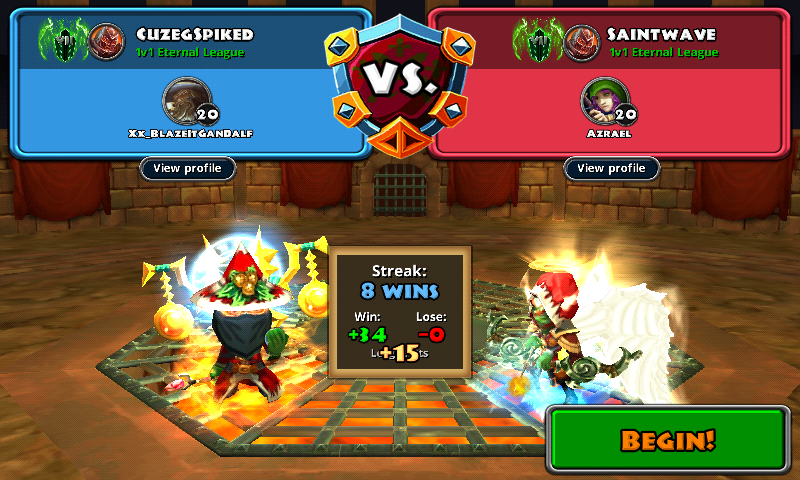 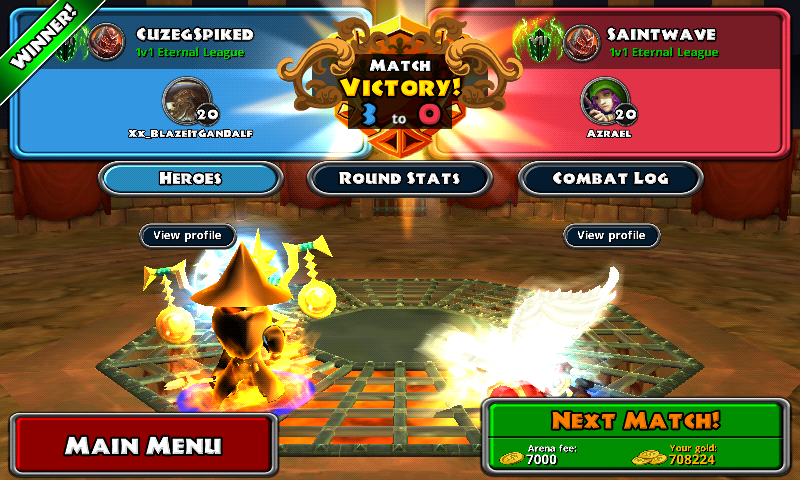 I just defeated saintwave with my build flawlessly. I had like 3 stealth procs on gear plus vanish so that helped too and this build truly is anti lohko unless they have high hp. My biggest weakness is blinkers or super tanky builds. I also don’t have inferno rage or vampiric touch. The armour from plagued really helps but I could change plagued to vampiric touch for extra bleed, heals and armour. My final proc could be an extra coat proc or torrent but I will test further.
I do defeat some blinkers and some camping rogues that are hard to defeat because they have stealth and high hp but its just luck from stealth at last second, bleed or fire dot. I still have much potential with this build and I didn’t realise its kind of anti lohko. This build needs aftermath for fear and taunt proc as well as reset cooldown for either which is helpful against any player especially blinkers, tanky builds or just any AI in general. Correction: I only have 2 stealth procs and 3rd stealth proc is from vanish. My new limit is 11th place and my build still unfinished. I am farming for eternal trophy again

. I tried the first time but eternal chest gave me eternalized wand.

Lohko is the most weak in term of defense, lohko is only for kill not for defense actually. So basically when u encounter lohko build it kind of free win lol. Unless the player clueless and just take the shot head on lol. 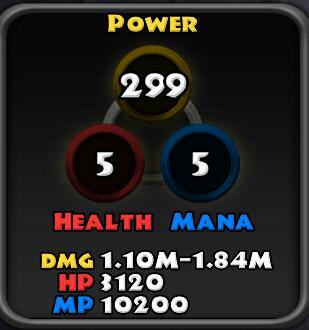 True its not hard if you time everything

build thing with crazy idea give crazy result lol. and it can still go up to 2M-3M if i want but my hp definatily will be only 1HP.

well al i can do is this haha 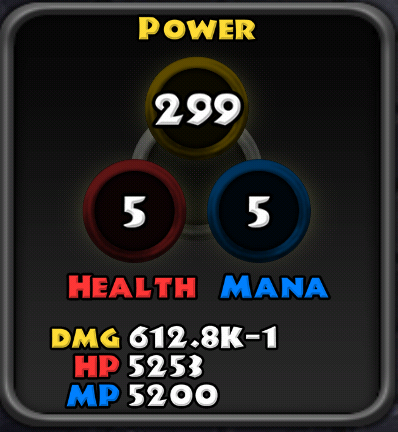 that good enough lol. Dps dont really show how powerful the attack. it still depend on build and how u costumize it… but still it nice to see the result of your combination.