Some expert Build with high Hp and good DPS :) for Hiking

Id say you dont need hp for hiking. You just need to increase you dodge and block.

What class are you playing?

I plaay with move spd and dmg in hiking. Yea also dodge is important.

Move speed always in every game

. Also damage and dodge. Block if you have room for it too since you can get block on all classes offhands but warrior has the shield natural 10% block.

I think rogue doesn’t appear to have the 10% base dodge from what I’ve observed but this is quickly made up by power 103, dexterity. Although she probably does. I know other classes most likely have base 10% dodge. 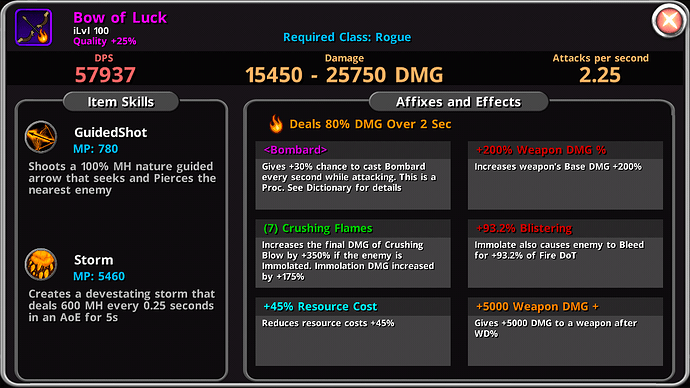 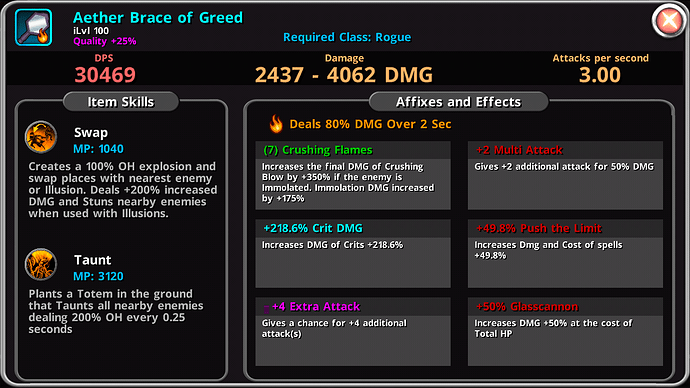 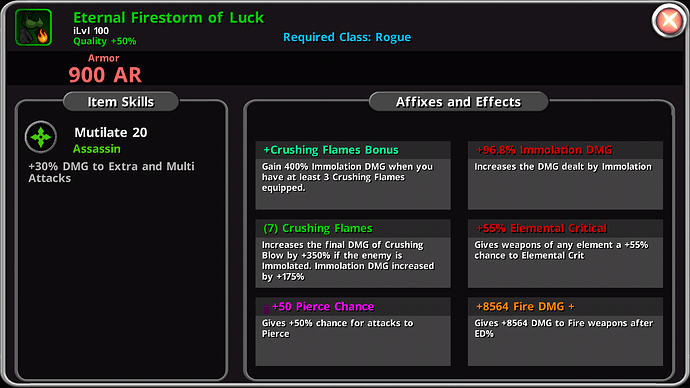 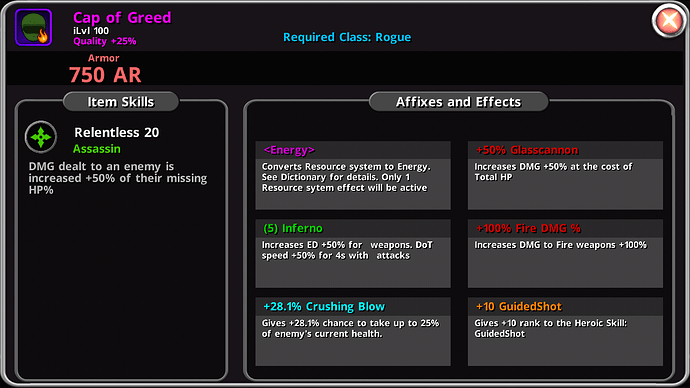 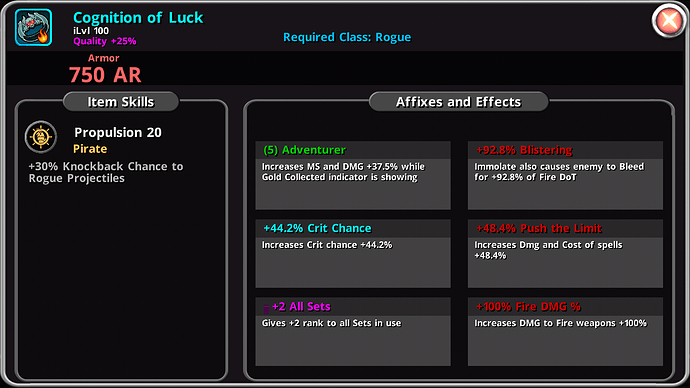 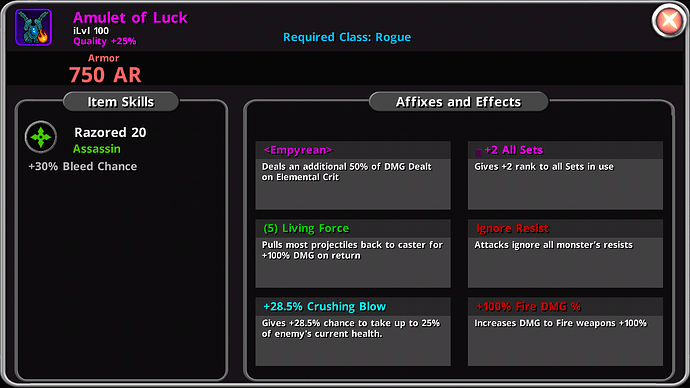 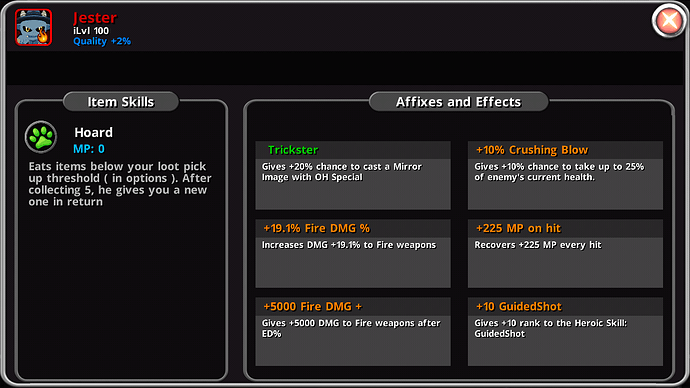 My rogue build. Its really expensive tho just base some affixes on it. You can also craft a robe with crushing flames with CF BONUS OF COURSE. and craft it. It doesn’t have to be eternal.

Btw this is for hireling and not very Good in solo hiking.

ill start to imitate that build

I suggest farming first. Reach floor 300 or just floor 250. Say… Do you have a hireling? Its important to have a wizard character otherwise it will be very hard farming for that crushing flame bonus in the wizards robe.

Wahahaha yeah offcourse xD ^^ and im on floor 1.2k but im not satisfied by my build so I ask for some other build guides

Thanks again I appreciate ur build suggestion

You can place what ever pet you want in that build. Doesn’t matter, just put 10 guide shot on it