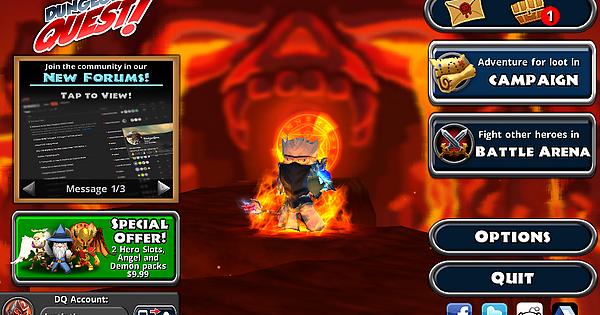 Can you post pics of aftermath legends? What are affixes?

I just posted the imgur pictures . It says imgur on this post to find my pictures of my aftermath gear affixes and the original affixes the aftermath gear comes with. Affixes are stats on the items like 4395 weapon dmg + or %, Hp 5000, mp on hit 143, 1 extra attack chance, 15% poison dmg, etc. Those are affixes. There are many different types of affixes; they are: Normal affix (yellow affix), Epic affix (orange affix), legend affix ( red affix), crystal affix (bright blue affix) and set affix ( green affix). To add these affixes, you use the larimar crystal for normal affixes, topaz for epic affix, ruby crystal to add legend affix, amethyst to add a set affix and obsidian to add crystal affixes. Also you could use angelite crystal to add epic or normal affix but it has a chance to remove your precious affixes which could downgrade your item from rare to magic and its not worth it. There is the mythic affix but you need 4 mythstone slots and specific mythstones to obtain them which is very hard and thats how mythic items are created.

My gear has crystal affixes due to using 3 obsidian crystals from the kind developers who gifted it to me and everyone else. Also if you do happen to get nadroji ring or amulet, this gear will be even more powerful . Also definitley get fortune to 20+ for better chances of legends/crystal/eternal legends. There are no eternal affixes as of yet at the moment though and unfortunatley you cannot add or remove affixes from eternal items or any other applications except use calcite to change element of eternal items.

Aftermath is a very powerful affix because in full power, as long as you get mp easily, you can shatter then press meteor summoning meteors constantly without cooldown stopping you. Its even better with 40 hero points because you can summon over 5-10 meteors or more in seconds then reset cooldown to do the same cycle again. With cosmic power, it speeds up the process, adds more meteors because of mirror images and you can teleport really fast as well.

I hope this explains this well to you and hope you suck less at this game.

I remember using pencil and paper to create this build. Cool to see it’s now a thing.

Thats nice to hear primeva. I used to think im the only one with aftermath build but im sure there are many other wizards with aftermath although not too many use it properly like I do. I just posted this build so more wizards can use it and I can face more challenging wizards in battle arean because lately i havent really found someone with full aftermath gear at all and i keep winning in battle arena with the aftermath set. Its been working well for me for a long time that I got to epic league even . The original aftermath build isnt the same as mine. Its literally 4 aftermath but with 5 meteor as the only change and having any sort of hat and amulet.

For me, the cosmic power amulet and head works so well because it makes my meteor faster, teleport/shatter faster for ninja style attacks and have mirror images for my attacks.

This build needs to be more popular because I would be interested to see how many aftermath builds you could make out of 4 aftermath legends. I got to floor 150+ with aftermath build on mythic 3 with ease which i think i said before. I do know that you can handcraft aftermath sets with adding mythics and your own affixes but thats more of a higher level ability. Still the handcrafted builds are also interesting. Also you dont have to copy every single detail of my aftermath build and only need to copy the +5 meteor affix on all of them. The optional things are adding crystal affixes, empty sockets for endow mythsyone on the skyfall and event horizon and adding quality with emerald until they are +25% on the weapons. I got twister proc on my catastrophe signet which is lucky and I added it with ruby to add legend affix. This will need incredible luck so if it doesnt appear its expected and Im sure you wizards can find other legend affixes that will help make this set more powerful and probably even better than twister proc. If your lucky enough to make mythic affixes go ahead.

I hope you understand guys

I remember using pencil and paper to create this build. Cool to see it’s now a thing.

Primaeva?!? It’s been awhile, nice to see you again!

Looks like you are in love with the build. I don’t use it myself personally, actually. xD I created the concept for some forum contest and they became items after I took a short break from the game.

Hi Steiger - yeah, it’s been a while!

You guys are doing REALLY well – as we all knew you would, given the dedication to developing this game! Hope it’s a lovely revenue stream, and I love watching videos for boosts - a very nice and fair opt-in!

Sorry I disappeared for so long - final year hit, and then my first year of work. Now that I’m settled in, time to revisit one of my new handphone faves.

Although rats! I can only have 3 void tome summons it seems. Haha. Messing around with the new rogue.

Do let me know if anything needs heavy testing

When was aftermath set first released? I used this set ever since i reached floor 40+ and discovered its true potential. It was more powerful before the battle arean patch because leech had no limits so i always had mana to destroy enemies but i think it was nerfed a bit after battle arena patch to make sure i work harder to make my gear better and so i did. When i discovered cosmic power and ultra rare crystals, my set had been winning me battles until epic league and i got over floor 165+ on mythic 3. I’ll show the updates i made to the set to show its potential. As i said many posts ago, this set has so much potential with any powerful affix. I think nadroji, mythstones and maybe even alternate legends such as magnus robes, cataclysm and pandemonium will make this set even better but I have yet to try it or handcraft it.

Also the images i shown before on imgur were my aftermath gear a while ago. The staff and orb had 25% quality because of emeralds but the robe, amulet , ring and head had 0% quality. On my updated set right now, they have more crystal affixes and the rob, amulet, ring and head has now got 11% quality.

Sorry I disappeared for so long - final year hit, and then my first year of work. Now that I’m settled in, time to revisit one of my new handphone faves.

Happy to hear that things have settled down

When was aftermath set first released?

I want to say it was during the Warrior Patch, so very long ago. Primaeva actually came up with the set idea ( and the early version of Cosmic Power ) while testing the patch.

These are the images of how i updated the set through 5 floors and many opened maps to gather a lot of crystals to change nature to greed then getting quality to 11% on 4 of the gears which were catastrophe signet, frostfire regalia, astral communion and astral vindictation. This took a while but im doing my best. 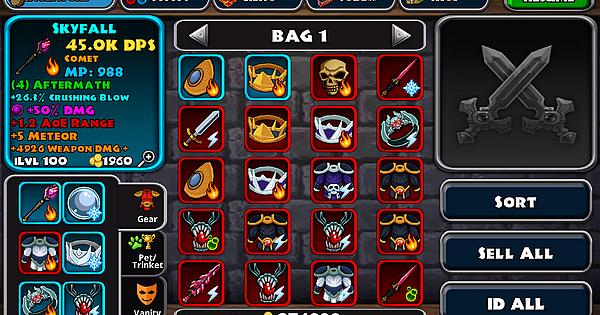 Damn i didnt know this. It seems he has made a very good set for people like me. I certainly enjoy this set and even better at battle arena patch. I dsicovered this set about 3-4 months ago and developed it the best I could. I was playing for at least an hour each day which is more than enough for this set to develop better. I did play a little bit longer though when i posted this set here on the forums. Krep going SteigerBox, your doing a great job at making this game a truly best ARPG game ever! This game will probably revive the old rpgs and grab more people who are into genuine rpgs to play this game. I believe this game should be more popular to the world. I have a suggestion to add a story mode to this game for the floors. I hope its works and is a good idea.

Set update and its almost maxed to the point where all of my equipment are 25% quality. Atm its 25% on weapons and 20% on catastrophe signet, frostfire regalia, astral communion and astral vindication. I got to legend league very easily and I believe it will smash legend league too. I wreck players quickly by teleoprting fast then summon meteors with meteor proc and twister 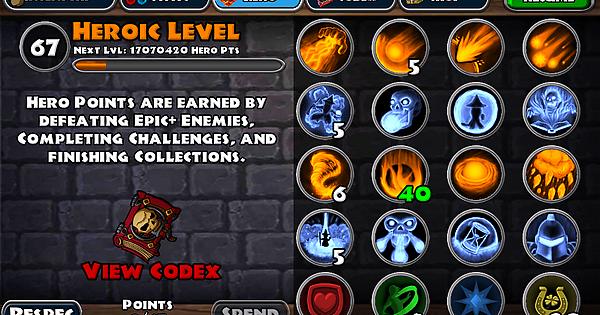 Guys if u see this, you dont have to copy exactly what I have done but thid is just my version of the afermath build and how I’ve been using it. Post yours to see which is better in case you like to. I am sure there are better builds

. Id be excited to see a nadroji build.

Wow i didnt realize my first ever post became this popular!

. quick tip: replace aoe range with extra attack chance or 50% dmg mythstone. Also if your not a pve person, replace crushing blow with deadly strike crystal affix or more critc dmg or replace with elixir mythstone. Also for head, you can use energy mythic and this gear is flexible with farming as ling as eternalized or crystalline as long as it has meteor skill from ameythst. Do whatever you want with this build!

Amber oops*. I would definitely advise you to use elemental damage+ or % up to 5000 or 20%. Stat points is subjective but for me 180 power, 40 hp and rest mana. Also as well as meteor to 40 hero points, have dexterity or fortune to 20 and comet or shatter to 20. If you happen to use a sword/wand/gauntlet as well as comet, this set will be flexible with them as long as they have meteor skill from amber crystal.

umm hello. i completed the aftermath build but i still die from a few hits and i’m currently on floor 490 m3 and i can’t even get to the cartographer without dying several times. any suggestions would be much appreciated

(edit: sorry, i forgot to tell this is my build) 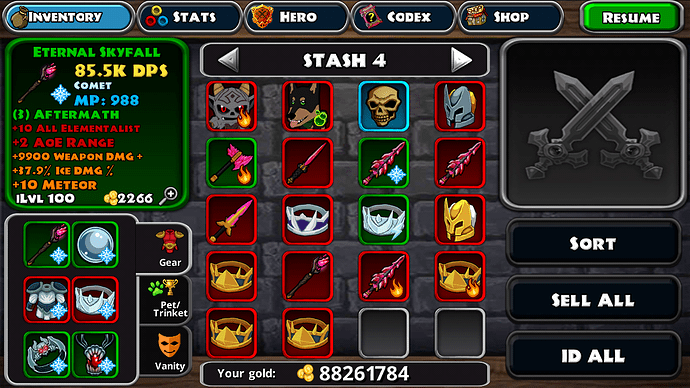