My wizard has been busy recrafting. Photos to follow 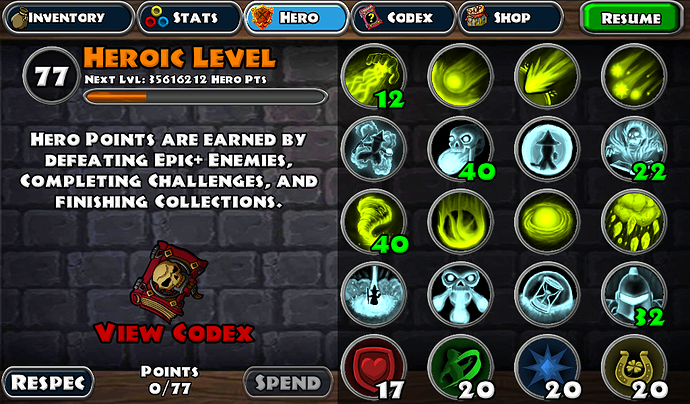 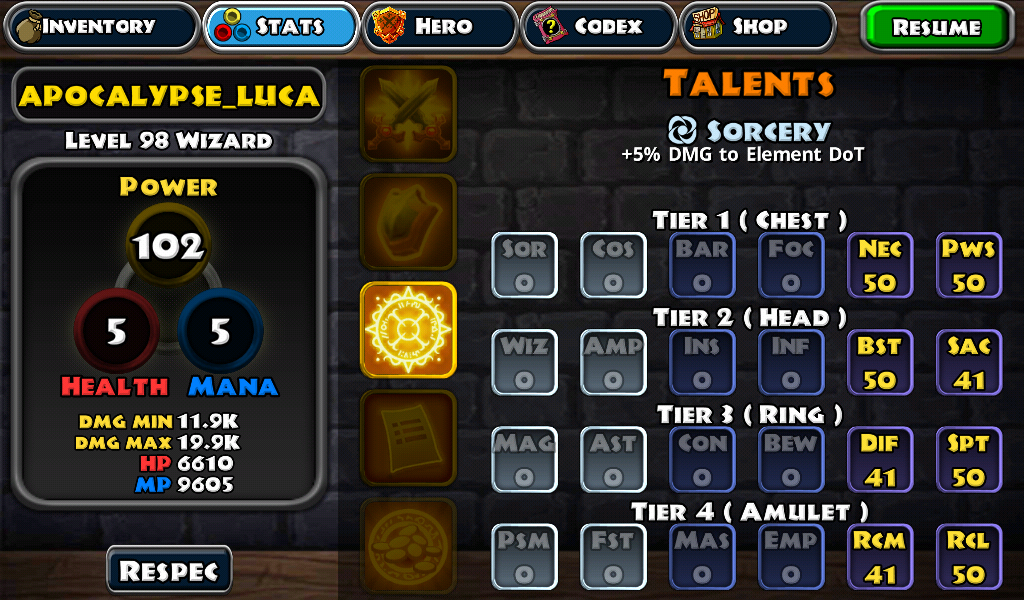 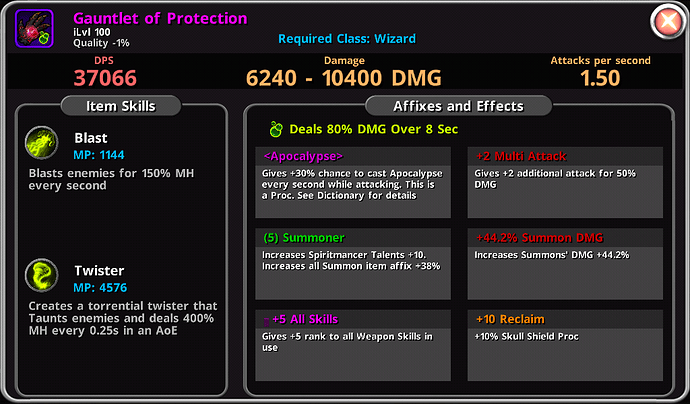 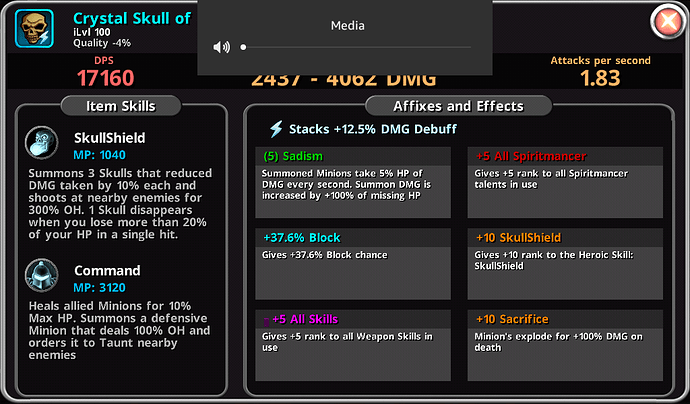 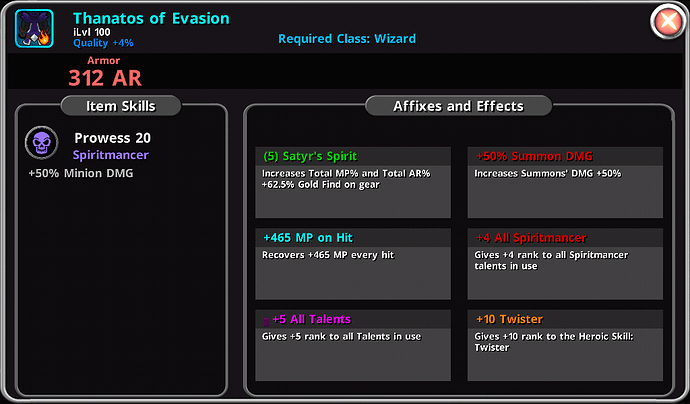 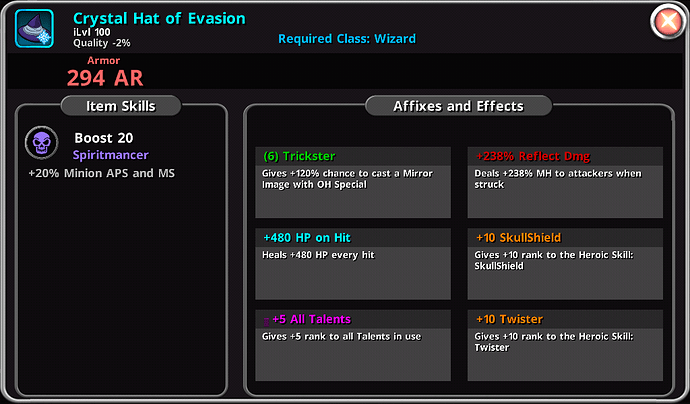 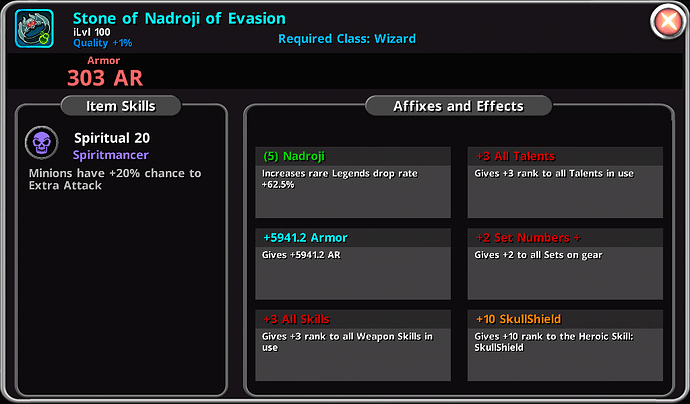 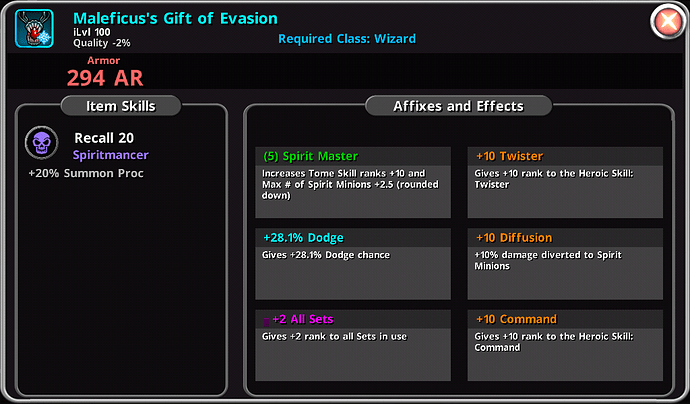 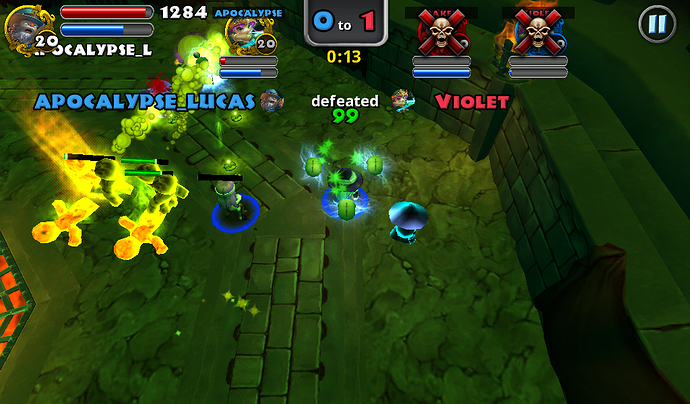 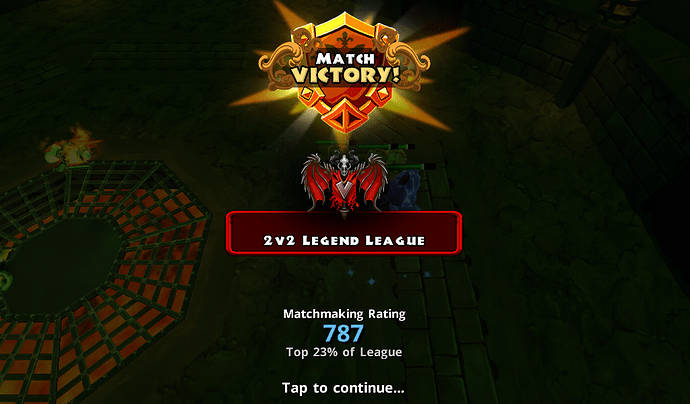 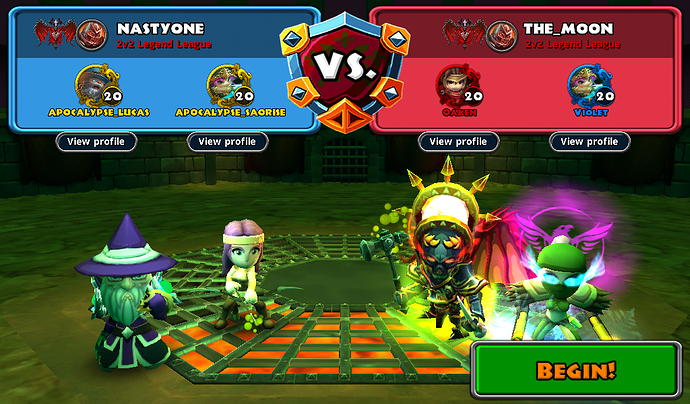 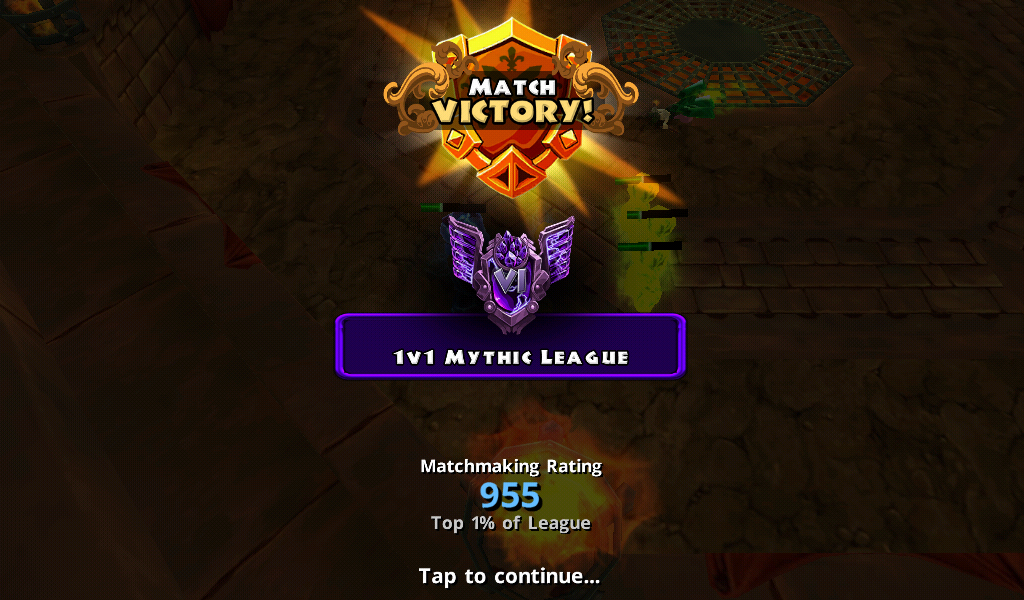 Looks like a fun build xD I see the variety of builds coming on!

It was fun seeing your army of furies. 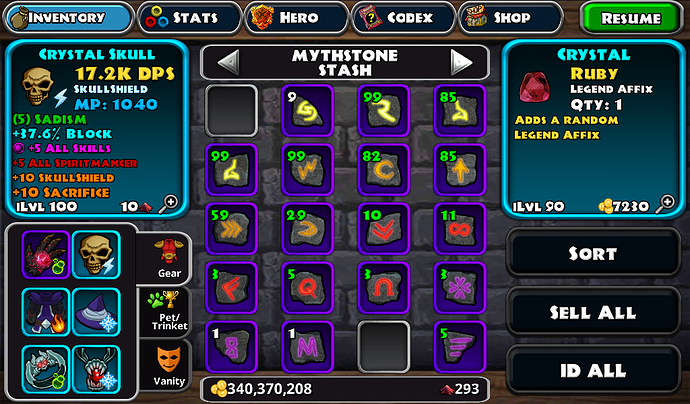 I like your super spiritmancer build. just to be sure, do some of the talent buffs allow you to get over 40 when used together? seeing those numbers makes me

. makes me want to try something similar to your build.

I think the cap for talent is 40 in PVE not sure in arena.

The cap is 40 for talents. I was wondering how @dickwad had 41 and 50 for the talents. Was it because the gears had Legend Talent +, Spirtmancer +, epic talent +, and I think Mythic Talent +? That is why I asked. Unless it is a typo or a bug.

Since he uses + All Talent it gives him to raise above the cap. On PVE some of it is useless but in arena I’m not sure.

@PaNgaHazZz + all talents. True, all that talent might not be good for PVP, but they would make a great build, at the cost of gear space. I was thinking of a Wizard with all 8 Elemental Talents.

Yes hp is lousy. He’s just ascended for the 3rd time so he’s out of PVP commission till he levels up

Not quite. I depends of your gear and where you put your stats and hero points. But for this type of build you could add some hp related affixes but if you can’t just put them on a pet.

My wizard is tough. My rogue dies quickly

Omg. You’re one of the guys that melted my face every time I try to PvP. Rawr!!

And whoever that veneficus guy is… there’s like 6 different versions. All slightly more annoying then the previous ones. Lol