Finally I got to top ten of eternal division 1 what a relief for me because its been 2 years I played DQ and its worth Cuz I’m in the top ten just for now. I saw the name KISSMYAXE and I was like “Agree!”

what do you mean by your statement? does it imply that if we see the top kissmyaxe, we’re in the ban league? how come i haven’t heard of this ban league before? how do you know if you’re in that league or not?

To be in that league is easy! Cheat! Hack! and voila!

ah i see. i just asked because i used to see kissmyaxe on 2v2 and i stopped arena since 2.1 came out (been hunting for the rare 600% ed set) and just saw your post and checked it out. anyway thanks for the info. didn’t knew such thing existed until i read the cheater report thread a moment ago.

Wow, congratulations! You are one of the best among the douchebags now

Good to know they’re in one place. 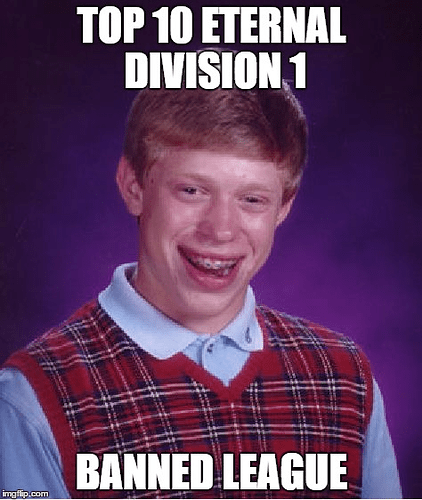 kidding aside.
If you think you have been transfered to the banned league without reason you can appeal it at
support@shinyboxgames.com 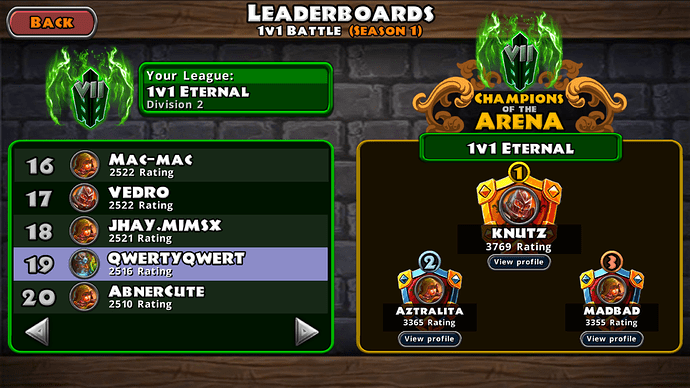 Why theres a lot of division?

Because there are many people in eternal league. Which means there are a lot of people in the top 1% of all arena players.

Division 0 is for special children though

@refia is this guy is a cheater and how would you know if you’ve been banned?

Calling me multiple times won’t speed up my answer.
Just take a look at the global top 3 ranking. As Emman said if you feel that the ban isn’t justified, please contact the support including your DQ-Account: support@shinyboxgames.com

If i saw this knutz means im in ban league?