Was happy with up date then I start to see basis items drop so I tho I check my stats and the I see my luck): 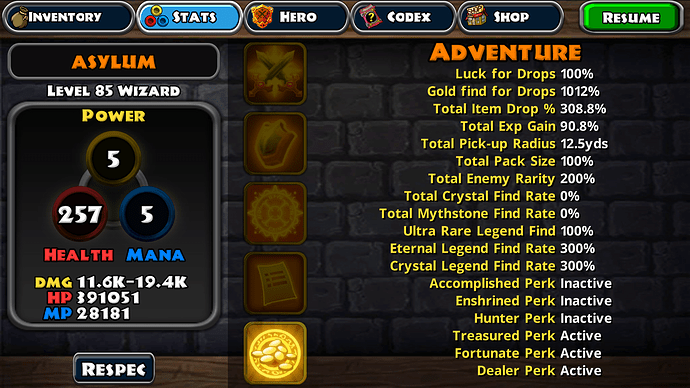 This was my luck befour update 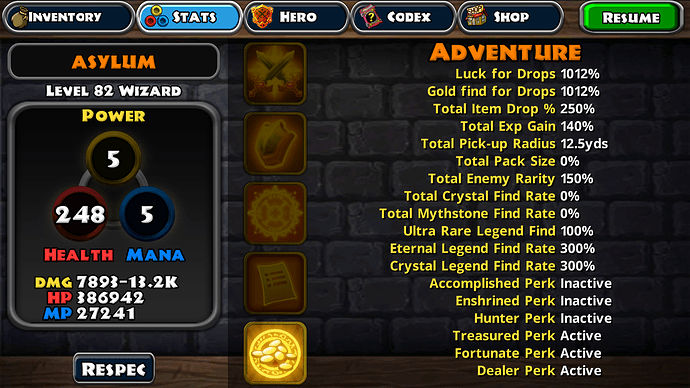 Should be fixed with the next patch

Any news on update need my dungeon quest fix

its now thanksgiving here in the states. All the builds are done and submitted (a few hours ago) but in reality the app stores will not be looking at apps until Saturday. They are mostly closed on thanksgiving day and friday as well (as far as I know).

Any changes that effect the skills or damages in the new patch/update?

I am out of the loop today but I think there was a luck issue in the last patch that was fixed in todays build. We also have patch notes up for patch 2.4.0

I feel for you, as I’m in the same boat…luck stuck at 100% and mythic monster spawned with white drops

Agreed. I tried farming to see if luck was just a visual bug. However, after five maps I only had two legend items drop and half of my drops were normal.

So… You guys recon we can expect a solution to the luck-bug today, while ppl are still digesting the turkey, or shouldn’t we expect a fix until some time after the weekend?

I will not be able to push out any updates until apple and amazon get back to work from the holiday. I have everything submitted…just playing the waiting game now

Allright. Thnx for the info:)