Vote for your most underated eternal item

This is my choice 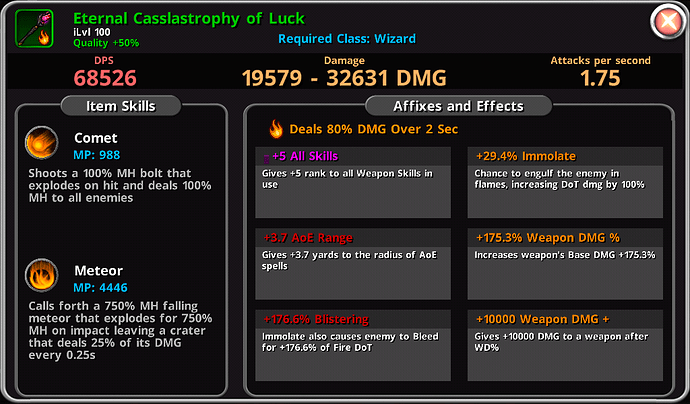 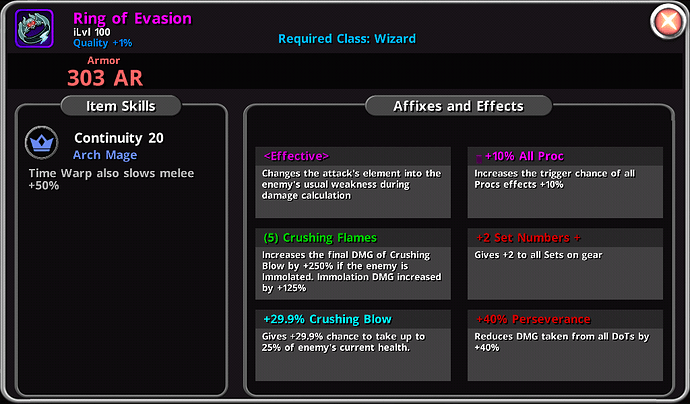 any MH with inferno set affix

gives wd+ and hp+, along with others useful affixes which vary class to class.

Yep. It was one of the popular weapons in eternal league once in arena season 1 (before divisions) when blinkstrike was popular and fire+bleed. It was so good. Its still good today but since fire isn’t ideal on eternal league, the inferno set affix you may or may not use but the other affixes are great.

My most understated mythic would be … No surprise… Apocalypse lol. Why ? Because when ever I duel someone with the same build it is a bad day at the office

And its very disorienting

Underrated eternal : Fabled eternals . They can be handy and they used to be much rarer. Still rare but at least not as rare and dust ftw. I mean even though you can’t remove the Mythical set, its still a great eternal simply because you can use Topaz and get what you want on it as well as a mythic you desired. That means unreal hood and fabled weapons.

Good farming items they are.