What do you think of my farming gear :) 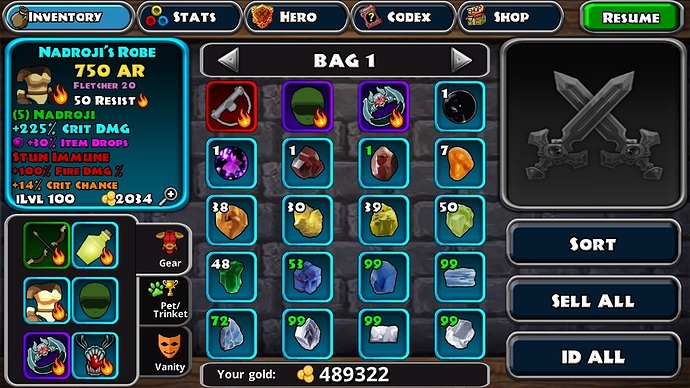 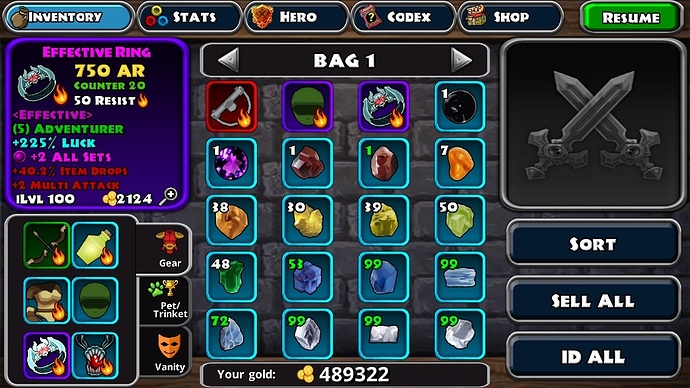 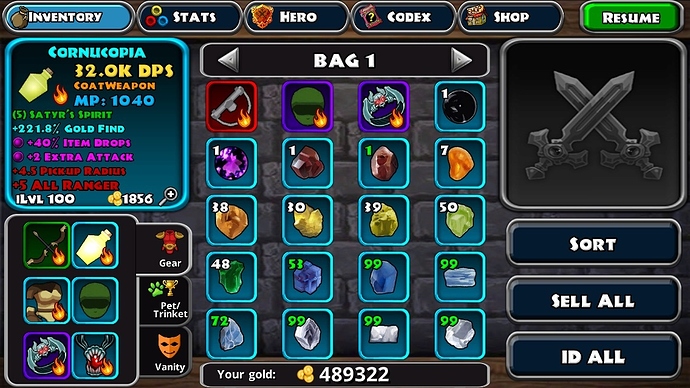 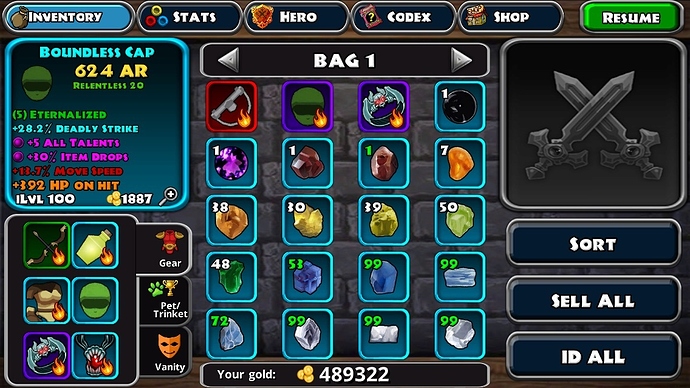 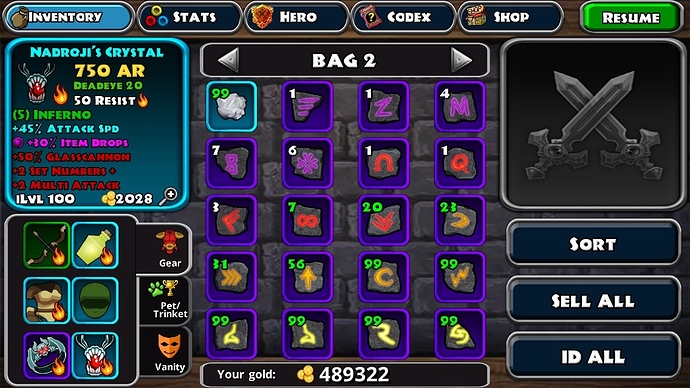 Pretty nice. Now you just need crystalline on your weapon so you find those crystal legends in bulk.

Energy mythic is very nice on a bow build. You can have bonus dmg and won’t have a problem with maintaining your MP.

I think it’s better to use like crit chance or dodge rather than hp on hit. Because you have glasscanon and mostly need to avoid damage rather than getting HP.

Ambush is nice as well as a talent
Ensnaring as well or propulsion for stunning.

I actually re organised my heroic skill points and buffed up my fortune! Now have max 650/650/200 it’s a bliss lol and thank you, il tweak my natures some more