What should I add? 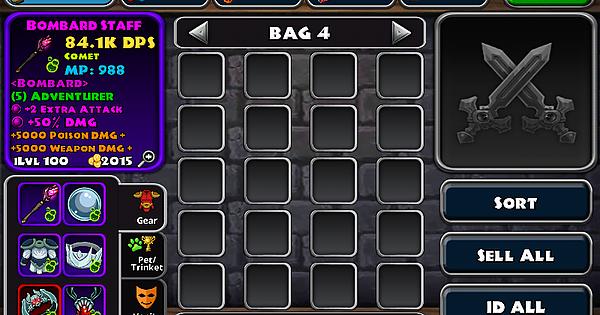 This build is pretty good by itself and I am planning to replace timewarp with blight and mythical with torrent proc. Should I choose overload for weapon because I can always jasper an overload flintlock and use it on build and maybe use rage helmet? Also what procs need changing. Maybe blinkstrike? My build in pvp works by getting as close to opponent possible, dealing as much dmg with procs and possibly stealth activating. I do have coat proc too and storm.

My original plan for staff was druidc to join with plagued for pve since my purpose of the build is for both pvp and pve. Aftermath is on amulet and maelstorm is on chest and cosmic power is pet. My trophie is flawless victory .

Should I make this build for both pve and pvp or strictly for pvp and what should I change if so. In pve this build can deal up to a billion dmg and in pvp, it can sometimes deal 30k+ dmg In one hit with meteor or shatter and if stealth activates. Sometimes I deal more dmg but thats rare. After shatter and procs deal much dmg to player with not much AR, the dot does the rest of dmg and silence helps and I can then strike again. Bombard too helps with this and sometimes sureshot. On person with high AR, it still does a lot of dmg but less than it can usually do. I juet need some advice to have finishing touches and see whether I need to change my build purpose to pvp srictly or not. Do I need 100% Ed red affix ? The build in pve almost works like green garden but not very good at it. 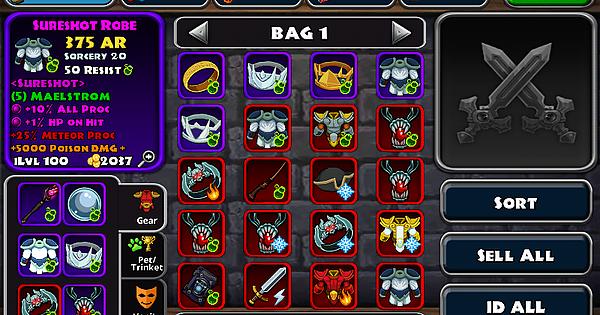 Here is the rest of the build. 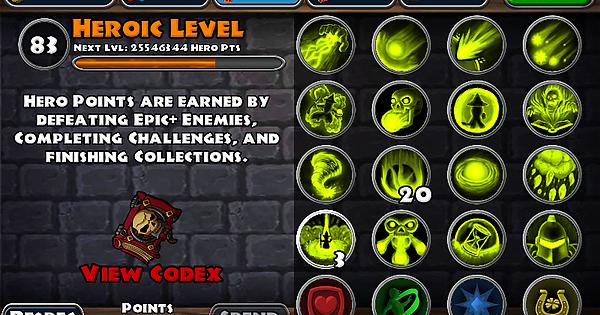 Here are the stats for the build and all my natures are greed for higher gold find in pve.

I just fought with your wizard again in pvp. at first round he was running at my warrior so what I did was just use toss and let bleed kill him. on 2nd round, i was curious and i let him get near me and i actually had a hard time dealing with him and i got killed. eventually i won by just using toss. I think you need to change your off-hand special skill to Stealth.

Then that would render aftermath useless. I see where your coming from though. Shluld i change element to fire like LOHKO. What set affixes could replace aftermath. I was thinking having blinkstrike proc or skill too . This build takes loooong time. Think my wizard was running around because of the settings on Ai. Im curious on what settings I should change it so hes more stronger in offline mode.

Are you the lance warrior who I am having hard time with but eventually defeated? Since my goal is to get to opponent as quickly as possible and do so much dmg even with stealth, maybe blinkstrike.

I am unsure to try things so I may need a definite answer. Berry absolutely smashed me in pvp before I could even hit. I could even try discordance blinkstrike with stealth if I have to remove aftermath. The set to replace aftermath could be : overload, rage… another method maybe to improve is stealth, meteor skill but have blinkstrike proc.

your way surely like mine. i always curious on how other player build work when i face them for first time lol. First round always let those uncommon toon kill me and see how it work and set my timing. second third and forth round. well u know haha.

I just tested all fire and it really works well both on pvp and pve. I just need a way to increase fire dot and bleed dot to almost make it have the purpose of a OHKO.

I am really having a great time and im glad I chose fire. Its basically my favourite element since the beginning but I chose poison simply because I saw how powerful it is. I could increase blood chance, add inferno and other suggestions.

Should I change meteor to blinkstrike or just keep blinkstrike. I’m using discordance to test discordance blinkstrike stealth. I really need to keep studying my pvp build to see what I should improve.

I tested your suggestion and I wasn’t having a good time with it because I didnt win as much as I would’ve liked. Maybe next time I will try it if I change anything proc wise. I will keep the shatter and meteor but set wise I wil changed plahued to vampiric touch because I am fire and Bleed damage also is essential. Also planning to change adventurer to Inferno and then I go with my original plan. All fire is way better than all poison for me because it deals faster dot % dmg. 80% dmg in 2 seconds is better than 8 seconds. Poison is still really powerful but I don’t have the things ready to make green garden. I will at least attempt to make a firey build based on fire dot. Eventually, I could try adding more dmg somehow and possibly turn the build into some xtreme build. Its the grind for eternal pets and trophies that get me in the end once I finish my plans.

Since i realised that fire deals fast dmg over time, I chose fire element. Also I chose it when I realised about the bleed dot blistering gives and how powerful bleed actually is. I never really thought bleed was that good but I changed my mind.

oh i see. well, stick with whatever you think is best. Also for end game build you may want to consider farming for items with +100% elemental dmg (nadroji robe, mutiny and insolence).

I just realised it isn’t like ultimate as green garden or lohko or blightbog saboteur. It’s not that good in high floors but okish in multiplayer. If I make this multiplayer centric, what affixes should I change completly and which to. Which affixes shluld be turned to red ED% and maybe defiant. How did clogon make his a loop of taunt and fear? I heard that clogons timemage build can do that.

Anyway what changes should I make to make this deal more dps and more tanky. Its hard to make creative builds

.
@cronos4321 or anyone? Can you please see what I could change to make it real good you don’t mind. I used to think my build would be really good but it’s not as good as I hoped from theory.

but if you wanna change something, look at other builds and how they create mass amounts of damage and try to add them into your own build
For clogons build, the only way i cou!ld think of doing it would to make a warrior designed specifically to repeat cast the skills from procks and jaspered aftermath peices but for a timemage? I have no idea, just stick to your own ideas and make them as strong as you can. Personalised builds will always be better for you since they match your playstyle

Thats exactly what I am trying to do

. Fire seems to work best in pvp for my build but in campaign, poison seems to be the best. My biggest problem is lack of knowledge of afffixes and how everything works to make huge dmg, etc, etc. I always likr to make aftermath builds because that’s my playstyle and my favourite one indeed. As I said, my biggest problem is resources such as high rarity crystals and knowledge. Hopefully, 2.1 will make more players like me introduced to rarer crystals and mythstones. Before I was given free crystals anf mythstones, I had absolutely no idea that those crystals such as obsidan even existed or the forums in the first place. Also same with before 2.0 . My problem is the way to get rare legends crystals, mythstones and knowledge of certain functions. When I was making this build, I did study green garden just a little bit and tried with whatever I had and the same with lohko. Just need more experimenting I guess.

Haha, well if your struggling for knowledge about affixes and legends there is an excel document filled with them that i found oout about today and for crystals and mythstones, well mythstones are quite straight forward but the crystals such as amythist, obsidian, ruby, topaz and all those items they are just down to experience and being able to remember what affixes you managed to find using them

Also to any players with a good understanding of these crystals, if you know of and resources thast could help all us lower experienced players with crafting, that would be much appreciated

when crafting u need to consider all factor ive been repeat this alot recently in msg,facebook, thread eth lol. okay lets take 1 as example, why timemage use tome instead skull/braced (insolance) with +%ED legend affix.?. tome give more benafit, summon damage using MH damage so basicly u dont need much boost for oh. summon can be decoy for guidedshot, blinkstrike and much more auto target skill. when u use summon it buff attack speed and movement speed by 50% (look at tome summon skill and u will know) in arena AFFIX CAPPED down but not the buff. so it give advantage in attack speed and m.speed. and if the user use momentum, that buff will boost damage more than movement speed affix can give.

Look at all factor, and u will be good crafter. and it make easier for u to predict your enemy build…

you are also lacking crystal affix in your gears. You need those ^^

Which crystal affix should I have. I dont trust obsidian much but I may have to at some point. Suggest which crystal affix I could use. I would plan to use deadly strike but to place it where I don’t know yet. Just want some suggestione I guess.