Who is the most challenging AI in Battle Arena?

lets make this thread alive again as what the title say, who is the most challenging AI you’ve face in Battle Arena?

I nominate Swiftsaw (warrior), i use rogue, so its easy to kill tanky types in arena because of burst build, but this warrior is different among those tanky warrior or wiz on arena, huge dmg in an instant and using knightcharge enigma sprint is kinda unique.

I faced SwiftSaw, it’s pretty good. What I like the most is that it’s different from the stereotype BM/Scoundrel/Plagued/Faun/Vampiric.

Other than that I don’t like this thread. It gives cheaters the credit they so crave.

i think i type it wrong, what i mean is i nominate swftsaw , haha

thats right but i dont care about those cheaters, i can beat their AI haha

I faced SwiftSaw, it’s pretty good. What I like the most is that it’s different from the stereotype

Yup. Swiftsaw is awesome. Even if you vault away like I do, he will kick your ass since that Lance is big and long. Teleportation helps though and defeating him quickly.

He even gave me idea for a build that could be possible . I knew Knightscharge had potential in PvP but I never saw many use it.

I think another user of the Knightscharge was Larrybird IIRC or some other guy but he used Elements set.

Wow @Mr_Scooty is strong with his wizard. I knew he would do this! A wizard version of a frustrating build. I was thinking similar/alike lol but not really at the same time. Quite a damaging one indeed and tanky.

. Even flawless victory can’t get past this but that’s to be expected. 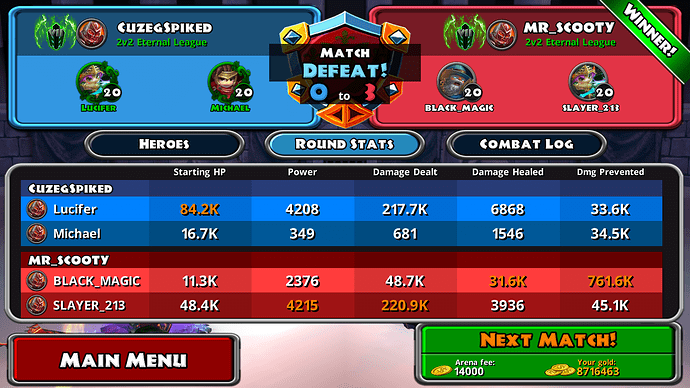 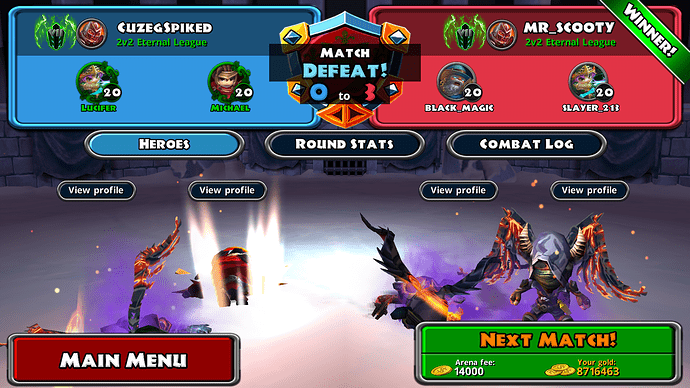 Look like no one except really great player will defeat him. He better than the people who cheat or so. Or unless you draw so many times.

almost 1m prevent! your right it reminds me of frustrating build by: cronos awesome 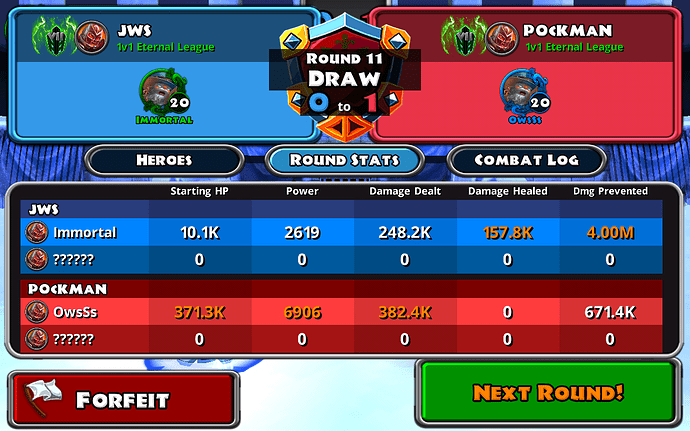 Now Pockman is a joke to me.

Here is the prototype,I had not touch screen,the torrent killed her. 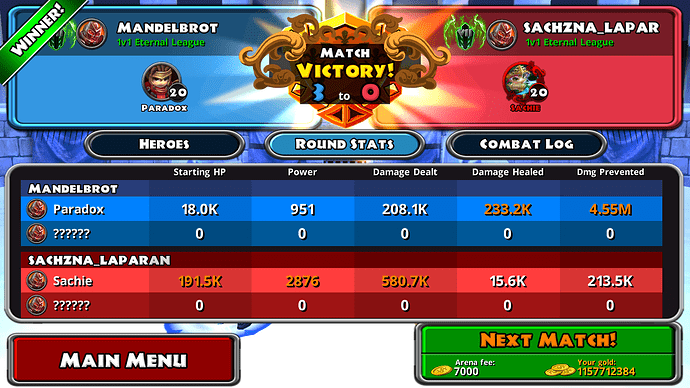 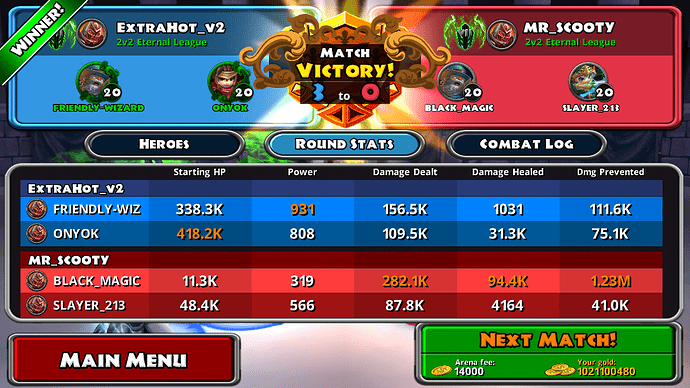 I had theorised about how alchemy could be useful for PvP when that 50% DMG taken restriction was removed but I never thought it could come but seeing how many great minds in the DQ community, everything I think of gets done and everything everyone could think of.
As usual, I keep forgetting that thing I thought would be super useful but it makes me remember once I’ve seen it in action.

So many things I could imagine or never imagined come to life! That’s why I like thinking about builds and thinking of possible synergies . If one doesn’t do it, then someone will and that keeps me playing. The real competitive build aspect ftw!

Even basic possibilities too with certain changes.

Although if cheater gets a hold of overpowered things like these, then idk. I mean if it becomes such a bad thing , then it would get balanced so it doesn’t ruin the fun of the PvP arena but hopefully not now atm.

It takes minutes and rounds to beat that build right now​:joy:

so OP and time consuming

Could someone explain me how does alchemy work? I read it 3 times and i still dont understand it

Basically it sums down to both HP and MP become resource systems instead of just MP.

The MP can act like HP and HP act like MP or vice versa. If you run out of one pool, the other pool gets used up before you finally die (unless the HP pool goes down first I believe but I’m not sure

This is influenced by MP on hit as well as HP on hit, regeneration of any kind , Harmony and /or MP Absorb and things that affect it such as Glasscannon/Barbarian/ Push the Limit .

Trust me I know it’s hard to understand as I had trouble understanding it myself until I actually tested it. It is one of those things that can be complicated unless you test and it still can be complicated due having to balance out both of them but it’s still great when it comes to restoration , especially when using things like harmony and I can see why it can do a good job in being an annoying PvP build to face.

Me tested alchemy in floor 200 with MP Absorb and those enemies can’t do anything. No matter how much they hit my Wizards my wizard just heals and stands there. Then Regen and stuff. I can kind of understand how it happens and I barely tested.

Thank you @CuzegSpiked you made great changes to your rogue.

@KAIZ0KU you will always have a spot in top rogues as long as I play the game.