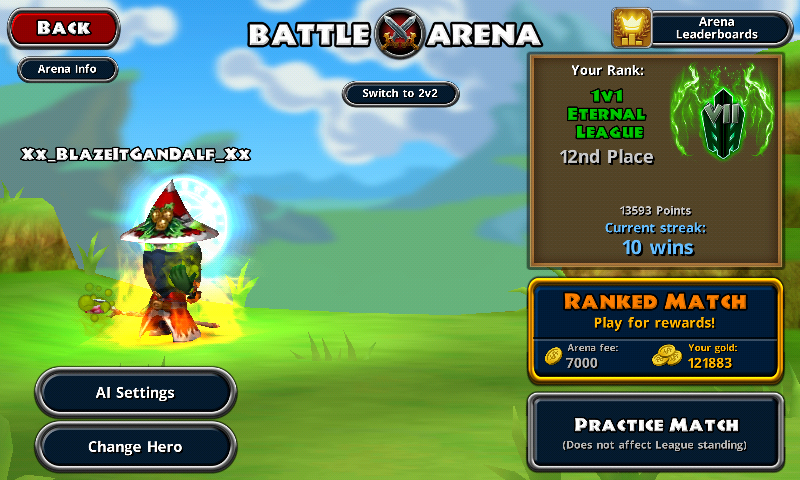 Got to eternal league quite easily with lots of wins in battle arena and also, now I know that you don’t need to be first in mythic league to be eternal league but you need top 100. I got there using the ultimate aftermath proc build. Vanish and stealth proc with other procs and mythics played a huge part in this as well as skill qnd constantly pressing adverts for +15 league points. My build isn’t even finished yet but close and I got eternal in no time.

When I didn’t plan on using time warp proc, it kinda helped in my push to eternal league as well as my 5k ED dmg cosmic power pet. I was actually planning to have torrent proc but oh well.

The only annoying thing about the push was the adverts. The adverts kept showing word up or the other sorta same adverts. Dungeon quest really needs more adverts so its unlikely to see the same one again. This same thing happened with criminal case adverts keep on showing up. Thie case also happened everytime I boosted to work really hard to finish my build in campaign. These builds take forever

Oh and I said finally because I didn’t move from mythic 3 leaderboard for a week or two and it took a long time to get eternal league before that. Since I went to arena today, I got eternal league surprisingly with ease (kind of) with my unfinished ultimatr build. I wonder how I will do at eternal league. This is me with eternal league vanities. 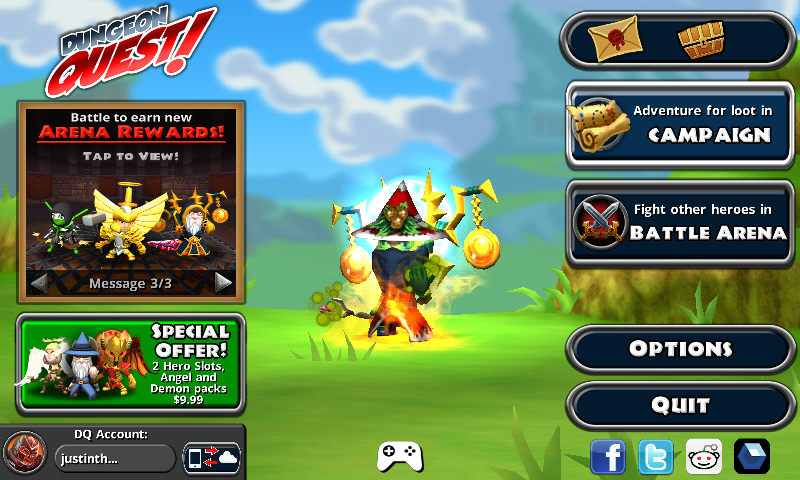 After my builds finished, the only thing I should strive for is eternal pet or trophy and possibly more builds. Eternal pet, Eternal trophy, Eternal item and Eternal league sure takes eternal to get them. Stealth proc reaches a long way for sure and with vanish, even bigger journey. Stealth and huge dmg is key for pvp. Wtm I qm 60th place at eternal league. How many league points is certain ratings?

gratz making it in eternal league. last time i fought your wiz it was still at mythic league im sure ill face your wiz more often now ^^

Haha I noticed! I didn’t know I was that good to get top 12 in eternal league. How many league points do you need to get first in eternal league? I got to eternal league also because I had great faith in the build I was working hard for anf still trying to finish.

it’s usually around 3100 points. it depends on how far you would like to go to get more points.

I am almost there too! I am actually 1st in mythic league right now, but can’t seem to get into top 100! How does this work?

If global rank is not based on league points, what is it based on and how is it calculated? I can get a pretty good streak going, but then lose, and go down like 50 ranks. I just don’t understand

the more league points I get don’t seem to budge me any closer to global rank.

What’s up with this system?

You need to constantly get a 10+ win streak to get to eternal league in mythic league and very low loss chance. Also you need to be actuve and play for a bit. When I added mythics, my win chance increased enormously and I advanced really quickly to eternal league in a flash. It doesn’t matter what place you are in mythic league but as long as you reach the top 100, YOU WILL reach eternal leagie. Eternal league is pretty hard because you wil constantly face the meta which is camping rogues, blinkers, moving guidedshot ppls, tank builds and just any hard build. You need a real good build to reach eternal league. You need to be able to deal fast dmg, be faster, high win chance and stealth. Stealth is a staple most of the time to get to eternal league and to get higher too. If you have high dps, trickster can help alot too if thats possible in your builds. You basically need a proper build to reach eternal league with high win chance, high dps and less chance of losing. Fast fast dps is always crucial. Since my pvp build is aftermath proc build, it is fast, attacks with stealth if stealth proc activates and dps is fast. Its always fast fast dps that wins and most of the time, fast movement speed whether its by enigma, orb, shatter, charge, knights charge and more… Tankiness also helps a huge amount if your fast and deal fast dps. I only have 3k hp but i have high chance of survival because of sanctuary, legend trophy and decent stealth chance. I cant have stealth skill because then I can’t move and deal huge dmg as fast as I want to.

Aftermath is best with trickster for more dps but if you use different builds, you can have cooldown reduction builds or specialist affix if you can.

For high dps, you need to consider the element you use, the dot speed or dmg by element and dmg multiplyers as well as overall dps from weapon dmg and elemental dmg. If you choose the fire element which is a big staple in arena anyways, you need to make sure you can have high ED chance first from coat procs, nova, or Red ED and if wizard, you can use sorcery although that doesn’t do too much. Then you must have weapon dmg on both OH and MH as well as 5k Element dmg+ on every piece of equipment (optional:pet if you can). Afterwards, the good stuff can come from how fast you attack and to increase dmg for fire, inferno speeds up dps so it dmgs in less time. For more dmg on bleed, you could have bleed dmg epic affix or vampiric touch or both since bleed is from blistering which makes bleed do the %dmg fire does each second. Whats good about bleed is that it does the dmg that fire does and it lasts longer but still high dps. Then for more dps from weapons, offhand and element dmg, high crit chance to one shot alot of people at the beginning from 45% crit chance, 225% crit dmg cyan affix (optional: with sureshot) and if possible, add cyan deadly or mythstone deadly strike ( brutal mythic if possible). Red Ed can then easily double or triple elemental dps and if you plan to use red WD% it increases weapon dmg alot! Then afterwards, you can add more crit dmg, attack speed if you want, cooldown affixes, mana affixes ( energy is a good example), hp affixes if needed, spell procs if you want and many other really good stuff. It all counts on how fast you deal dps, your survivability and how fast you are.

Obviously you won’t be invincible and nobody can ever be 100% invincible but you will get into eternal league for sure. Mythic 3 and lower have meh builds and eternal league is where the competition really begins, eternally.

Also the only way your almost there is if you keep winning so much and keep playing fpr a while. Its best to just make a great quality build to reach and cope with eternal league. I am already at the top 30s lf eternal league and with even better affixes and improvekents to my playstyle, I will get higher. To be no1, you wil need ALOT of devotion to bring your build to next level and a lot of experience at it as well as lots of help from realoy good crafters in the forum who reached quite high in eternal league. Alot of crystals and some mythstones will be needed for the journey and to get very high, you need alot of cyrstals to make the right build. Obviously a great farming build really helps in speeding the process of getting the crystals you need. Crystals are way easier than before and if gold becomes easy, so will crystals! Just follow this and you will do well! Obviously if your stuck, by all means ask for help!

Wow hehe
I wish i get to ethernal too
Im too close to reach ethernal heheh im 3rdplace now in mythic .1v1. And my 2v2 is ethernal rigtnow

Thanks @CuzegSpiked for the awesome response

I seem to be stuck getting on average of around 6-7 win streak, which explains why I am stuck around the 300-500 global rank. Havent broken 200 yet, unfortunately.

I have a chakram/stealth build right now, with really high DPS (2mill). But it’s hard to play sometimes, because there is no auto aim, and at times it seems like I can’t even penetrate peoples armor.

Def the build is not complete, so back to farming it is! Thanks again!

As you get higher you will notice more weaknesses on your build will unfold. Especially for chakram build. It has mssing pieces to compete with top eternl players. I havent seen a chakram user in the top 50 of eternal = ( So maybe think about what weapon you should use at this point

Range seems to be the real issue, not fast/high dmg.

well for me chacram works very well on pvp it can kill all. but its depend on how you build your equips

A chakram build is op in eternal if your berry or somebody like that. Berry is a chakrqm user who has high hp, enigma or blinks and very hard to defeat since ahes so fast and tanky with high dps. Inferno makes her even better at killing and high bleed is usually the cause too. She also stuns you pretty easily. If you can somehow build a chakram build like hers, you will top everyone pretty easily but its very hard to know what she has because of eternal league filter.

Are yku by any chance berry?